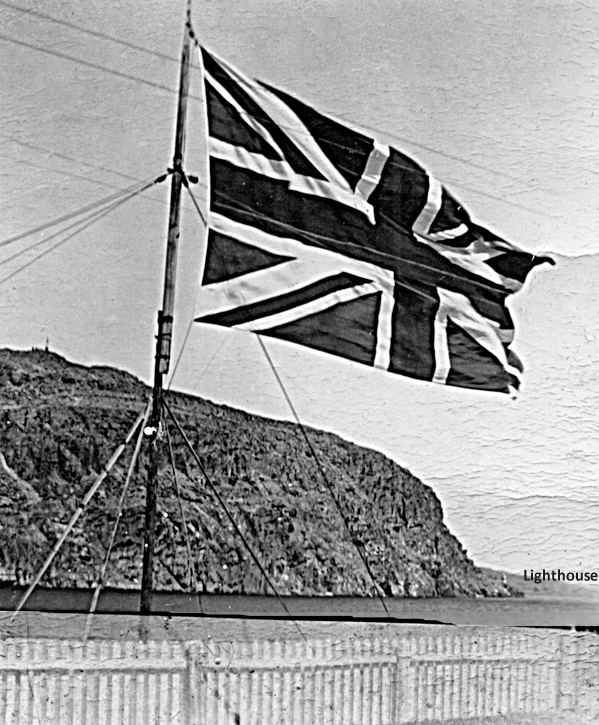 Cupids was settled by John Guy in 1610 and is the oldest continuously settled official British colony in Canada.

An iron tower and store were erected on the west side of the entrance to Cupids Cove in 1915, and the lighthouse was established the following year.

In September 1916, the following Notice to Mariners advertised the establishment of Cupids Cove Lighthouse:

Position - On the north point of the entrance to Cupids Cove.

Structures - The station comprises a round iron light tower, and a small store connected to tower by covered passage way.

Remarks - This light will be in operation during open navigation of each year.

Chesley LeDrew is listed as a light keeper in the 1921 census for Cupids, so he was likely in charge of Cupids Cove Lighthouse. In 1929, the characteristic of the light was changed to a flashing white light with a period of three seconds.

Cupids Cove Light last appeared in the annual List of Lights in 1933, so it was likely discontinued that year. There is no light at this location today.

For a larger map of Cupids Cove Lighthouse, click the lighthouse in the above map.

The Spectacle Head trail leads to the top of Spectacle Head where there is a tall stone cairn known as the "American Man." If you fork to the left after the path passed a bog midway up the head, a trail will lead you around the base of Spectacle head to the former site of the lighthouse.