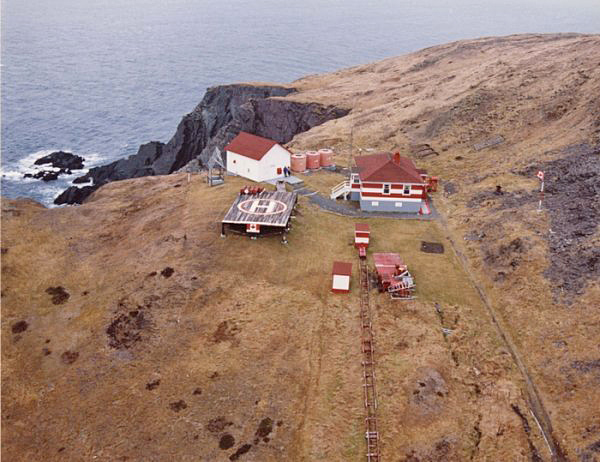 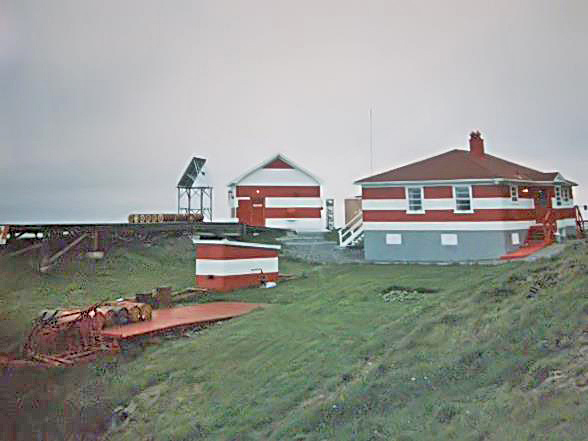 A Notice to Mariners published in 1913 provided the following information on the new fog alarm:

Position - On the northern promontory of the western end of Sagona Island.

Colour - Each building is painted white, with a red horizontal band.

A new light was slated to be installed on Sagona Island in 1915, but this might not have happened as published List of Lights only show a fog alarm was ever present on the island.

Charles Bungay was serving as the keeper of the fog alarm in 1921 according to the 1921 census, with Samuel Harding as his assistant. Samuel would marry Charles Bungays daughter Rosanna later that year. The 1935 census shows that Archibald White was in charge of the fog alarm on Sagona Island, with his son George serving as his assistant. Archibald P. White, another son of Archibald White, worked at the station for over for years. Some of them men that served as his assistants over the years are John S. Fiander, Walter Snook, John C. Bennett, Aarond Vallis, Charles J. Sheppard, Ralph Lushman, Joe Drake, and Stan McDonald. The family of Archibald P. White resettled to Harbour Breton in 1969, but he continued to work at the station through at least 1972.

A fishing community existed on Sagona Island as early as 1836, when fifty-nine people were living there. The islands population peaked at close to 300 in the late 1800s, but declined in the 1900s. By 1945, the population was 117, and it remained at this level until the residents were resettled in the late 1960s, with most going to Harbour Breton and St. Jacques-Coombs Cove.

The fog alarm on Sagona Island was discontinued in 1989.

For a larger map of Sagona Island Lighthouse, click the lighthouse in the above map.

The fog alarm on Sagona Island has been discontinued, but there are remnants of the station's building.