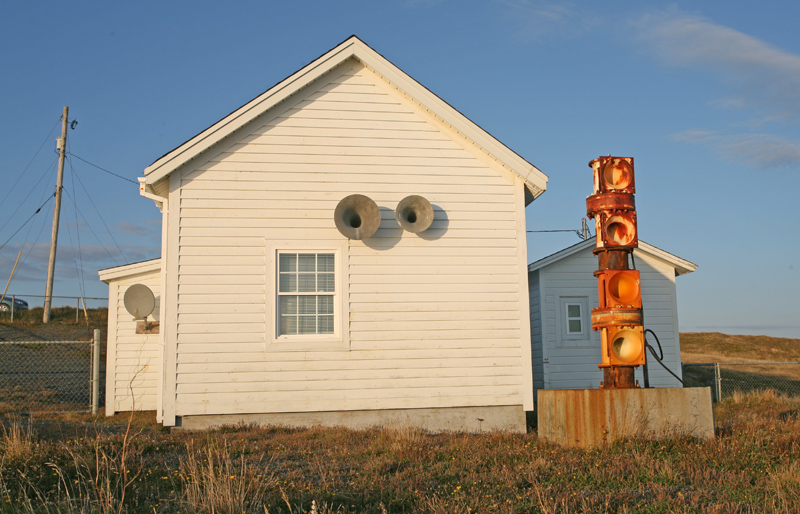 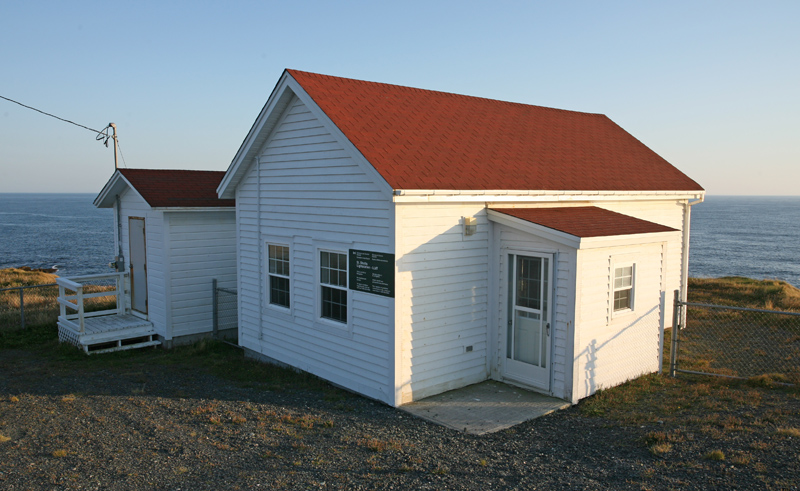 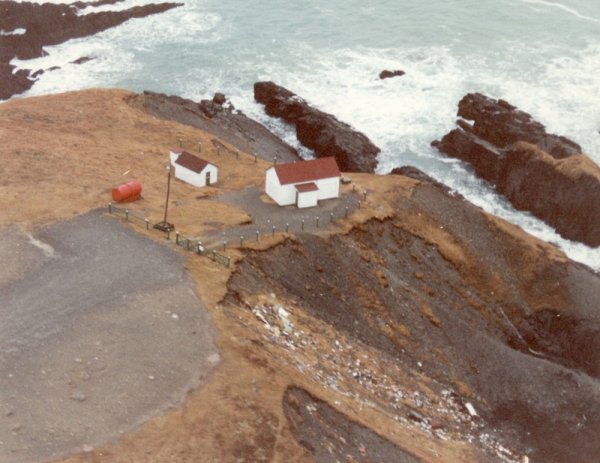 Cape Freels, the southern point of the Avalon Peninsula, is the southernmost point in Newfoundland. Cape Freels is situated just two kilometres southwest of Cape Pine, where a lighthouse commenced operation in 1851, and three kilometres southeast of the eastern head at St. Shotts. The need for a fog alarm to mark this stretch of coast was felt early on.

During the summer of 1882, three large vessels ran aground near Cape Freels. The new steamship Gertrude had left New Orleans in mid-May bound for Denmark. After refueling in Sydney, Nova Scotia, the vessel encountered dense fog along the south coast of Newfoundland. Forced to navigate by dead reckoning, the ships officers thought they were given the treacherous shore a wide berth, when on the evening of June 4, they ran aground on the western head at St. Shotts. The Gertrude was a total loss, but the twenty-two crewmembers were able to board lifeboats and were rescued the next morning by a fishing schooner. Before the Gertrude broke up, the brigantine Eagle was lost in the same location, and on August 13, the steamship Action wrecked nearby.

Though no lives were lost in these three shipwrecks, the incidents highlighted the need for a fog alarm along that coast. As a result, the steamer Cabot was employed to inspect the shore near St. Shotts in 1883 to determine where a fog alarm should be built. At that time, the eastern and western head at St. Shotts were examined, and it was felt that the eastern head would be the better location though there was a better water supply at the western head. The question of where to place the fog alarm was still being discussed three years later, when it was proposed to place an alarm at each of the headlands. A new method of signaling by compressed air had just been adopted at Alisa Craig, an island off the western coast of Scotland, where a centrally-located engine was used to operate alarms at considerable distance from each other. The engine, it was thought, could be located in the settlement at St. Shotts and then air could be piped to the alarms on the headlands.

Nothing had been done by 1894, when a report noted that it was not speaking too strongly to say that the most wanted signal on all our coast is a powerful phonic one at St. Shotts. By this time, there had been numerous shipwrecks with fatalities along that section of coast due to the strong currents that sweep into St. Marys Bay.

Finally, in 1910, the Canadian government had grown tired of waiting for the government of Newfoundland to build a fog alarm, so it obtained permission to construct one on Cape Freels. The following Notice to Mariners advertised the establishment of the new navigational aid:

A fog alarm, consisting of a diaphone, operated by compressed air, has been established by the Government of Canada on Cape Freels, south coast of Newfoundland.

The fog alarm will consist of a diaphone, operated by compressed air. It will be put in operation on the 15th November, 1910.

The small building containing the diaphone and air tanks is located near the extremity of Cape Freels. It is a small rectangular wooden structure, painted white with the roof red. The horn is elevated 94 feet above high water mark and points S. 75° W.

The power house is located near the mouth of the creek 800 feet north of the extremity of Cape Freels. It is a rectangular wooden building, painted white with the roof red.

The Canadian Fog Signal Company of Toronto supplied the twelve-horse-power engines and equipment to operate the three-inch diaphone at a cost of $7,535, while day labour under the supervision of J. L. Colter erected the needed buildings for $10,426. Michael Myrick was hired as the first keeper of the Fog Alarm at the age of forty-five, and he served until 1936. Keeper Myrick was part of the Myrick family that served for several generations at Cape Race.

In 1946, more than 100 people from the fishing communities around St. Shotts petitioned the Newfoundland government for a foghorn at St. Shotts. Sixteen-year-old Thomas Best was hired that year to operate a manual horn, powered by bellows, for $1.50 per day. Despite complaints for a more powerful signal, the manual horn was used until the Department of Transport installed a diaphone horn on the eastern head near St. Shotts in 1957. George Hewitt accepted a transfer from Cape Pine to St. Shotts to look after the new fog alarm with Gordon Finlay as his assistant. Commercial power reached the station in 1966, and in 1981, the station staff was reduced to one person. In 2005, St. Shotts was one of the twenty-three staffed light or fog alarm stations in Newfoundland.

For a larger map of St. Shotts Lighthouse, click the lighthouse in the above map.