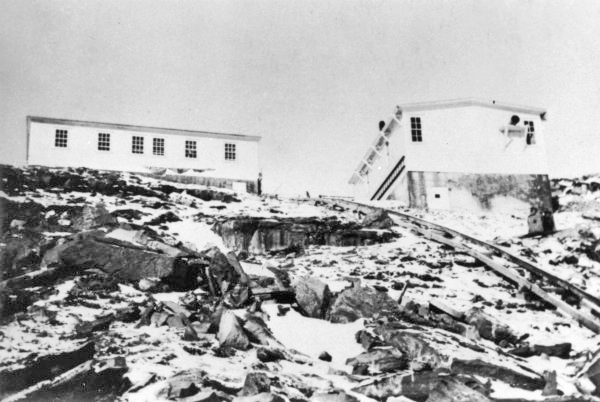 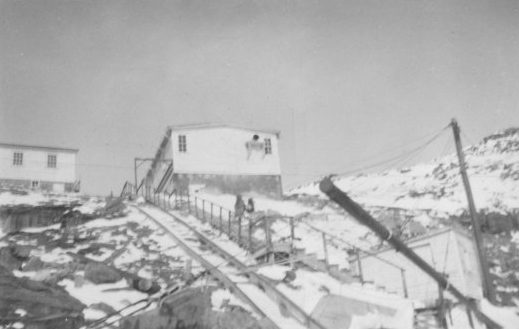 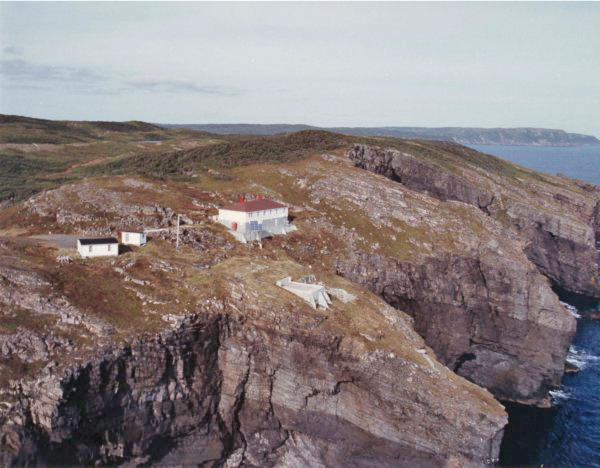 The entrance to Trinity Bay is defined by Horse Chops on the north and Grates Point on the south. A light was established on Baccalieu Island off Grates Point in 1858 to mark the southern side of the entrance to Trinity Bay, but an aid to navigation was not established on Horse Chops until 1930, when a fog alarm was placed in operation there. The light on Green Island, northeast of Horse Chops, was placed in operation in 1857 and helped guide mariners into Trinity Bay, but Horse Chops remained a dangerous obstacle for mariners trying to reach the settlement at Trinity.

One of the early keepers of the fog alarm was Garland Bannister, shown here in a photograph taken sometime before 1942.

In 2021, an automated horn was sounding a four-second blast each minute at Horse Chops.

For a larger map of Horse Chops Lighthouse, click the lighthouse in the above map.