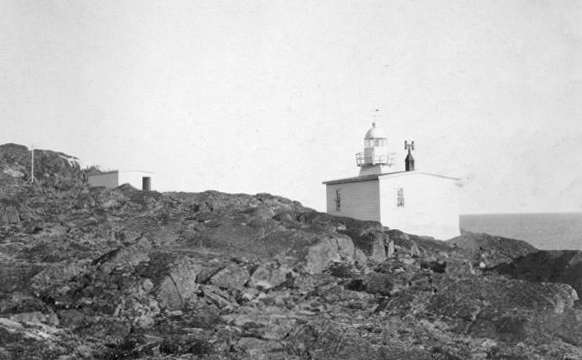 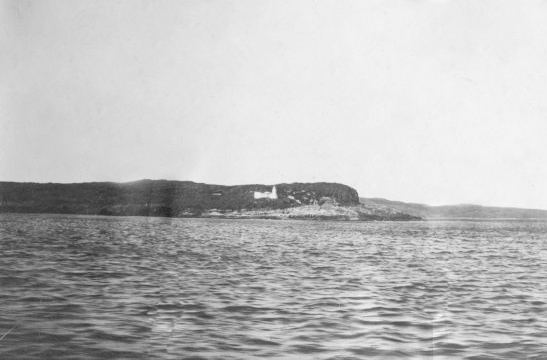 Indian Island is a member of a group of islands located just off the Labrador coast east of Cartwright. Indian Tickle, a narrow passage, runs between Indian Island and the Labrador mainland, and in 1905, a lighthouse was built on the mainland at White Point to mark the northwest entrance to Indian Tickle. In September 1905, the following Notice to Mariners advertised the establishment of White Point Lighthouse:

Notice is hereby given that on and after October 1st, proximo, a 4th order Dioptric occulting white light, with alternate periods of 7 seconds light and 3 seconds dark, will be exhibited from a square wooden tower, with sloping sides, erected on White Point.

The light is 72 ½ feet above sea level, and should be seen in all directions seaward at a distance of 12 miles in clear weather.

A flat roofed one story dwelling and a store house are erected on the northern side of tower.

This light will be in operation as soon as possible after the opening of navigation and continued until the close in each year.

According to the annual List of Lights, the characteristic of Indian Tickle Light was changed to a flashing white light with a period of two seconds in 1933, and the following year, the light was listed as unwatched.

In 2021, a square, skeletal tower, with a red-and-white rectangular daymark was displaying a flashing white light with a period of six seconds on White Point.

For a larger map of White Point (Indian Tickle) Lighthouse, click the lighthouse in the above map.

A modern light is exhibited on White Point today.