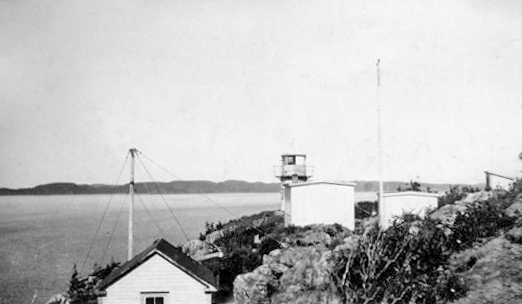 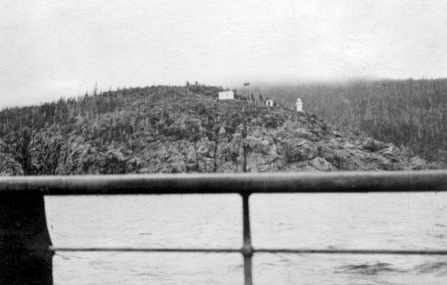 Fortune Harbour is a bay and community on the northeast coast of Newfoundland, just west of the entrance to Exploits Bay. To reach Fortune Harbour, mariners must pass Western Head and then pass either to the east or west of Sweeny Island. The passage to the east of Sweeny Island is narrow, so larger vessels have to use the western passage, which is less direct and has sharp turns.

In 1907, work began on a lighthouse to mark the entrance to Fortune Harbour, and the light was placed in operation the following year. A Notice to Mariners, published in 1908, announced the establishment of the new light:

A circular iron tower has been erected at Fortune Harbour, on the starboard hand entering the reach, from which a fixed white light will be exhibited on the 15th August, 1908.

The light is elevated 114 feet above sea level, and should be visible 11 miles in all directions seaward. The illuminating apparatus is dioptric of the sixth order.

The tower is 18 feet high from base to top of lantern, and is painted white. A dwelling house and store, both painted white, stand a short distance from rear of the tower.

The light will be in operation annually, during open navigation only.

In 1913, an addition to the dwelling house was made and a new boom and derrick were erected. A new coal store was built. John Quirk was serving as keeper of the lighthouse in 1921, and according to the census, he and his wife Mary had nine children.

Fortune Harbour Lighthouse was listed as unwatched starting with the 1932 List of Lights. At that time, the lights characteristic was changed from fixed white to a white flash every six-and-a-half seconds.

The iron lighthouse was in use through at least 1950. In 2021, a square, skeletal tower, with a red-and-white rectangular daymarke, was displaying a flashing white light with a period of six seconds at Fortune Harbour.

For a larger map of Fortune Harbour Lighthouse, click the lighthouse in the above map.

A modern light is exhibited at the entrance to Fortune Harbour today.