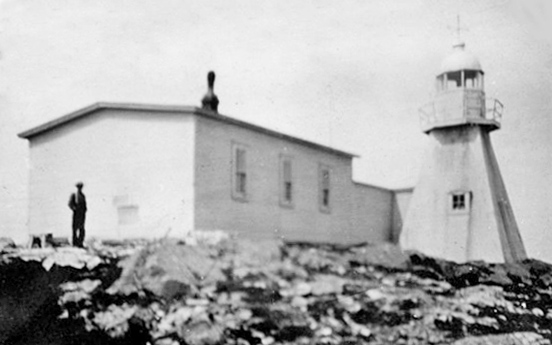 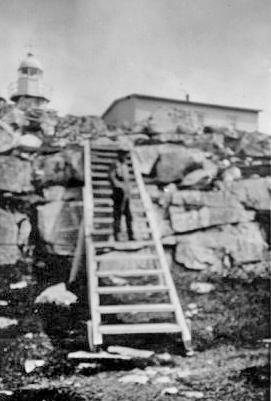 Joe Batts Arm is a community built around an inlet on the northeast section of Fogo Island. Though the publication Sailing Directions for Newfoundland has noted that the inlet is so full of rocks as to be unsuitable for navigation, a lighthouse was established on Brookes Point, at the eastern side of the entrance to Joe Batts Arm, in 1905. Mariners with local knowledge are able to safely anchor in Joe Batts Arm, and Joe Batts Arm was a thriving fishing community for many years.

In the fall of 1903, Insepctor R. White of the lighthouse department inspected several station's north of St. John's during a trip aboard the Fiona. On Fogo Island, he selected Joe Batt's Arm as the site for a new lighthouse and material was landed. A newspaper article reporting on the trip noted, "This will be an importatn station in future, as the site is all that could be desired. Vessels crossing the Bay may, when it is finished, keep Tilton Harbor light astern till Queenstown Point light is seen." Joe Batt's Arm had been changed to Queenstown in 1901 to honour Queen Victoria, but the name change only lasted a couple of years.

A 1905 Notice to Mariners publicized the establishment of the new light on Brookes Point:

On and after May 15, 1901, an intermittent white light, with alternate periods of 7 seconds light and 3 seconds eclipse, will be exhibited from a wooden tower, square, with sloping sides, erected on Brookes Point about ¼ mile west-northwest from Joe Batts Point

The light is 97 ½ feet above sea level and should be seen at a distance of 15 miles in clear weather from all directions between N. 69° E. true, through south and west, to N. 80° true. It is obscured southward of N. 80° W. true by the round head of Fogo.

A flat roofed one story dwelling and store is erected on the southern or rear side of the tower.

Brookes Point Lighthouse was listed as unwatched starting with the 1932 List of Lights. At that time, the lights characteristic was changed from what it was originally to a white flash every three seconds.

The wooden lighthouse was in use through at least 1960. In 2021, a square, skeletal tower, with a red-and-white rectangular daymark, was displaying a flashing white light with a period of six seconds from Joes Batts Point.

For a larger map of Brookes Point (Joe Batts Arm) Lighthouse, click the lighthouse in the above map.

A modern light is exhibited from the eastern side of the entrance to Joe Batt's Arm today.