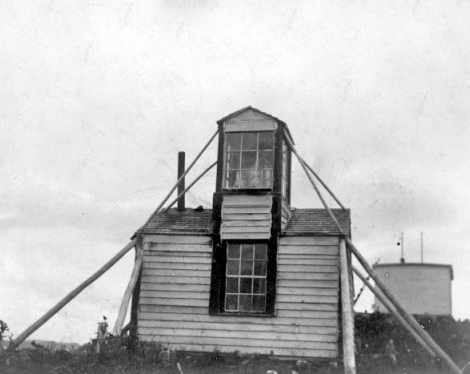 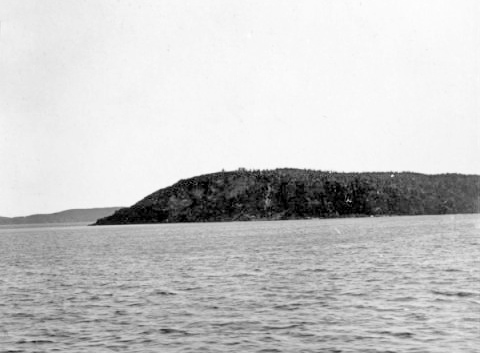 Pilleys Island is a sizeable island situated off the northeast shore of Newfoundland. As the island is a bit distant from the nearest fishing grounds, it was not settled as a fishing settlement as most settlements on Newfoundland were but rather as a mining settlement. Captain Philip Cleary staked a mineral claim at Bumblebee Bight on Pilleys Island in the 1860s, hoping to develop a copper mine. In 1885, Maine and Lewis Mills of New Brunswick bought the claim and opened a mine the following year. Pyrites Company Ltd. of England acquired the mine in 1889. Under new management, the mine was modernized and became the first mine in Newfoundland to be equipped with electric light. Pilleys Island Mine was the largest pyrite mine in Newfoundland, and it also produced copper and iron.

Great Denier Island Lighthouse was primarily erected as a guide to shipping directly connected with the mining company, but its value came to be recognized by all shipping with business in that neighborhood. In 1896, the government of Newfoundland assumed responsibility for the light.

The mine on Pilleys Island went into trusteeship in 1899, but three years later, the Newfoundland Exploration Syndicate reopened the mine. After it was found that a large fault had displaced the main ore body, the mine closed for good in 1908. The population of Pilleys Island peaked at around 700 in 1901, but fell after the closure of the mine, and in 2020, the population was about 300.

R. LeDrew served as keeper of Great Denier Island Lighthouse from 1898 until the light was discontinued in 1910. There is not light at this location today.

For a larger map of Great Denier Island Lighthouse, click the lighthouse in the above map.