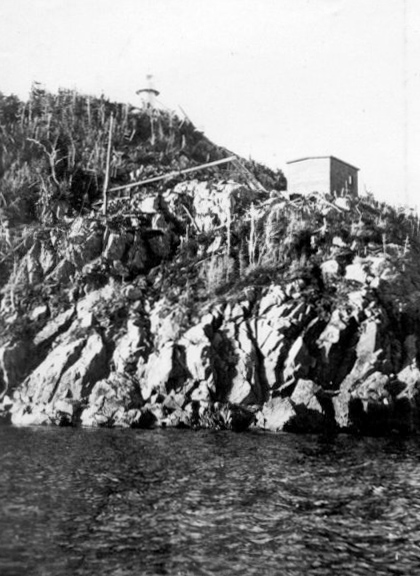 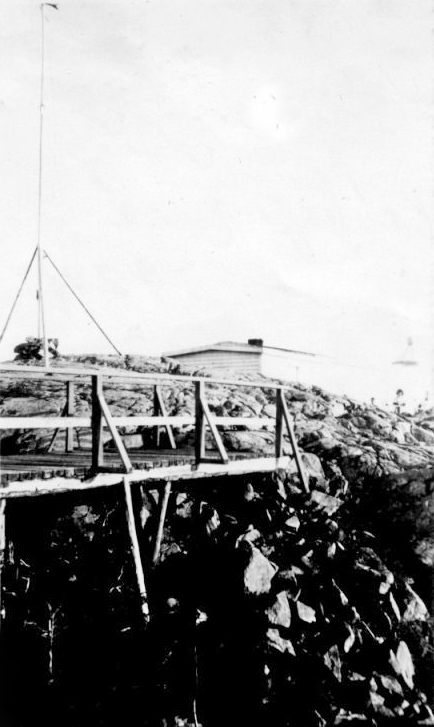 One of these islands is Thwart Island, which is situated just north of the settlement of Browns Arm. Cabbage Harbour is a rectangular shaped harbour located on the northern shore of the island, and in 1911, a light was established on Cabbage Harbour Head, on the northwest side of the entrance to the harbour.

A Notice to Mariners announced the establishment of Cabbage Harbour Head Light:

The light is exhibited from a circular iron tower connected with a dwelling by a short covered way, the whole painted white. A small storehouse, painted red, stands on the cliff about 30 feet below the lighthouse.

Cabbage Harbour Head Light was established on the same date as Upper Black Island Light, which is located eleven kilometres to the northeast in the Bay of Exploits.

Harry Hutchings was appointed the first keeper of the light, and he was still looking after the light at the time of the census a decade later. The 1921 census shows that fifty-year-old Keeper Hutchings was living at Cabbage Head with his wife and six children, who ranged in age from twenty-two down to five. The two oldest sons living with Keeper Hutchings were working as fishermen in the cod fishery.

Cabbage Harbour Head Light first appeared as being unwatched on the annual List of Lights in 1933.

The circular iron tower was in use through at least 1960. In 2021, a triangular, skeletal tower was displaying a flashing white light with a period of six seconds from Cabbage Harbour Head.

For a larger map of Cabbage Harbour Head Lighthouse, click the lighthouse in the above map.

The light is best seen from the water.