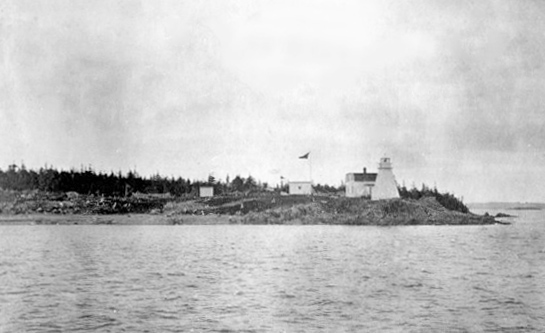 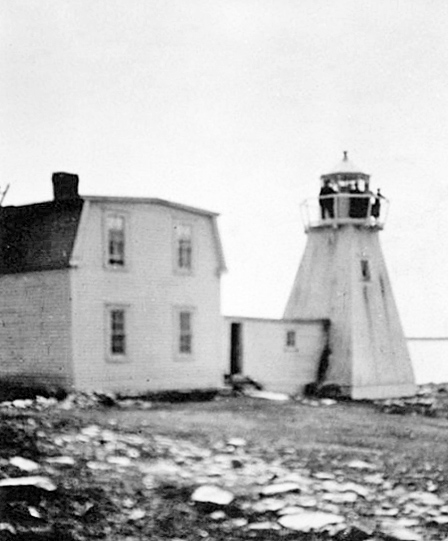 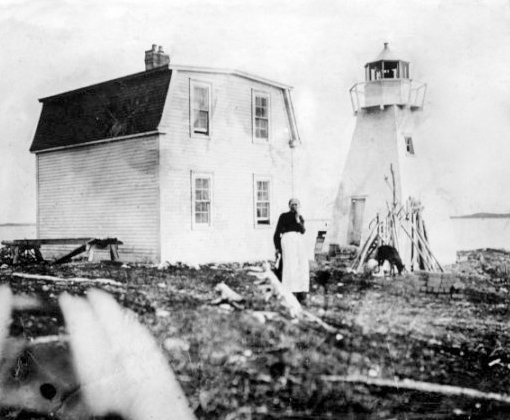 The Change Islands are a pair of islands off the northeast coast of Newfoundland located just west of Fogo Island. The north and south island are separated by a narrow strait, known in Newfoundland as a tickle, that is spanned by a short bridge.

The first permanent settlement on the islands occurred in the mid-eighteenth century, and, like many settlements in Newfoundland, it was tied to fishing. A Notice to Mariners in 1901 publicized the establishment of a lighthouse on the islands:

A fixed red light, to be shown during open navigation from a square, pyramidal, wooden tower, surmounted by an octagonal drum and lantern, which has been erected on the southern end of Change Island, Stag Harbour Run, northeast coast of Newfoundland.

The focal plane of the light will be 43 feet above high water and 27 feet above the base of the tower.

The light is dioptric of the 4th order and will be visible in all directions through the run where not obscured by projecting points of land.

The tower and keepers dwelling are painted white.

Samuel Saunders was appointed the first keeper of the light, but Thomas Elliott soon took over and was responsible for the light for many years. Thomas died in 1923, and his son reportedly served as keeper after him.

Change Island Light first appeared as being unwatched on the annual List of Lights in 1932, when its characteristic was listed as a flashing white light every two seconds instead of the fixed red light it had been since it was established.

In 2021, a skeletal tower with a red, rectangular daymark with a white vertical stripe, was displaying a flashing white light with a period of four seconds from the southern end of the island.

For a larger map of Change Islands Lighthouse, click the lighthouse in the above map.