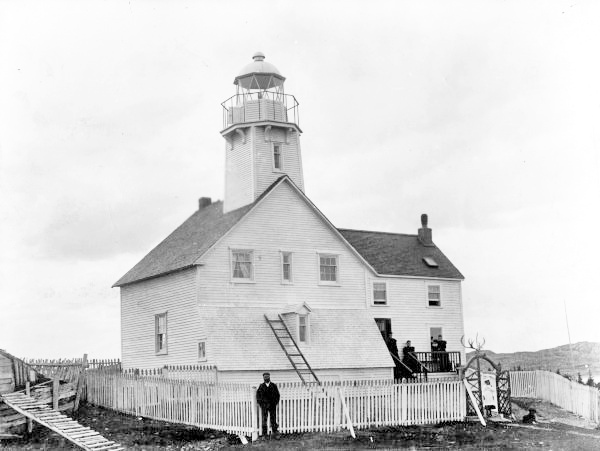 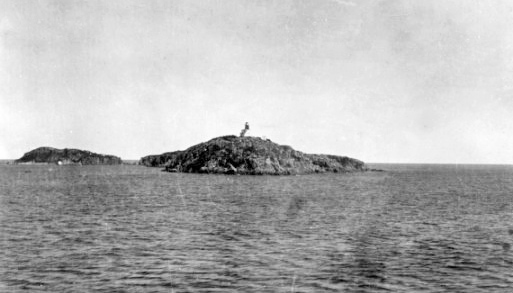 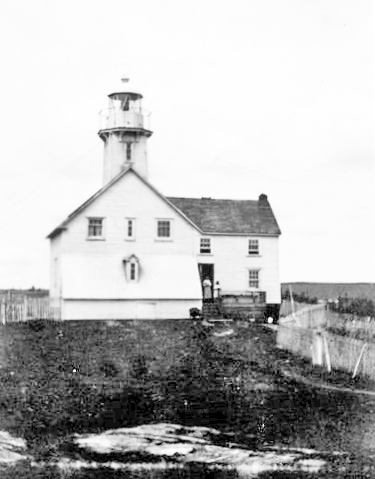 Fogo Island is a sizeable island located off the northeast shore of Newfoundland. One of the larger islands located between Fogo Island and the main island of Newfoundland is Cann Island, and it was here that a lighthouse was established in 1874.

Plans for the lighthouse began a few years earlier when a lighting apparatus was ordered from David and Thomas Stevenson of Edinburgh, Scotland in $632. Work on the island was carried out in 1873, and on June 10, 1874, Austin Oke, the mechanician for Newfoundland lighthouses, arrived at the station to install the lantern room and lighting apparatus. John Hodinott, the lights first keeper, placed the light in regular operation starting on July 15, 1874. An 1875 almanac provides the following description of the new light:

A fixed white light is exhibited nightly at this place, from sunset to sunrise, at an elevation of 85 feet above the level of the sea and should be visible 12 miles. The tower and dwelling are of wood and attached, and are situated in latitude 49° 35 5 N., and longitude 54° 10 33 W. The apparatus is dioptric of the 8th order with a single argand burner, and illuminates an arc of the horizon of 327°.

Cann Island Lighthouse consisted of a one-and-a-half-story rectangular dwelling with a square tower perched atop one gable of its peaked roof. A similar design was used for the lighthouses at Boar Island and Carbonear Island that were built around this time. Cann Island Lighthouse was situated on the northern part of the island where it could serve as a guide into the harbour at Seldom Come By.

John Hodinott was born John Holmes in England to Thomas Holmes and Fanny Hodinott in 1787. After Johns father remarried after the death of Fanny, John left for Newfoundland and took his birth mothers surname as he did not get along with his stepmother and didnt want his father to track him down. John Hodinotts son, also named John, would also serve as keeper of Cann Island Lighthouse, but by the time of his service, the family had gone back to using Holmes as their surname.

In 1878, John T. Nevill, inspector of Newfoundland lighthouses, reported that diphtheria had claimed two of Keeper Hodinotts children. Other members of the keepers family also suffered from the frightful disorder, but survived. Cann Island was not the only station to be infected, as outbreaks were also reported at Ferryland and Long Point. The cause of the outbreak at Cann Island and Long Point was believed to be polluted drinking water, while at Ferryland, the source was thought to be the shawl from a person suffering from the disease that was used to wrap up a child of the assistant keeper. As a result of the outbreak, an enclosed well was built that year at Cann Island to provide wholesome water.

After the keeper had made multiple complaints that the lighthouse would shake very much in gales of wind, excavations were made around the foundation, and it was discovered that the block on which the tower was built was laid on the bog and not sunk to the solid. The bog was subsequently removed and replaced with stonework to stabilize the building. Strong winds caused more problems at the station in the fall of 1890, when the flag-staff was blown down, the roof was blown off the well-house, and the lighthouses chimney was slightly damaged. Keeper John Holmes was authorized to make as many repairs as he could that fall, but the rest of the work had to wait until spring. Keeper Holmes petitioned for an increase in salary, and Inspector John T. Nevill recommended that the request receive favourable consideration as Holmes had received serious injuries while landing coal on the island and had to thus pay more for assistance with his job than would have otherwise been required.

Keeper Holmes died of cancer on the island in early 1898, and Enos Penney was appointed keeper in his place. In 1911, a fourth-order lens was installed in the lantern room of Cann Island Lighthouse to bring the light up to the standard of power of newer lights established in Newfoundland. This change necessitated that a system of ventilation be added to the lighthouse.

Cann Island Lighthouse was made unwatched in 1932 through the installation of an automatic light that changed the lights characteristic from fixed white to a white flash every 6.5 seconds. The original lighthouse appears to have remained standing through at least 1960. In 2021, a skeletal tower was displaying a white flash every six seconds from the centre of the island.

For a larger map of Cann Island Lighthouse, click the lighthouse in the above map.

A modern light is located on Cann Island today and should be visible from Little Seldom on Fogo Island.