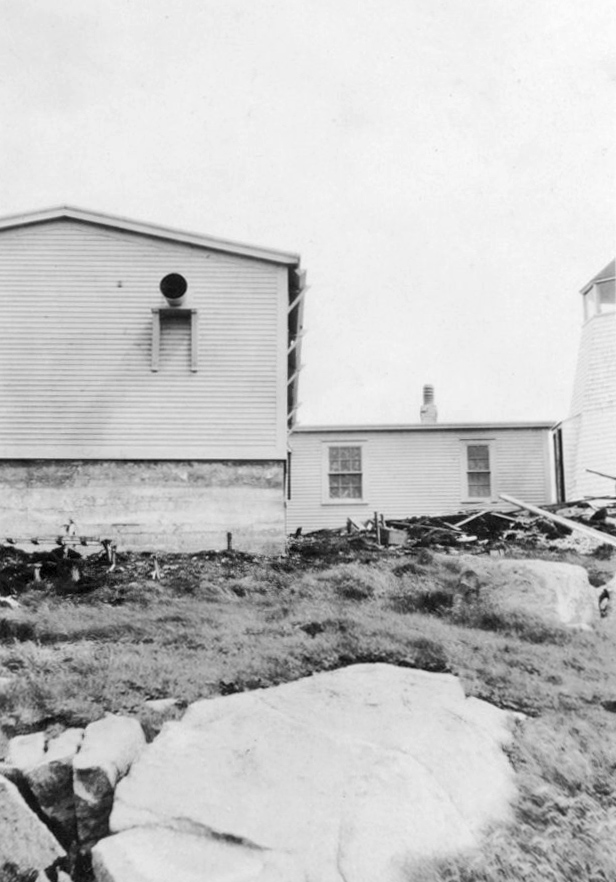 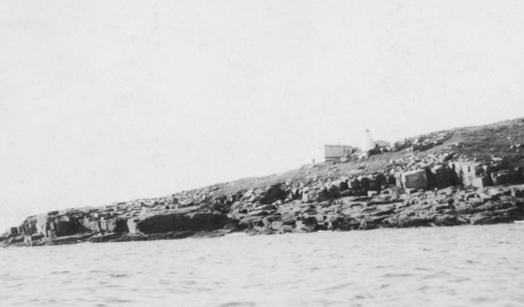 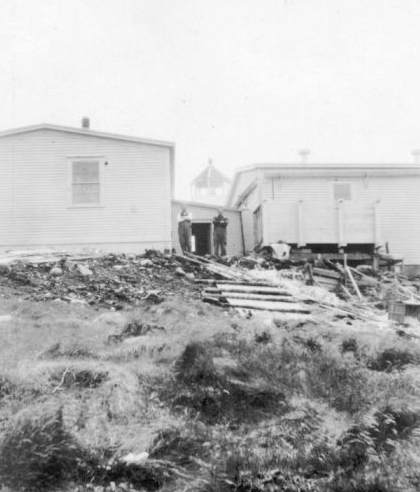 The Argentia Peninsula, situated just north of the Town of Placentia, is a triangular-shaped flat headland that stretches out into Placentia Bay creating a spacious harbour. In 1904, a lighthouse was built on Latine Point, the northwest corner of the Argentia Peninsula, and then in 1921, an acetylene gas self-controlled light was placed on Fox Island, just over four kilometres north of Latine Point, to part the other side of the channel leading into Argentia Harbour.

A Notice to Mariners alerted shipping interests to the establishment of this new light:

The light is exhibited 91 feet above high water from a wooden tower painted white.

In 1940, the United States and the United Kingdom agreed on the destroyers-for-bases deal, which saw fifty destroyers from the US Navy transferred to the Royal Navy in exchange for land rights on British Possessions. As a result of this, Argentia Peninsula was leased to the United States, and the peninsula became Naval Station Argentia. Over 400 residents were displaced along with a church, school, social hall, and three cemeteries to make room for construction of the new base. Work began in late 1940, and the base was commissioned on July 15, 1941.

In an appropriation bill in 1941, $186,00 was requested for the improvement of the aids to navigation at Latine Point and Fox Island and the surrounding waters. The bill included the following:

The area selected for the development of an air and naval base on Placentia Bay in Newfoundland is now marked only by Fox Island Light and fog signal and by Latine Point Light. These lights are both of very minor power. There is no buoyage whatever in Placentia Bay. Fog conditions in this area prevail to a considerable extent during the summer and fall months, and during the winter months visibility is obscured for long periods by snow conditions. The records of the Fox Island Light Station indicate that the fog signal was operated there a total of 1,448 hours during the calendar year 1940. Little Placentia Harbor is entered between Fox Island and Argentia Peninsula. Shoals extend for a considerable distance off the northeast and northwest end of the peninsula and there is also a bad reef lying easterly from Fox Island. In approaching through Placentia Bay the Merasheen reef is a hazard which should be marked. The principal navigational need, however, is for a radiobeacon of power sufficient to be usable to the south of Newfoundland and before entering Placentia Bay, where the position of an approaching vessel can be accurately fixed by observations on this proposed radiobeacon, together with bearings on Cape Race and Gallantry Head.

The property to be leased to the United States for the base includes the Latine Point Light Station at the northwest point of Argentia Peninsula. This station should be improved by the addition of a powerful signal and the establishment of a light of considerable power, of a type to be useful to both air and marine navigation. The present structures are quite old and in poor condition, as well as being unsuited to installation of modern equipment. It will be necessary that the station be completely rebuilt and that protective work be constructed to resist erosion which is now progressing rapidly.

The best location for the radiobeacon is at Fox Island. Because of the isolation of this point, however, and the fact that a light and fog signal is already maintained there by the Newfoundland Government, it is not desirable to place operating personnel of the Coast Guard at the point. The situation can be best met by establishing a class B radiobeacon at Fox Island, connected by submarine cable to Latine Point, from which point it would be operation by remote control. Necessary standby generating equipment would be provided for emergency operation in case of cable failure. It will be necessary to build at Fox Island a small building, about 16 by 20 feet, in which the transmitting equipment and standby generating equipment will be housed and in which space will also be provided for an attendant to remain overnight in emergency.

The radiobeacon was established on Fox Island in 1942 and was synchronized with the fog signal on the island. In this manner when within audible range of the station, navigators on vessels equipped with radio receivers could determine their distance from Fox Island in miles by noting the time in seconds which elapsed between receiving the radio signal and hearing the fog signal blast and dividing the result by five.

The radiobeacon was listed on Light Lists in 1947, but was not listed in 1950. A light and diaphone fog signal operated on Fox Island through at least 1960. No navigational aids are found on the island today.

For a larger map of Fox Island Lighthouse, click the lighthouse in the above map.