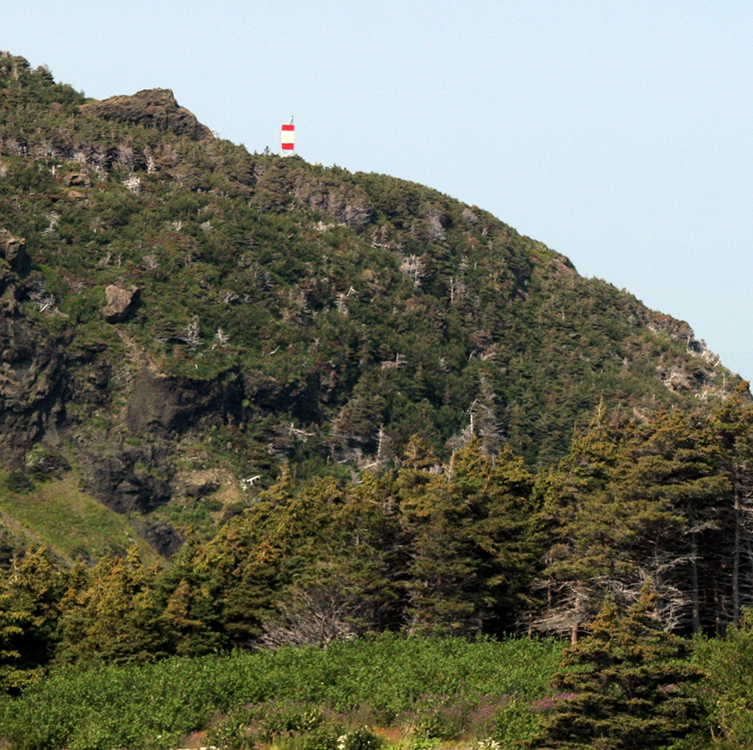 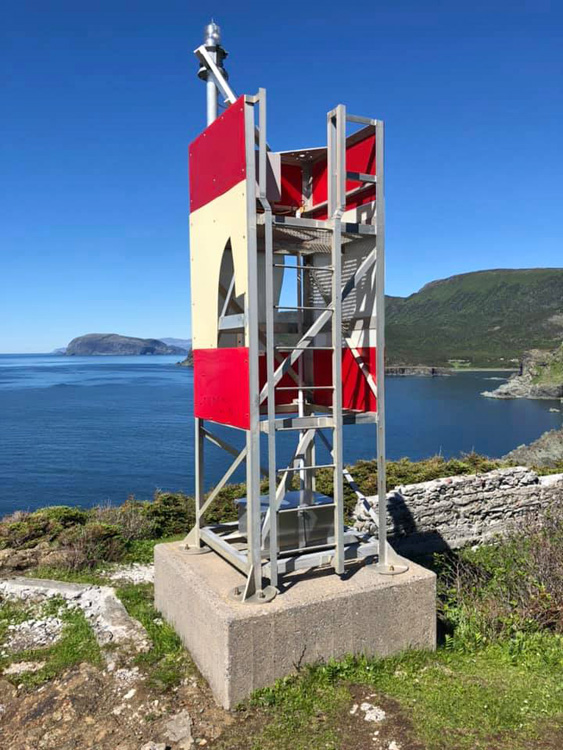 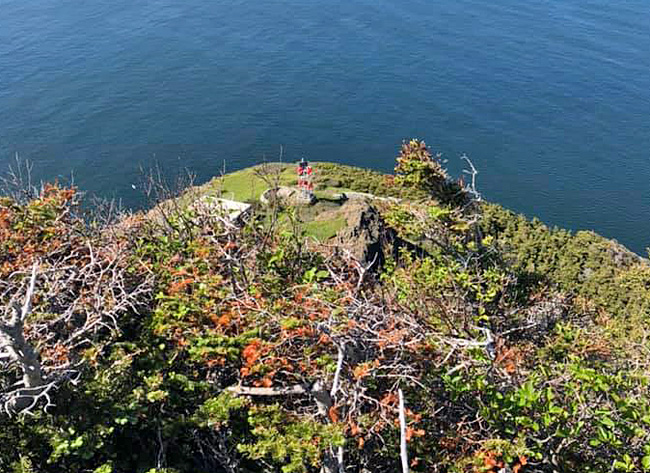 Little Port is located six kilometres south of South Head, which forms the southern side of the entrance to Bay of Islands. Like its names implies, Little Port is a small, snug harbour that is entered between Bara Point to the north and Little Port Head to the southwest. Little Port Head is the northern end of a short peninsula which rises to a height of 250 metres about a kilometre from its end.

In 1916, the Lighthouse Department of Newfoundland began construction of a lighthouse atop Little Port Head, and the light was placed in operation the following year. The station consisted of an octagonal wooden tower with sloping sides that was attached by a covered passage to a one-story, flat-roofed keepers dwelling. These structures were painted in red and white vertical stripes. A fourth-order lens was used in the twenty-seven-foot-tall lighthouse to display an occulting white light that was alternately visible for seven seconds and then eclipsed for three seconds. The light, which had a focal plane of 221 feet above high water, was placed in operation in September 1917.

The 1921 census shows that Captain Adam Power was serving as keeper of the light. Little Port Head Lighthouse was not staffed too long, as a 1932 Light List shows that the light was unwatched and the characteristic of the light had been changed from an occulting light to a white light that flashed twenty-five times per minute.

The original lighthouse remained standing through at least 1960. In 2021, a square, skeletal tower with a red-and-white rectangular daymark was displaying a flashing white light with a period of six seconds from Little Port Head.

The Outer Bay of Islands Enhancement Committee (OBIEC) has constructed Little Port Head Lighthouse Trail to allow the public to access the lighthouse site. The trail is one of the most challenging hikes in the Outer Bay of Islands, with ropes in place to help hikers through very steep portions. The octagonal foundation for the lighthouse is still visible along with part of the foundation of the keepers dwelling.

For a larger map of Little Port Head Lighthouse, click the lighthouse in the above map.

The modern light can be reached by taking the Little Port Head Lighthouse Trail from Little Port.