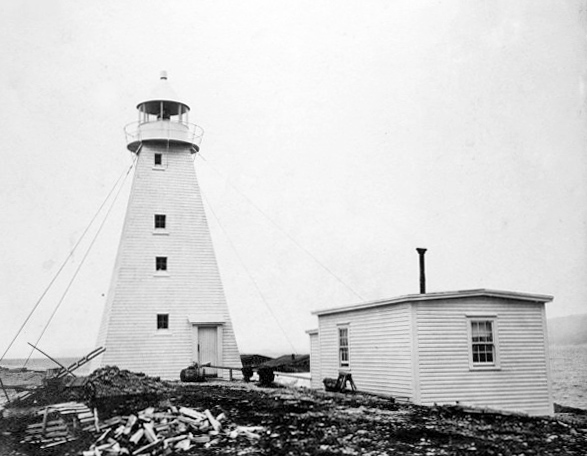 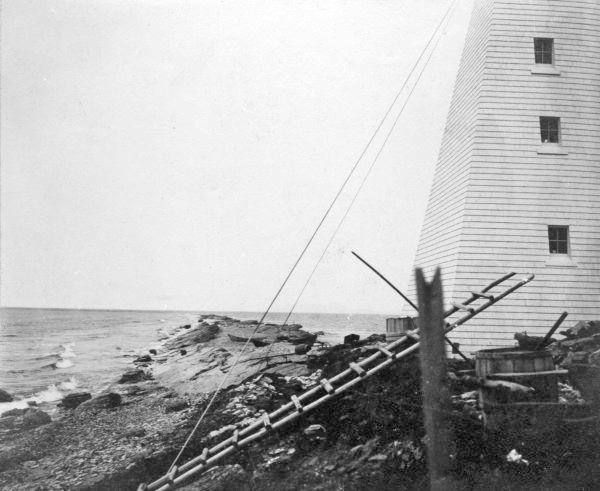 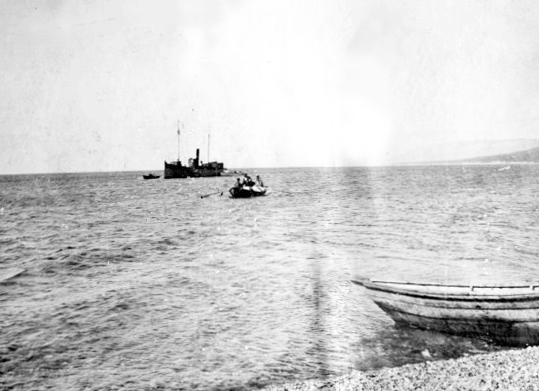 Port au Port Peninsula was part of the French Shore from 1783 until 1904, when France relinquished its fishing rights in the area. The French were only allowed to establish seasonal fishing premises on the French Shore, but some fishermen did set up permanent settlements. The peninsula has the highest percentage of French-speaking citizens in Newfoundland (15%), and in 1971 it was designated the only bilingual district in the province.

A wooden lighthouse was built on the tip of Long Point in 1908 and placed in operation the next year. A Notice to Mariners published in 1909 announced the establishment of the new light:

A lighthouse has been established on Long Point, west side of entrance to Port au Port Bay, west coast of Newfoundland.

The lighthouse tower is an octagonal wooden building, with sloping sides, painted white. It is 43 feet high from base to top of lantern.

The light is an occulting white light, visible 7 seconds and eclipsed 3 seconds alternately. The light is elevated 48 feet above the sea, and should be visible 11 miles in all directions seaward. The illuminating apparatus is dioptric of the fourth order. The light will be maintained annually during the period of open navigation.

The dwelling and store are located a short distance westerly from the tower, and are painted white.

Around 1919, the tower was painted with black and white horizontal bands.

Paul Ancoin served as an early keeper of the lighthouse. The station was not staffed too long, as in 1932, an automated light was installed changing the lights characteristic from fixed white to a white flash every five seconds and making the station unwatched. A steel, skeletal tower replaced the historic wooden one around 1952. In 2021, a skeletal tower was displaying a flashing white light with a period of six seconds at Long Point.

The modern light can be seen at the northern tip of the Port au Port Peninsula.