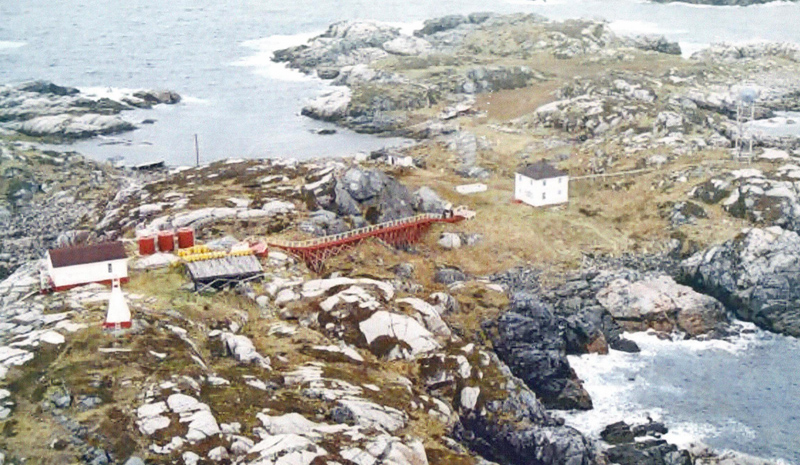 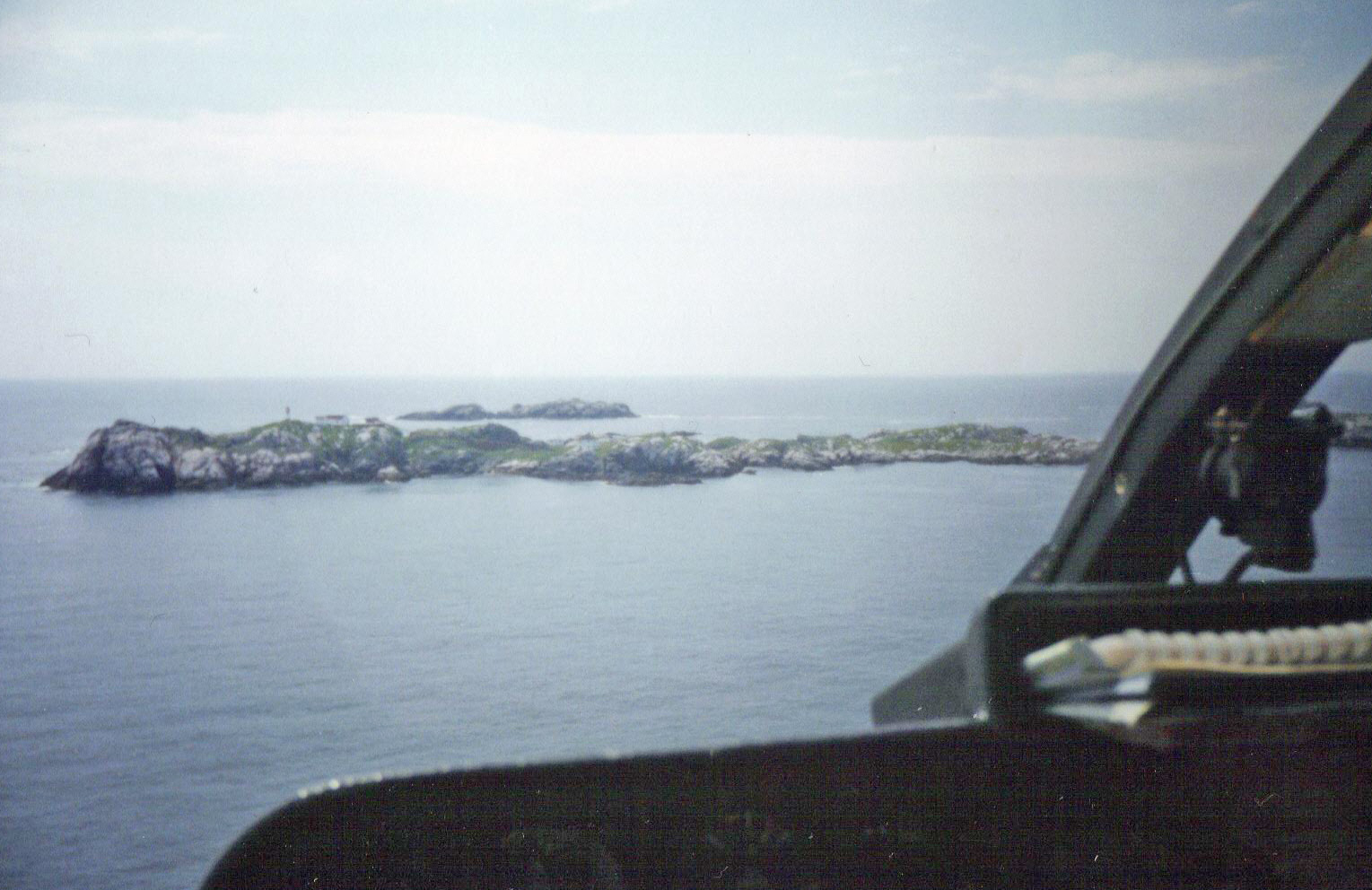 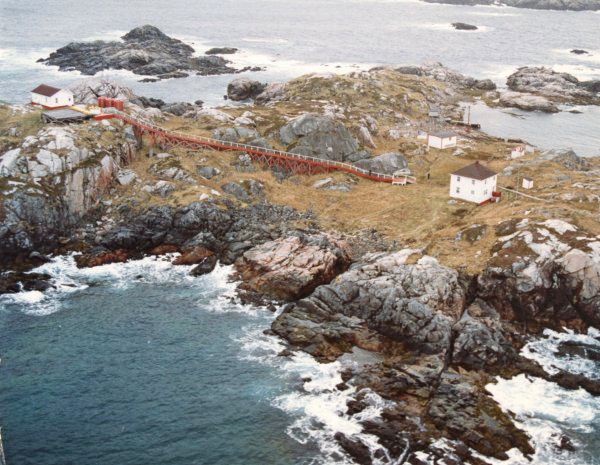 The Penguin Islands are a cluster of islands and sea stacks located twenty kilometres off the south coast of Newfoundland and thirty-four kilometres southeast of Ramea.

Work began in 1913 on a fog alarm station on the highest point of Harbour Island, one of the western islands in the group. The station buildings, which consisted of three buildings that served as an engine house, a keepers dwelling, and a storehouse, all painted in black and white vertical stripes, were completed in 1914, and the needed machinery was installed in 1915.

According to the 1935 census, forty-six-year-old Charleas Barter was living at the station with his wife Lavinia and seven children and serving as the head keeper, while twenty-six-year-old Jeremiah Fudge was serving as the assistant keeper and had his mother living with him. In 1945, Jeremiah Fudge, who by this time had married Elizabeth and had three children under the age of nine, was the head keeper and still had his seventy-three-year-old mother living with him on the island. George B. Monster was the assistant keeper in 1945.

Roland Durnford was in charge of the station on Harbour Island in 2001 when it was destaffed. He recalls that there are five graves on the island: four of shipwreck victims and one the son of a lighthouse keeper, and that George Keeping was one of the early keepers.

In 2021, a square, skeletal tower, with a red square daymark that had a white horizontal stripe, was displaying a flashing white light with a period of ten seconds from Harbour Island.

For a larger map of Harbour Island (Penguin Islands) Lighthouse, click the lighthouse in the above map.

The modern light on Harbour Island is best seen by boat.