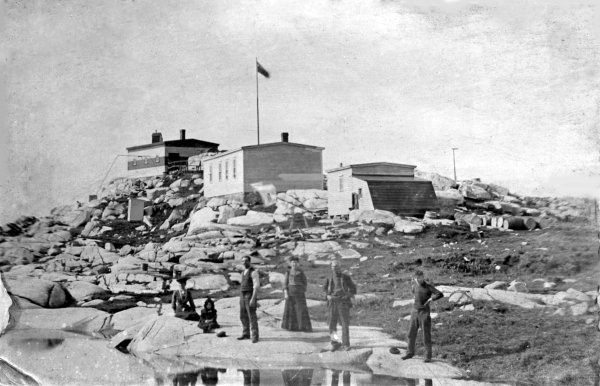 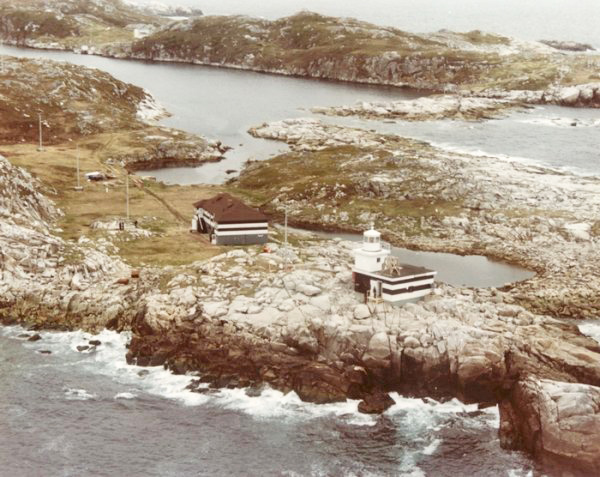 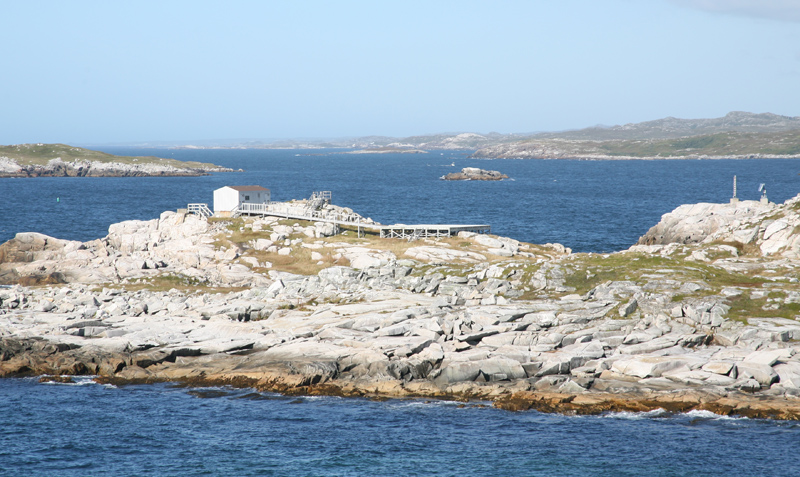 The engine house is a square, flat-roofed building, painted in alternate black and white horizontal bands.

In 1907, mariners were notified that on April 1 of that year, the fog alarm on Cains Island would be changed to sound six-second blasts separated alternately by silent intervals of fifteen and ninety-three seconds, thus: blast six seconds, silence fifteen seconds, blast six seconds, silence ninety-three seconds. Starting in June of that year, a red lens-lantern light was exhibited from the roof of the engine house to guide vessels entering the harbour of Rose Blanche. In 1912, a covered passageway was built to link the dwelling to the engine house.

John Garcin was hired as the first keeper of the station and served through at least 1921. The 1921 census shows that John Garcin was sixty-three at that time, and his thirty-two-year-old son John Garcin, Jr. was serving as the assistant keeper. In 1935 and through at least 1945, Llewelyn Gillan was in charge of the station on Cains Island and James Skinner was serving as his assistant.

For a larger map of Cains Island Lighthouse, click the lighthouse in the above map.

The modern light can be seen from Rose Blache Lighthouse.