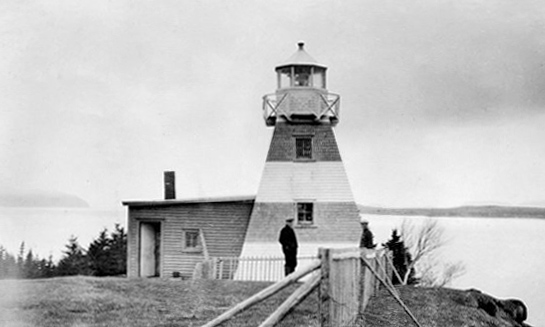 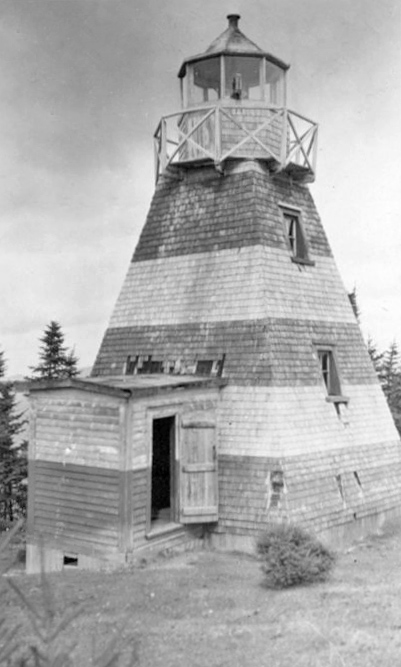 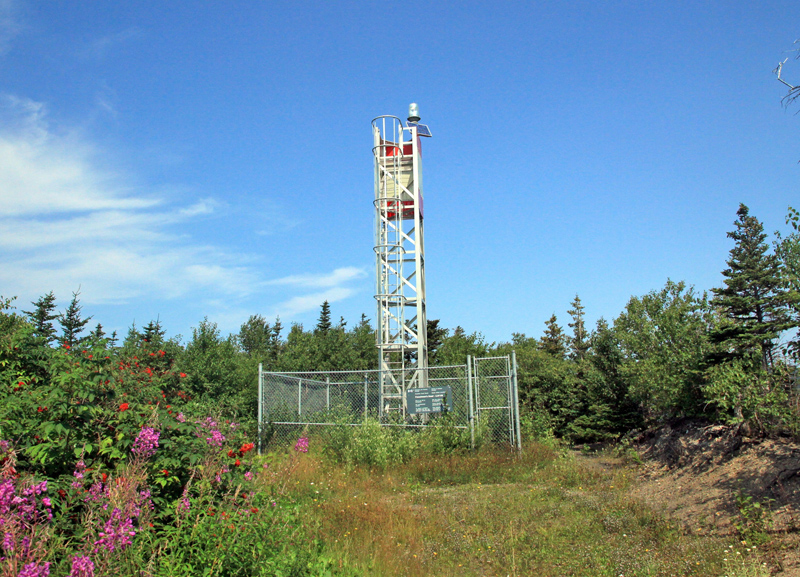 Bay of Islands is an extensive inlet on the west coast of Newfoundland that consists of two parts: an outer section, which is open and surrounded by high mountains and steep cliffs, and an inner section, which consists of several fjords that extend several kilometres inland. These fjords include Humber Arm, Middle Arm, which divides into Penguin Arm and Goose Arm, and North Arm. Humber Arm, the southernmost and largest of the fjords, has the city of Corner Brook at its eastern end along with the mouth of the Humber River.

A fixed white light, to be shown during open navigation from a square, pyramidal, wooden tower surmounted by an octagonal drum and lantern, which has been erected on Frenchman Cove Head, Bay of Islands, west coast of Newfoundland.

The focal plane of the light will be 160 feet above high water and 27 feet above the ground.

The light is dioptric of the 4th order and should be visible in clear weather from all points within the bay where not obscured by Woods or Pearl islands, and projecting points of land.

The tower is painted red and white in horizontal bands.

In addition to the tower, a keepers dwelling was also built on the headland, and it too was painted with red and white horizontal bands. Maurice E. Boland was appointed the first keeper of the light, and he served until 1908.

Light Lists indicate that Frenchmans Head Light was destaffed around 1932, as starting that year, the light was listed as unwatched. The wooden tower was in poor condition in 1952 as shown by the picture above, and it wasnt long after that a steel, skeletal tower was installed on the headland. In 2021, a skeletal tower with a white rectangular daymark, having a red band at its top and bottom, was displaying a flashing white light with a period of five seconds at Frenchmans Head.

For a larger map of Frenchman's Head Lighthouse, click the lighthouse in the above map.

The modern light is located at the end of Lighthouse Road near Frenchman's Cove.