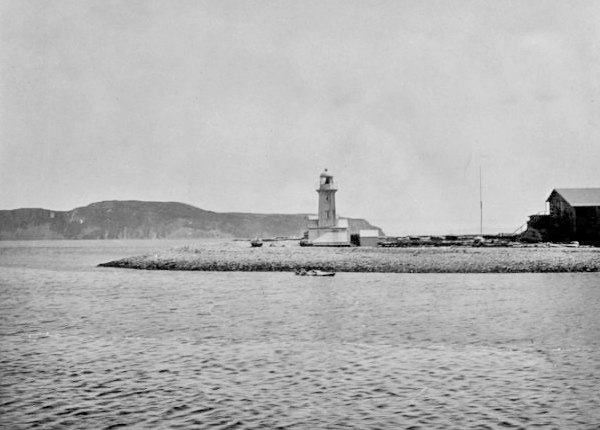 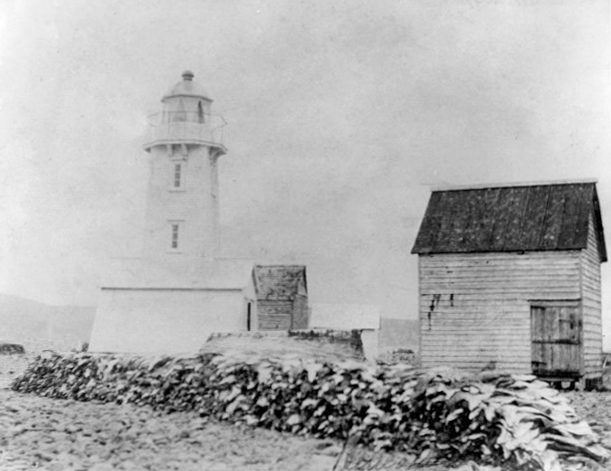 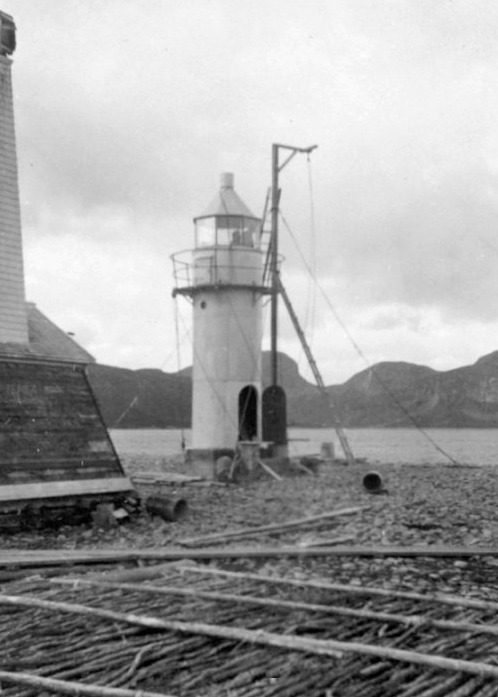 Belleoram is a village on the south coast of Newfoundland that has a natural harbour on Fortune Bay. The picturesque settlement is situated on a narrow strip of land between the harbour and the surrounding hills.

In 1872, the Newfoundland government purchased a lighting apparatus and machinery from D & J. Stevenson of Scotland for a new lighthouse to be placed at Belleoram for $736, and the following year, R. Janson was paid roughly $1,500 to construct the lighthouse. An 1874 Almanac provides the following description of the original Belleoram Lighthouse:

A fixed white light is exhibited nightly at this place from sunset to sunrise, at an elevation of 35 feet above the level of the sea, which in clear weather should be visible seven miles. The building is a wooden Tower, painted white, and is situated in Latitude 47 20 00 North, and 55 27 15 West Longitude. The apparatus is Dioptric of the 8th order, with a single argand burner, and illuminates an arc of the horizon of 270 degrees. In entering the harbor the Light must be kept on the port hand.

Samuel Cluett, Sr., the lights first keeper, served until 1888, and then Robert Jensen took charge of the lighthouse. As no residence was provided for the keeper, he lived in his own home at a distance from the light and was not required to maintain a continuous watch at night. This created a problem with a lens of the eighth order, as it was so small that if the lamp chimney broke, the flames could easily come in contact with the lens prisms. This happened in 1877 and 1879. To remedy this issue, a larger sixth-order lens was installed in the lighthouse in 1890.

By 1893, the wooden tower had started to show signs of decay. New materials were supplied in the fall of 1893, but they arrive too late for the work to be done that year. When the exterior clapboard was taken off the following spring, the structure was found to be in far worse condition than expected. Keeper Jensen removed the rotten timbers and installed new sills and uprights to strengthen the lighthouse.

In 1921, the old wooden lighthouse at Belleoram was condemned on account of its age and defects, and a circular iron tower was put up in its place. The light from the old lighthouse was transferred to the new one.

Light Lists indicate that Belleoram Light was made unwatched in 1932 and its characteristic was changed from fixed white to flashing white with a period of two seconds. The iron tower remained standing through at least 1955. In 2021, a skeletal tower with a red-and-white daymark was displaying a flashing white light at Belleoram with a period of three seconds. This skeletal tower replaced a cylindrical one that had previously served Belleoram.

Pieces of the old iron tower survive. After it was replaced, the iron tower was apparently given to a local, who had it cut into pieces and then transported by helicopter to a nearby pond. The pond is called Rabbits Pond, which is situated on a hill above the harbour and serves as a water supply for Belleoram.

For a larger map of Belleoram Lighthouse, click the lighthouse in the above map.

The modern light can be seen at the harbour at Belleoram.