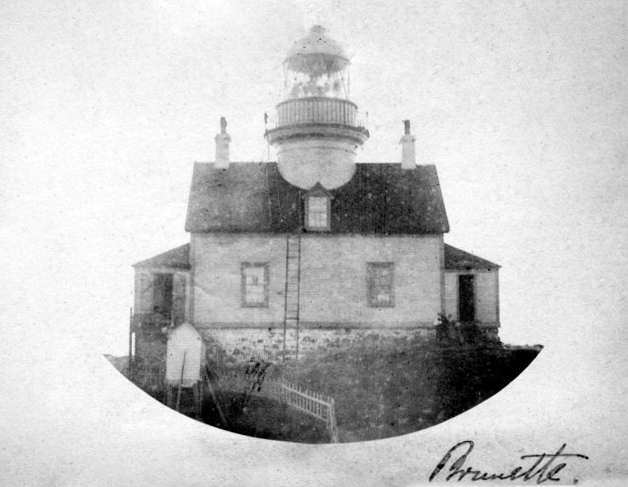 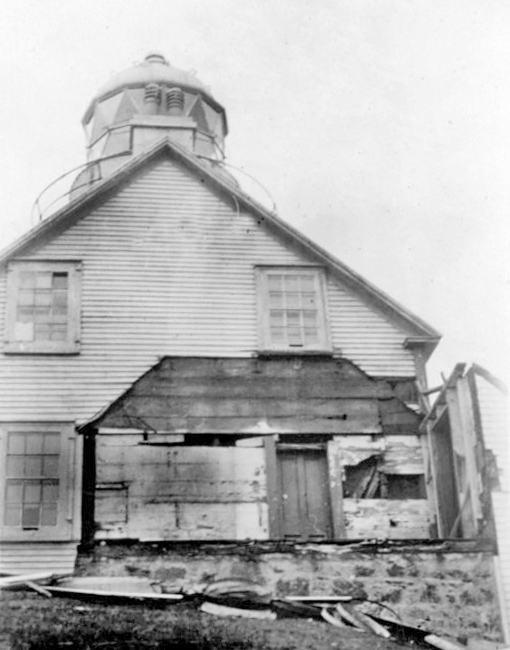 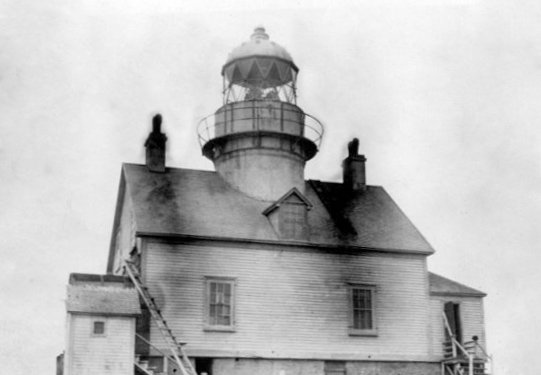 Brunette Island, the largest island in Fortune Bay, is triangular shaped and measures roughly ten kilometres in and east-west direction and five kilometres in a north-south direction. The island is situated roughly equidistant from Harbour Breton and Grand Bank. Mercer Cove, an inlet on the islands southeast corner, was home to a fishing community from the 1800s until the entire village was resettled in the 1950s.

The legislative council and house of assembly of Newfoundland passed an act passed in 1859 authorizing the construction of a lighthouse on Brunette Island using unappropriated money from light dues collected from vessels calling at Newfoundland. In 1863, Robert Oke, a former lighthouse keeper and inspector of lighthouses for Newfoundland, visited Brunette Island with Captain Orlebar of the Royal Navys surveying steamer Margaretta Stevenson and provided the following report on a lighthouse site:

[Brunette Island] abounds in hills rising abruptly and of considerable altitude; it affords a good harbor with all winds except from the S. S. W., S. W., and W. S. W. The number of inhabitants is 87, comprising 11 families. Brunette Island, in keeping with every island of similar extent and elevation, presents the same insurmountable difficulty with regard to the choice of a Light House station, inasmuch that it is not possible to place a light in such a position on Brunette Island, as to admit of its being seen in every direction

To overcome the difficulties which I have pointed out, Captain Orlebar and myself weighed all the circumstances, and arriving at a conclusion in choosing a site, we have given the preference to that locality which affords navigation the greatest balance of advantage, viz. Mercers Head on the East side of the Harbor  it is 380 feet above the level of the sea,  it commands an uninterrupted view of St. Peters, Miquelon, Cape Miquelon, Green Island, and Point May, to the S.S.W., Connaigre Head, Harbor Breton, Sagona Island, to the N. and N.E., Fortune Harbor, Grand Bank and Garnish, on the East side of the Bay. Vessels on the East side of Brunette can pass within hail of the site chosen. A conspicuous mark has been placed on the Head, with a view to attract the attention of persons interested in the Light, and be the means of ascertaining how far the site chosen accords with their views.

A storehouse was constructed at the landing and a road was built to selected site in 1863. After plans had been drawn up, a lighting apparatus was ordered from D. & T. Stevenson of Scotland for £498 and William OGready was awarded a £1,176 to construct the lighthouse. Work on the island began in the spring of 1864. The lighthouse was to be completed by that August, but delays in receiving the needed freestone and the lighting apparatus delayed the establishment of the light until the following year.

In March 1865, Robert Oke sailed to Brunette Island with the lantern room and lighting apparatus. After delays due to severe weather, the light was tested for a few hours on the night of May 1 and was found to give every satisfaction. Martin Sparrow, the first keeper, placed the light in regular operation starting on June 27. The revolving apparatus produced a flash of light every ten seconds that, in fair weather, could be seen at St. Pierre, thirty-four miles away.

The lighthouse consisted of a rectangular dwelling with a circular tower protruding through the center of the dwellings pitched roof to support the lantern room. The dwelling was painted white and the roof red. Due to the promontory on which the lighthouse stood, the light burned at an elevation of 408 feet above the sea.

Over the years, the freestone that supported the lantern room required so many repairs that the inspector reported that before long there will be more repaired places than those of the original work. The road up the hill to the lighthouse also required regular attention. In 1890, the plank gangway and steps that led from the end of the road to the very top of the hill was judged to be rotten. Rather than replace it, a loop road extension with a length of about 224 yards was built a few years later to reach the lighthouse. Also in 1890, the porch for the assistant keepers house was altered to provide a small storage space and to stop a direct current of wind into the house.

Martin Sparrow, the first keeper, had an assistant to help him, and for many years James Gaulton served in this capacity. In 1869, Gaulton reported Keeper Sparrow for insobriety. The charge was investigated, but Sparrow kept his job for several more years. In 1877, the inspector noted that for a considerable time Keeper Sparrow had been unable to perform his share of the duties at the station, but that his son was performing the work in an efficient manner. Keeper Sparrows son Michael took over responsibility of the light from his father and served until he died in an accident in 1911.

John Wilcott, who was married to Elizabeth Sparrow, daughter of Michael Sparrow, was made keeper in 1911 upon the death of his father-in-law. The 1921 census shows that John and Elizabeth had ten children living with them at the lighthouse. The oldest child was Albert, who at the age of nineteen was serving as the assistant keeper. Brunette Island Lighthouse started to be listed as an unwatched light starting with the Light List for 1932. John Wilcott died in early 1935, and the census conducted later that year shows that his son Archibald was listed as a lighthouse keeper on Brunette Island, living with his mother Elizabeth. Archibald was likely serving as a caretaker for the light.

In 2021, a square, skeletal tower with a red-and-white daymark, was exhibited at flashing light with a period of four seconds from Brunette Island. The island is uninhabited by humans, but is home to a herd of woodland caribou.

For a larger map of Brunette Island Lighthouse, click the lighthouse in the above map.

The modern light on Brunette Island would be best viewed from the water.