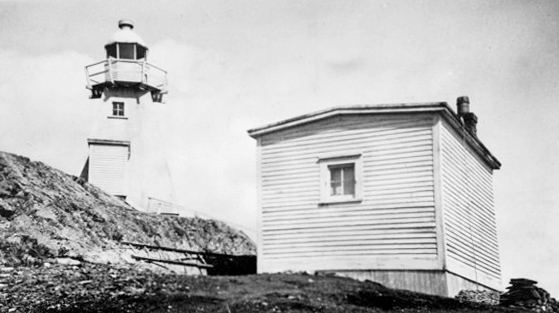 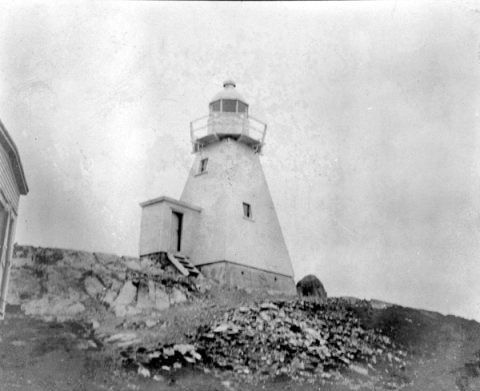 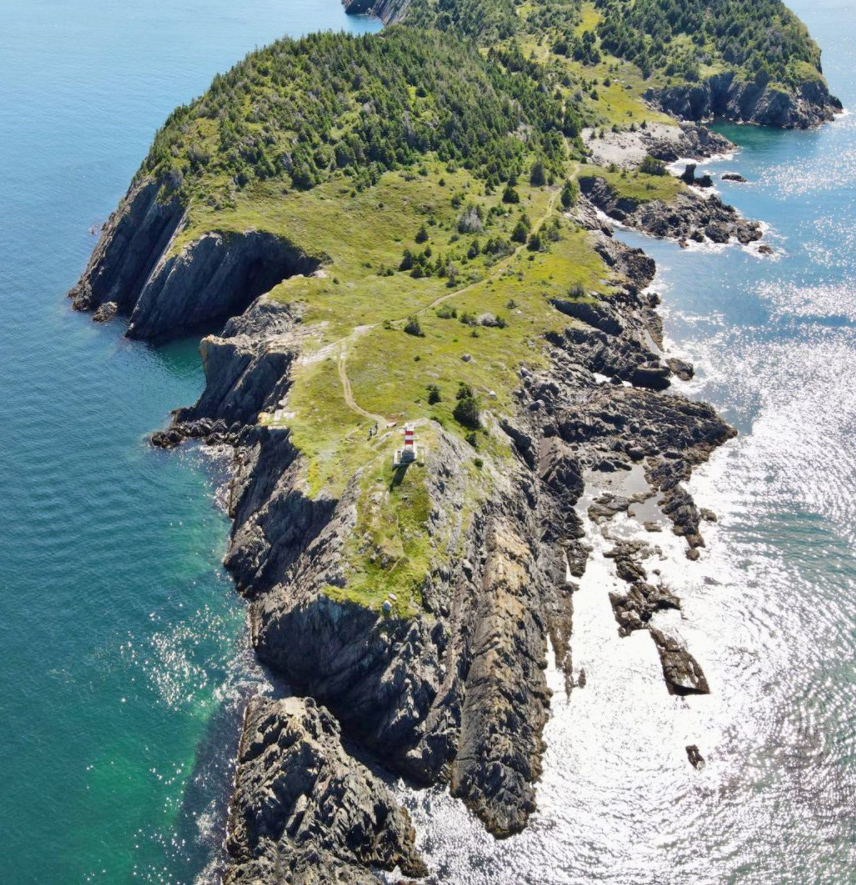 Salmon Cove Point is situated at the end of a peninsula that divides Harbour Main from Gasters Bay at the southern end of Conception Bay. In May 1908, a notice was circulated alerting mariners that a light had been established on the point:

The lighthouse tower is a wooden building, square in plan, with sloping sides, painted white. The tower is 24 feet high.

The light is an occulting white light, visible for 7 seconds and eclipsed for 3 seconds, alternately. The light is elevated 104 feet above sea level, and should be visible in clear weather at a distance of 10 miles in all directions seaward. The illuminating apparatus is dioptric of the sixth order. The light will be shown each year during the period of open navigation.

The station comprises the tower and a white flat-roofed dwelling distant 40 feet S.W. from the tower.

William Kennedy was hired as the first keeper of the lighthouse. In 1925, the Honourable Mr. Woodford gave the position to another man of Harbour Main. Kennedy wrote a petition and collected several signatures to protest the move. According to a newspaper article that February reporting the incident, Kennedy was a man of much infirmity, being disabled in his left and arm, and consequently unfit for and incapable of the performance of manual labor. He has still the financial responsibility of a household to provide for His petition was apparently successful as he was awarded an annual pension of $300 in May 1925.

Light Lists indicate that the lighthouse was automated in 1931, changing the lights signature to fixed white and making the light unwatched. The white, square, wooden tower remained standing through at least 1955. In 2021, a square, skeletal tower with a red-and-white rectangular daymark was displayin a flashing white light with a period of five seconds from Salmon Cove Point.

For a larger map of Salmon Cove Point Lighthouse, click the lighthouse in the above map.

The modern light on Salmon Cove Point can be reached via a walking trail from Gallows Cove.