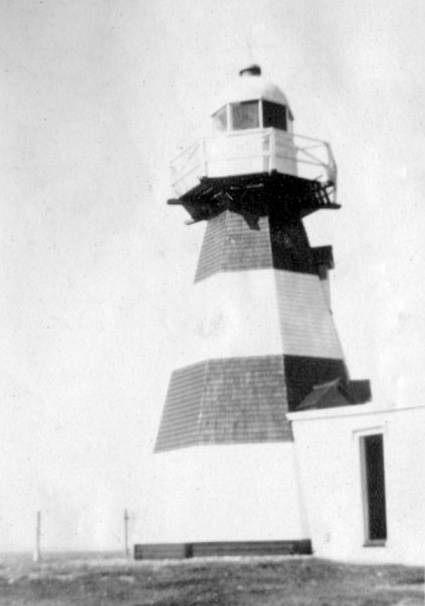 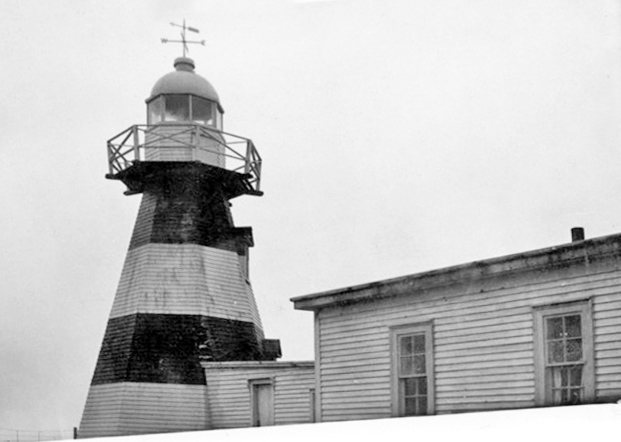 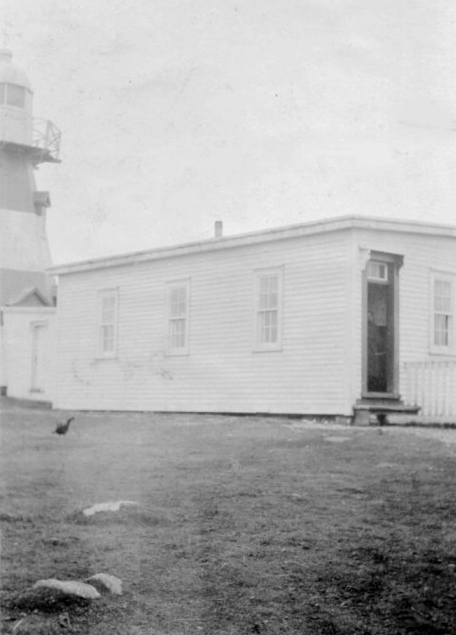 The Argentia Peninsula, situated just north of the Town of Placentia, is a triangular-shaped flat headland that stretches out into Placentia Bay creating a spacious harbour. Many visitors to Newfoundland arrive today at Argentia after a fourteen-hour-long ferry ride from North Sydney to the Avalon Peninsula, but few likely realize the history that has transpired near the ferry landing.

Argentia was originally settled by the French in the 1630s and was known as Petit Plaisance, French for Pleasant Little Place, until Father John St. John, the parish priest between 1895 and 1911, chose its present name. The name Argentia, meaning Land of Silver in Latin, was selected due to the silver ore found near Broad Cove Point on the east side of the harbour that was mined until the early 1920s.

In 1904, a lighthouse was built on Latine Point, the northwest corner of the Argentia Peninsula. A Notice to Mariners published that year announced the new light:

On and after the 6th October, 1904, a fixed red light will be shown from a tower erected on Latine point.

The light is elevated 42 feet above high water mark, and should be visible in clear weather 10 miles in all directions seaward. The illuminating apparatus is dioptric of the sixth order.

The tower is a wooden building, square in plan, with sloping sides, painted in red and white horizontal bands, two of each, the first upper band under the gallery red; the drum and lantern being white. The base of the tower is 11 ½ feet above high water mark.

Francis Foran was hired as the first keeper of the light. Francis would have been thirty-eight at the time, and four years later, he married Caroline Lamb of Red Island. Caroline was fifteen years younger than Francis, who had three children from a previous marriage: Ronald, Margaret and Anne. Grace, Clara, Mary, and Francis, Jr. were born to Francis and Caroline while at Latine Point Lighthouse.

Around 5 p.m. on November 28, 1929, an earthquake with a magnitude of 7.2 centered on the edge of the Grand Banks, south of Newfoundland, caused a submarine landslide that snapped twelve submarine transatlantic telegraph cables and spawned a tsunami that struck the Burin Peninsula, killing twenty-seven people.

At Point Latine that day, the light in the lighthouse had been lit and the family had just sat down to dinner. Francis, Jr. remembered what happened next as they scurried outside:

We moved out in front of the barn and watched as Ron went up the (light) tower. The top had been toppled from the kerosene light and the lamp was burning out of control. Ron threw the lamp out the small door in the tower. He then lit the spare lamp and came back to us.

We somehow connected the shaking of the house with the fire in the light tower. Ron went to the hill to visit the Powers  to visit Pauline to be exact  and also to get the news. The stories he brought back left use even more confused. All the houses had felt the tremor. Most people attributed it to a chimney fire and threw salt down their chimneys (to put out the fire).

According to Light Lists, Latine Pointe Lighthouse became an unwatched light in 1932, though it appears that Caroline Foran continued to reside in the keepers dwelling after that time.

In 1940, the United States and the United Kingdom agreed on the destroyers-for-bases deal, which saw fifty destroyers from the US Navy transferred to the Royal Navy in exchange for land rights on British Possessions. As a result of this, Argentia Peninsula was leased to the United States, and the peninsula became Naval Station Argentia. Over 400 residents were displaced along with a church, school, social hall, and three cemeteries to make room for construction of the new base. Work began in late 1940, and the base was commissioned on July 15, 1941.

On August 7, 1941, the USS Augusta arrived in the anchorage off the base with President Franklin D. Roosevelt aboard. Roosevelt inspected the base construction and did some fishing from the vessel before the HMS Prince of Wales arrived on August 9 carrying British Prime Minister Winston Churchill. Over the next four days, the two leaders and their staff discussed war strategies and logistics. A statement issued on August 14, 1941, which came to be known as the Atlantic Charter, outlined the American and British goals for the world after World War II.

Francis, Jr. remembered seeing the battleships in the bay near his home:

I read about Churchill and Roosevelt meeting somewhere in the Atlantic. When I saw the picture of the Arkansas and Prince of Wales, at anchor in front of the Isaacs, I made the connection.

This armada was certainly worth a picture but base security didnt encourage the use of cameras. Actually, a camera wasnt necessary  it was a sight never to be forgotten.

In an appropriation bill in 1941, $108, 915 was requested for the construction of a new Latine Point Light Station. The bill included the following on Latine Point:

The property to be leased to the United States for the base includes the Latine Point Light Station at the northwest point of Argentia Peninsula. This station should be improved by the addition of a powerful signal and the establishment of a light of considerable power, of a type to be useful to both air and marine navigation. The present structures are quite old and in poor condition, as well as being unsuited to installation of modern equipment. It will be necessary that the station be completely rebuilt and that protective work be constructed to resist erosion which is now progressing rapidly.

The new structure planned for Latine Point consisted of a service and quarters building about thirty feet square with a surmounting tower rising to about fifty feet above the water to support the light. A 1943 Light List shows that the characteristic of the light at Latine Point had been changed to a quick flashing light through the construction of the new station. The tower was later described as a thirty-two-foot-tall structure painted in black and white six-foot squares. This light, which was located at the end of one of the stations runways, was active through at least 1955.

In 1972, the base at Argentia became a joint operations station for the US Navy and Canadian Forces. The US Navy left Argentia on September 30, 1994, when the station was decommissioned. The provincial government now owns the land.

Although there is no light at Latine Point today, there is a set of modern range lights to guide the ferry into Argentia.

For a larger map of Latine Point Lighthouse, click the lighthouse in the above map.

No navigaton light is found on Latine Point today, though there is a set of range lights near the ferry landing.