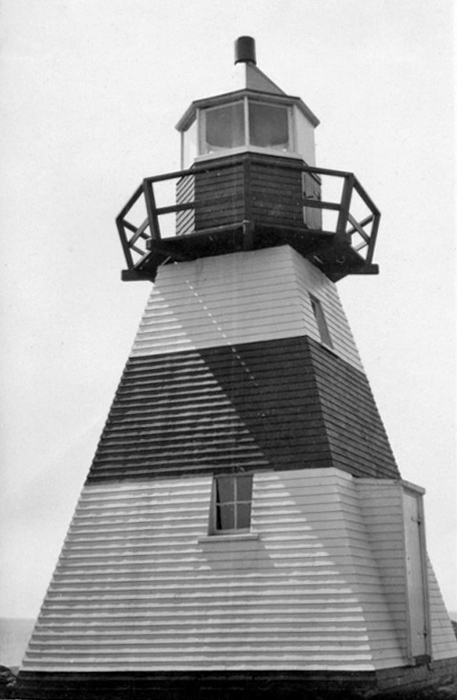 Most of the islands inhabitants were involved in the cod fishery, as the surrounding waters were lucrative fishing grounds. Though the islands are located just a mile off the Burin Peninsula, many wanted to live as close to the fishing grounds as possible to save both time and effort. The population of the islands peaked at roughly 800 residents.

In 1911, a lighthouse was built on the southern part of Davis Island. The following Notice to Mariners announced the establishment of the new light:

In January, 1812, a 6th order dioptric, intermittent white light every 5 seconds, thus, light 2 ½ seconds, eclipsed 2 ½ seconds, will be established on the southern side of Davis Island, Flat Islands, Placentia Bay, south coast of Newfoundland. The light will be exhibited 67 feet above high water from a wooden tower, 25 feet high, square in plan, with sloping sides, painted red and white in horizontal bands.

F. Gosling was hired as the first keeper of the light. The lighthouse was not staffed too long, as in 1931, an automatic flashing white light with a period of three seconds was installed, and the light became unwatched.

The original wooden lighthouse survived through at least 1955.

The Flat Islands were resettled in the late 1960s under Joey Smallwoods resettlement program.

For a larger map of Flat Islands (Davis Island) Lighthouse, click the lighthouse in the above map.

No navigation light is found on Davis Island today.