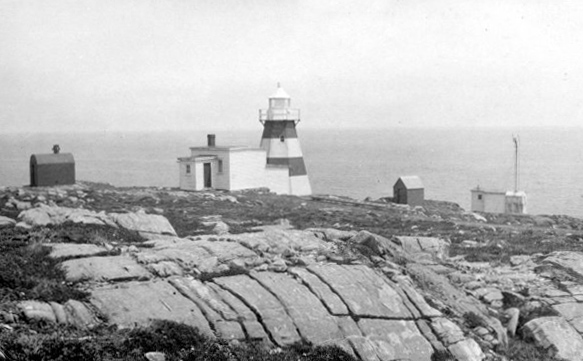 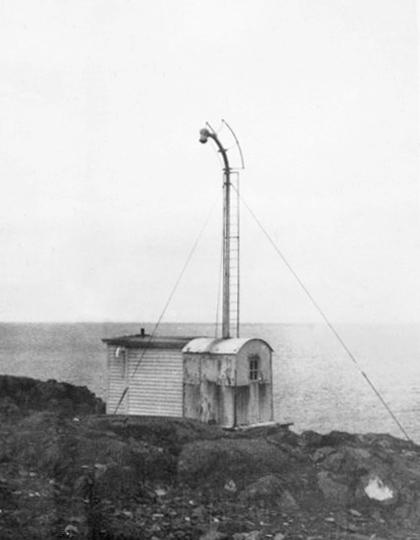 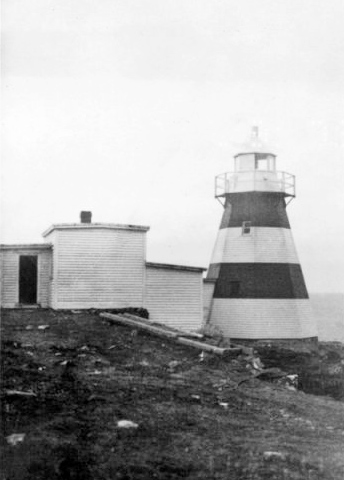 In 1894, an iron lighthouse that had been ordered from Victoria Works for Western Bay was transferred to Bacalhao Island and one planned for Hearts Content was placed on Motion Island, off Random Head, instead. A road had already been made to the proposed lighthouse site on the headland at Western Bay in 1893, but it would not be until 1901, that a station was finally established there.

A 1901 Notice to Mariners, provides the following description of the new station, which featured a green light shown from a lens lantern and an explosive fog signal:

Notice is given by the Government of Newfoundland that a light and fog alarm were to be put in operation at Western Bay point, Conception bay, east coast of Newfoundland, on the 1st July, 1901.

The light is fixed green, shown throughout the year from an open wooden framework tower, and should be visible 3 miles in clear weather. The illuminating apparatus is dioptric.

The fog signal consists of 4 oz. Gun cotton cartridges, exploded every 15 minutes, during thick or foggy weather from a white signal building 45 feet westward of the light. A ships alarm at sea will be answered by two discharges in quick succession. It will be in operation after 1901, from 1st May to 31st December.

In addition to the light tower and signal cabin the station comprises a slate covered charging house, a white dwelling with black roof and a red brick magazine.

Western Bay finally did receive a formal lighthouse, but it was not until 1912. A Notice to Mariners published that year described the new light:

The Government of Newfoundland has given notice that on September 20, 1912, the fixed green light on Western Bay Head, Conception Bay, east coast of Newfoundland, would be replaced by a 6th order intermittent white light every 10 seconds, thus, light 7 seconds, eclipsed 3 seconds. The new light is exhibited from an octagonal wooden tower, with sloping sides, which will be painted red and white in horizontal bands, two of each color, the first red bank next to the gallery, with drum and lantern white.

Edmund Butt served as keeper of the light from 1901 until the light was automated and made unwatched in 1932. James Crummey removed the dwelling from the point after it was no longer needed. Reuben King served as caretaker of the automated light. Light Lists show that the wooden, octagonal lighthouse was standing through at least 1955, and it was reportedly torn down in 1968. In 2021, a skeletal tower was displaying a flashing white light with a period of ten seconds from the point.

For a larger map of Western Bay Lighthouse, click the lighthouse in the above map.

The modern light on Western Bay Head can be seen by hiking out to the point east of Wester Bay.