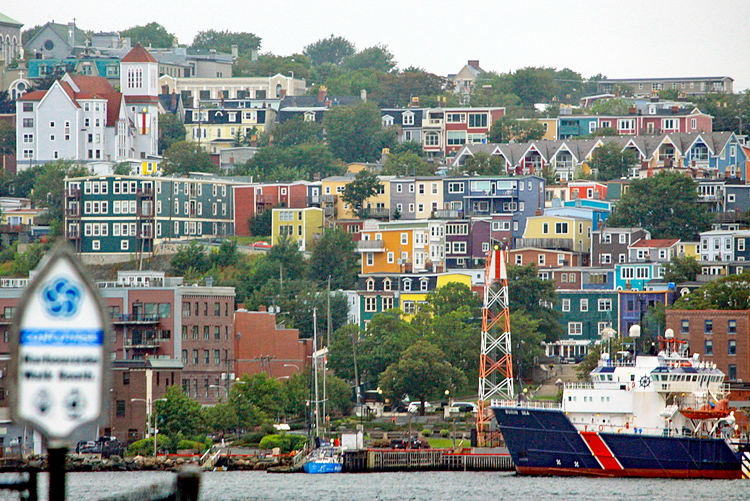 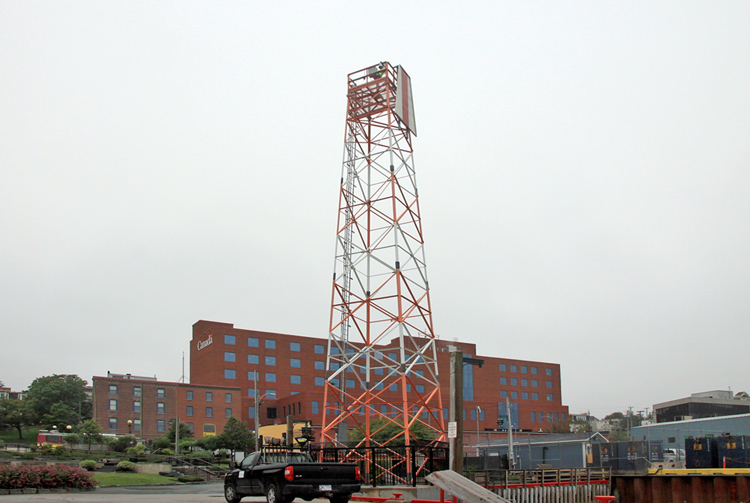 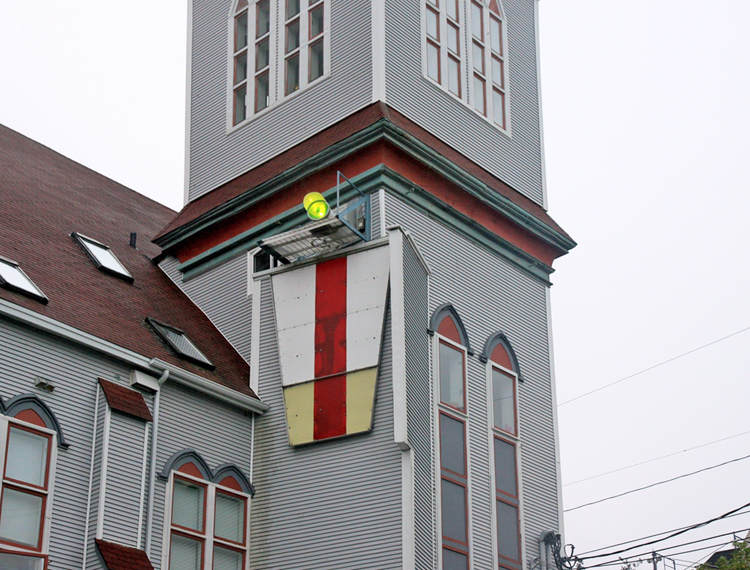 The protected natural harbour at St. Johns is accessed by passing through The Narrows, a 1,000-metre-wide opening between North Head and South Head. Newfoundlands first lighthouse was constructed at Fort Amherst on South Head in 1831 to mark the entrance to the harbour, and in 1863, a set of range lights was activated inside the harbour to help mariners avoid the dangerous rocks and shoals that bordered the entrance channel. An 1865 almanac provides the following description of these early lights:

Two red lights are exhibited every night from sunset until sunrise, intended as leading marks for vessels entering the Narrows. The lower light on the roof of the Custom House - the other 400 yards in the rear, on a white post, within a few yards of the N.E. angle of the Congregational Church, and 180 feet above the level of the sea. These lights will be readily distinguished from other lights in the town; and keeping them in a line bearing N.W. ¾ W. will lead in the largest vessel clear of all danger. To serve as leading marks also during the day, the pediment of the Custom House has been painted white; this is to be kept in line with the upper lantern, also painted white. Exhibited 1st September 1863.

After Captain Maxwell of the Royal Navy noted that the line indicated by the range lights was erroneous, Captain Robinson, who was the harbour master at the time, made observations in 1877 to determine the proper positions for the lights. As a result, a brick tower was built at the upper station and a mast was erected on the roof of the Custom House to support a drum, in which was placed a gas lamp and reflector.

John Lawlor was hired to look after the lights starting in the 1860s. In 1889, he was suspended for neglecting his duties, but in consideration of his infirmities and long attention to the lights he was retired at half-pay. Thomas Cleary was hired as the new keeper at half the salary Lawlor had been earning.

On July 8, 1892, fire destroyed a large section of St. Johns. Roughly two thousand houses were destroyed, leaving over a third of the citys residents homeless. The leading lights were destroyed, but the small brick tower near the Congregational Church was re-roofed and refitted with a light as quickly as possible, and a temporary mast was raised to take the place of the one that had stood atop the Custom House. The new lower light was easily extinguished during storms as the mast vibrated, displacing the chimney in the lantern. In 1893, a Mrs. Meehan began construction on a house that cut off half of the upper light. The outcome of the arbitration that was begun to determine Mrs. Meehans rights was not reported in the lighthouse records, but legislation was passed a few years later to ensure that no building was constructed that would obstruct or interfere in any manner whateverwith the leading lights exhibited as guides to vessels entering the harbor at St. Johns.

By 1907, the front light was being displayed from a mast on the roof of a redbrick building at the head of the eastern pier of Kings Wharf, while the rear light was displayed from the tower of the Congregational Church. The mast had three heart-shaped daymarks on it to increase its visibility during daylight hours.

At some point, a skeletal tower was erected near the waterfront to display the front light. The rear light is still displayed from the tower of the Congregational Church, but the church was converted into Chapel Hill Condominiums in 1987.

For a larger map of St. John's Harbour Range Lighthouse, click the lighthouse in the above map.

The front light can be seen in Harbourside Park along the waterfront, while the rear light is at the intersection of Chapel Street and Queens Road.