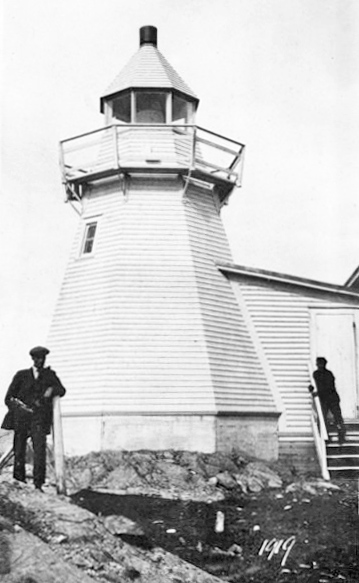 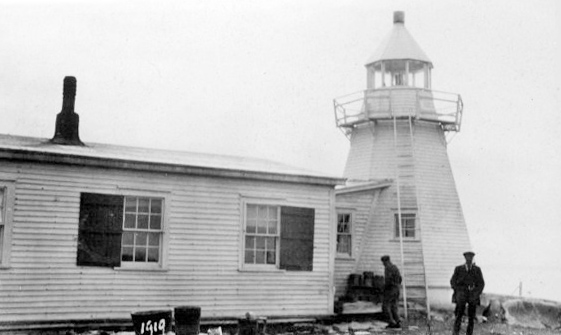 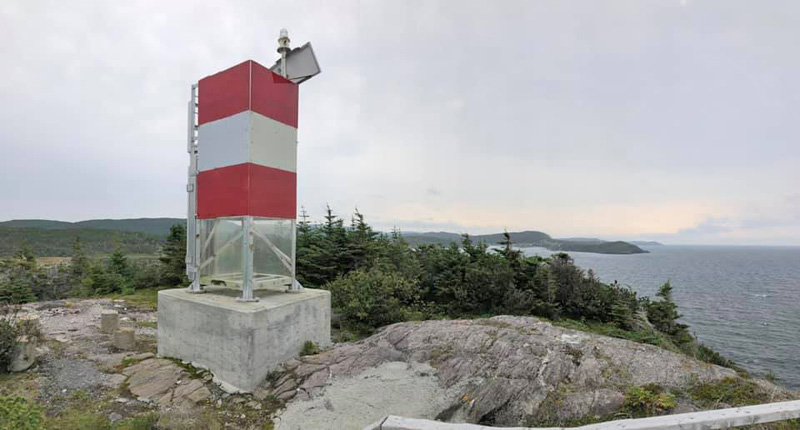 The village of New Perlican is situated on Trinity Bay, just north of Hearts Content. Though its name includes the word New, the village is one of the oldest in Newfoundland. Old Perlican, located farther north along the shore, is older, but New Perlican can trace its origin to at least 1675, when William Hefford settled there. Hefford Plantation is thought to be the oldest plantation in Canada still occupied by descendants of its first settlers.

New Perlican had a population of just 186 in the 2016 census, but back in 1921, it boasted 629 residents. It was around this time that the need for a lighthouse on Jeans Head was strongly felt. Jeans Head forms the northern side of the entrance to the harbour at New Perlican, and in 1915 a lighthouse was built there. The following Notice to Mariners publicized the establishment of the new light:

In September, 1915, and without further notice a 4th-order dioptric occulting white light every 10 seconds, thus, light 7 seconds, eclipsed 3 seconds, will be established on Jeans Head.

The light will be exhibited, 159 ½ feet above high water, from an octagonal wooden tower with sloping sides, painted white, connected with a one-story flat-roofed keepers dwelling by a covered way.

The lighthouse itself was twenty-seven feet tall. Corbett Legge was hired as the first keeper of the lighthouse, and he served from 1915 to 1926. Allan Ghent took charge of the light in 1926 and served until 1931, when the light was automated and its characteristic was changed to a flashing white light with a period of two seconds.

According to Light Lists, the wooden, octagonal tower was still standing through at least 1958. In 2021, a square, skeletal tower with a red-and-white rectangular daymark was displaying a flashing white light on Jeans Head.

The Town of New Perlican designated Jeans Head Lighthouse site a Municipal Heritage Site in 2013 for its historic, cultural, and aesthetic values. A motion from a council meeting held that year provided the reasoning for the designation:

Jeans Head Lighthouse Site has cultural value as a reminder of an earlier time. The light station no longer stands, but the memory of it resides with the community. The site is a reminder of a time before automated light towers when mariners relied on the skills of a qualified light keeper to give them safe passage through treacherous waters. The grounds of the former light station are now incorporated into a hiking trail system, ensuring that the site remains an active component of the communitys cultural landscape.

Jeans Head Lighthouse Site has aesthetic value due to its environmental setting. The Jeans Head promontory overlooks New Perlican Harbour and provides an expansive view of the waters of Trinity Bay.

For a larger map of Jeans Head Lighthouse, click the lighthouse in the above map.

Jeans Head can be accessed from New Perlican via a walking trail.