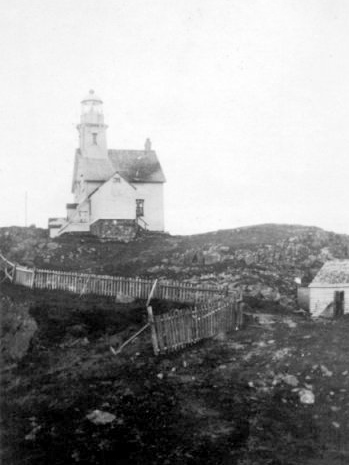 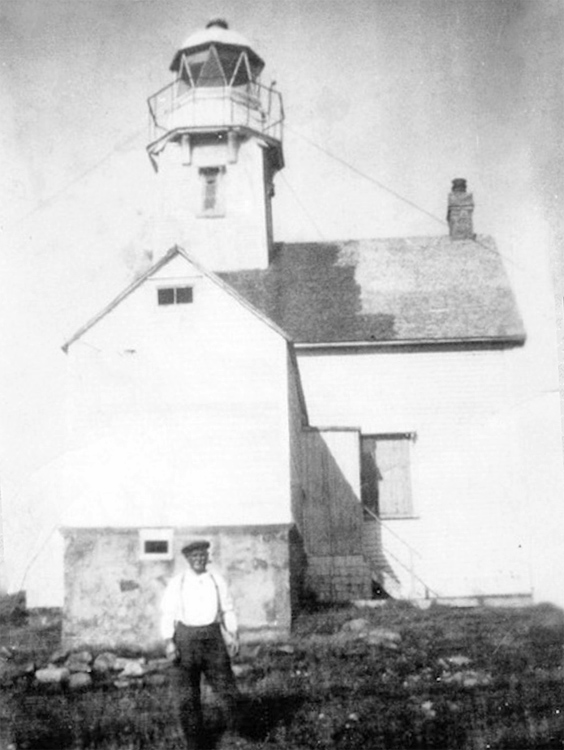 Carbonear Island lies just off the entrance to the harbour of Carbonear in Conception Bay. In 1954, what happened on the island many years before was designated a national historic event. A plaque affixed to a stone in Carbonear gives the reason for the designation:

During the winter of 1697, after French raiders had laid waste most of the English settlements in Newfoundland, the residents of Carbonear and surrounding communities entrenched themselves on Carbonear Island. From here they repelled repeated attempts to take the island and for a brief time were virtually the only holdout against French domination of Newfoundland. Carbonear Island was successfully defended again in 1705 by local inhabitants led by William Pynne of Carbonear against a French force from Placentia which had pillaged the coastal fisheries.

In 1878, a lighthouse, situated atop the highest point on Carbonear Island, was placed in operation with George Taylor as its keeper. An 1879 almanac provided the following description of Carbonear Island Lighthouse: A fixed white light, 195 feet above sea level, and visible 16 miles in clear weather. The tower and dwelling are of wood, in one building, and are situated in 47 4424 N. lat., 53 09 22 W. long. The apparatus is diopitrc, of the 8th order, with a simple argand burner. The whole horizon is illluminated.

The lighthouse resembled a church, being painted white and having a steeply pitched red roof with a square tower rising from one end. In 1883, a small store was built at the landing place on the island, and the keeper was given winter sashes for the dwelling. Various repairs to the landing wharf and lighthouse were carried out over the years, and the following needs were noted in 1892: The roof of the house is leaky during storms. It is doubtful if re-shingling with material of the indifferent quality now obtainable will make it any better. A carefully-nailed coating of felt over the shingles will prevent the trouble complained of. The clapboard needs to be re-nailed. A new sunken wharf will have to be provided at the landing place, and repairs made to the wharf.

Keeper Taylor died on the island in 1882, and Henry F. Forward was appointed in his stead. Henry F. Forward looked after the light until his passing in 1898, when his son Henry G. Forward took charge. Henry G. Forward raised his family on Carbonear Island and served until he died there in 1928. A local newspaper noted his death: On Friday morning, March 23, the Angel of Death visited the Light House on Carbonear Island, and took away the soul of the keeper, Mr. Henry Forward. Mr. Forward was 71 years and for the past 44 years has lived with his family on the Island, always keeping his light shining brightly to guide the wandering seaman home to port. A few weeks ago Mr. Forward was in to Carbonear and seemingly in the best of health, but a slight cold set in, which quickly developed into pneumonia, and before many days had passed the soul of Mr. Forward departed from this world to the heavenly home above.

After the death of Henry G. Forward, an automated light was installed in Carbonear Island Lighthouse, changing the characteristic of the light from fixed white to a white flash every five seconds. The original lighthouse remained standing through at least 1955, as that year a Light List still described light on Carbonear Island as being displayed from a tower on the gable of a white wooden house with red roof. In 2021, a square, skeleton tower, with a red-and-white rectangular daymark, was displaying a flashing white light with a period of six seconds from the northeast end of Carbonear Island.

For a larger map of Carbonear Island Lighthouse, click the lighthouse in the above map.

A distant view of the island is possible from Carbonear.


There is a sign in Historic Harbour Rock Hill Park on Water Street in Carobnear that gives the history of Carbonear Island. The sign covers not only the lighthouse but how the island served as a natural fortress and now as a bird sanctuary. In 2010 and 2011, archealogical digs on the island uncovered several artifacts that document the period in which the island was used as a refuge from French invaders. A major exhibit in the Railway Station Museum in Carbonear documents the history of Carbonear Island.