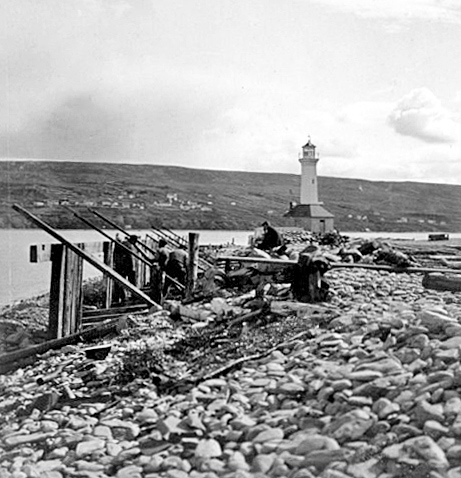 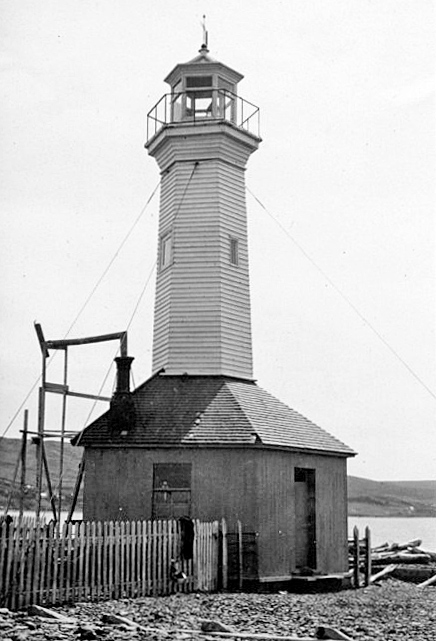 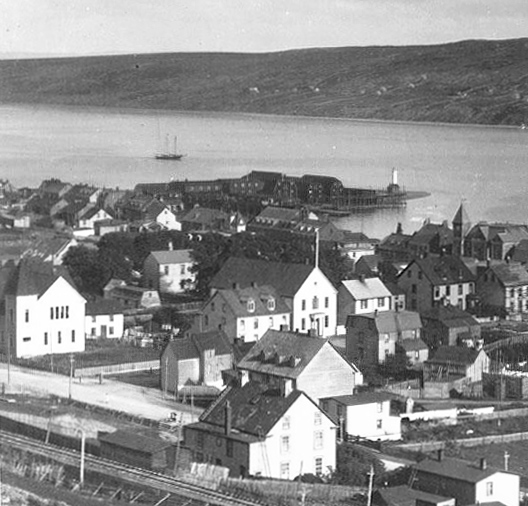 Harbour Grace is situated on the eastern side of the Avalon Peninsula along Conception Bay. Named after Havre de Grâce (now Le Havre) in France, the area was founded in 1517 and was a thriving seasonal fishing community for many years before permanent settlement occurred in 1583.

A report in 1855 praised the new light: The usefulness of this Light has fully realized every expectation, and in point of brilliancy is second to none in the Colony. This light is produced by gas and an annular lens of very superior description, the quantity of gas consumed from 7th December, 1854 to 7th December, 1855, was 17,500 feet. The gas used in the light was originally produced from coal imported from the West Indies.

Michael Kearny built the lighthouse, which consisted of a hexagonal, wooden tower centered on a three-sided, one-story cottage. Two lights were exhibited from the towers lantern room to distinguish it from the single light used on Harbour Grace Island. George Brown was hired as the first keeper of the lighthouse, and he served longer than any of his successors.

By 1863, the beacon light, which was situated on Point Beach, was in danger of having its foundation undermined by the washing away of the beach by strong easterly winds. Two plans were presented for protecting the lighthouse:

One plan would be, by driving about 100 posts, of eight feet long, down into the beach to about half their length, by which means the beach would be found rapidly to increase, and permanently to resist the action of the sea; and I may here observe that it is an established fact, that to the adopting of this method, many years ago, more than one-half of the point of beach at Harbor Grace owes its origin.

The other method would be by the placing of an old vessel on the point at high water, and filling her with ballast, and secured from listing by a few shores at the outside. Mr. Makinson, by providing the vessel free of expense, would require the privilege of using the vessel as a landing place for the steamer Ellen Gisborne.

The lighthouse was out of plumb by 1865, and the sea was flowing within a few feet of its foundation. A substantial breastwork was finally built around the structure in 1867 and at some point a vessel was also sunk at the point. Captain Spence improved the surrounding breastwork in 1883  1884.

By 1884, the lantern room atop the lighthouse had decayed to the point where water was entering the upper part of the structure. A new iron lantern room was recommended to address this issue. In 1895, the illuminant for the lighthouse was switched from gas to kerosene oil, and the keeper reported that the lighthouse rocked a good deal during heavy winds. Concrete ground fastenings were put in place in 1909, and stays were fastened from them to the lighthouse to steady the structure. In 1905, the characteristic of the beacon light was changed from fixed white to fixed red.

In 1960, the decision was made to replace the century-old wooden lighthouse on Point of Beach with metal tower. A square, skeletal tower topped by a lantern room and gallery marked Point of Beach until about 2000, when it was discontinued and a sector light was constructed on the site. The square, skeletal structure on Point Beach today does not have a lantern room. The tower discontinued around 2000 was relocated across the water to what is known as Harbour Grace Marina.

Though the original lighthouse no longer stands at Harbour Grace, it has not been forgotten by the community. An image of the lighthouse is found in the towns seal, and in 1995, a replica of the base of the beacon light was built to serve as a tourist information centre. Known as the Kearney Tourist Chalet, the building is open from June to September each year. The information centre is located near the head of the inlet adjacent to the Amelia Earhart Statue and the Spirit of Harbour Grace, a DC-3 airplane.

For a larger map of Point of Beach (Harbour Grace) Lighthouse, click the lighthouse in the above map.

The modern light can be seen on Point of Beach, while the tower used until around 2000 is now located at Harbour Grace Marina.


When you are in Harbour Grace, it is interesting to check out the town's connection to Amelia Earhart. On May 19, 1932, Earhart took off from the grass air strip at Harbour Grace at 7:20 pm and landed in Northern Ireland nearly fifteen hours later, making her the first woman to fly solo across the Atlantic. In Harbour Grace, you will find a statue of Amelia Earhart near the replica of the Point of Beach Lighthouse that serves as the tourist information centre, and you can also visit the grass air strip from where Earhart embarked on her transatlantic flight.