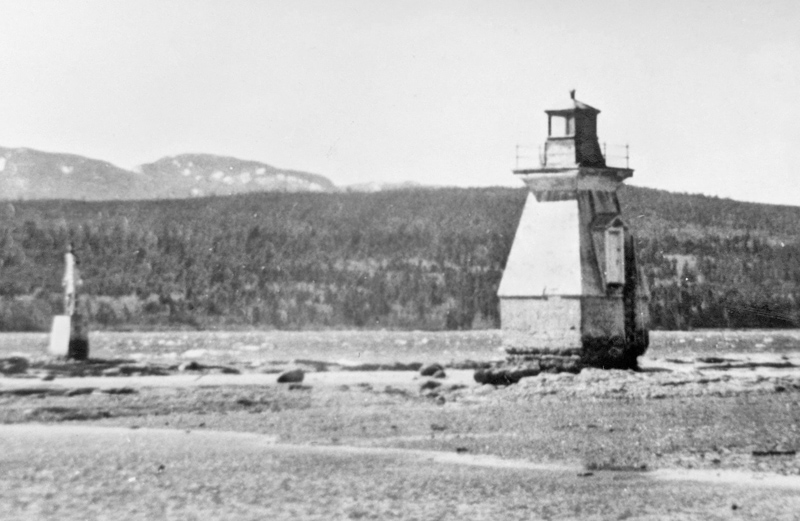 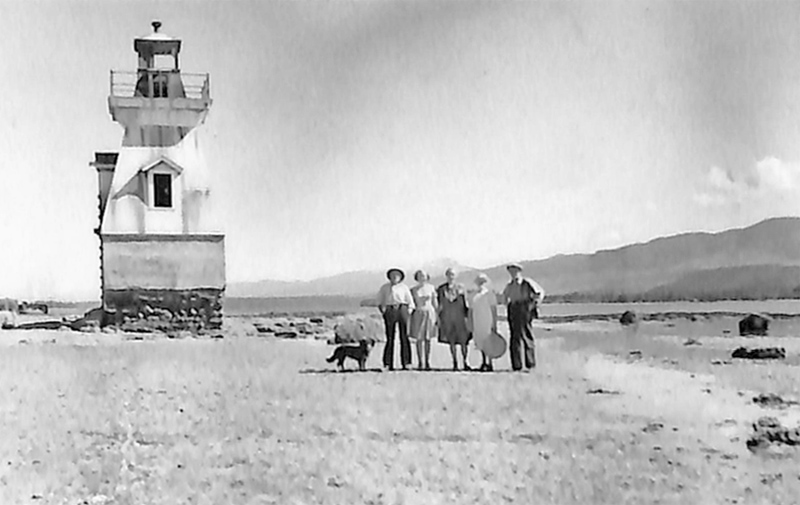 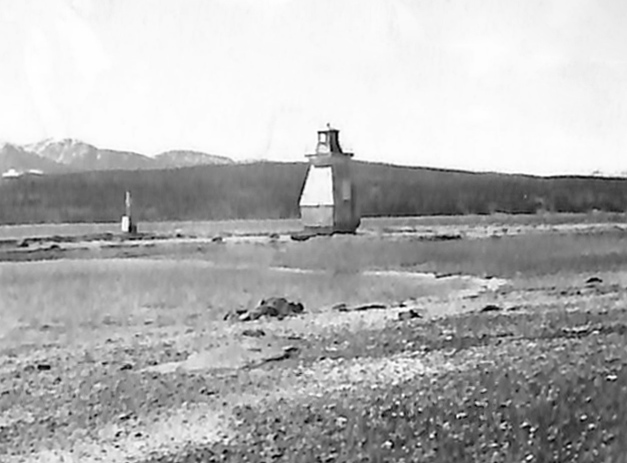 Denman Island lies offshore from Buckley Bay and can be reached by ferry service from there. The larger communities of Courtenay and Comox are situated just north of Denman Island.

In 1906, the Department of Marine built a lighthouse on a reef off the western side of Denman Island to mark this dangerous obstacle:

A lighthouse tower was erected on the reef on the west side of Denman island, about 1 ¼ miles to the southward of Village point, and was put in operation on July 1, 1906. The tower stands on the reef, 250 feet out from shore. It is a square wooden building with sloping sides, surmounted by a square wooden lantern, the whole painted white. It is 27 feet high from its base to the top of the ventilator on the lantern and stands on a concrete foundation 12 feet high. A foot bridge connects the lighthouse with the shore. The light is a fixed white dioptric light of the sixth order elevated 23 feet above high water mark, and visible 7 miles from all points of approach by water.

A beacon was erected on the outer edge of the reef 200 feet S. 45 degrees W. from the lighthouse, and consists of a pole with a latticework drum on top, painted white, rising out of a concrete foundation.

John A. McMillan, the first keeper of the light, served until 1911, and then H. Piercy looked after it until the light was automated in 1921. Upon automation, the characteristic of the light was changed from fixed white to occulting white.

For a larger map of Denman Island Lighthouse, click the lighthouse in the above map.

The modern light can be seen from the ferry landing on Denman Island.