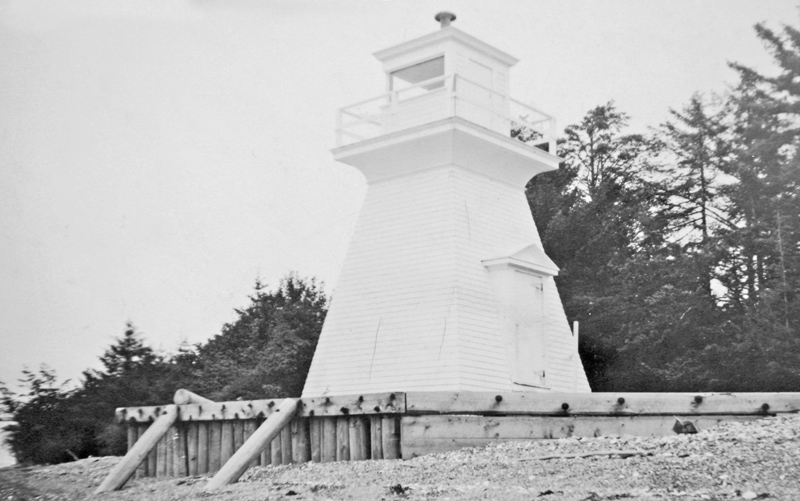 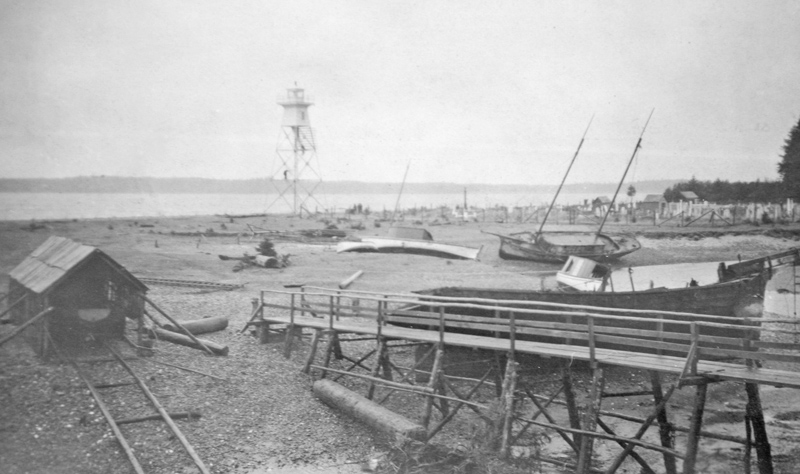 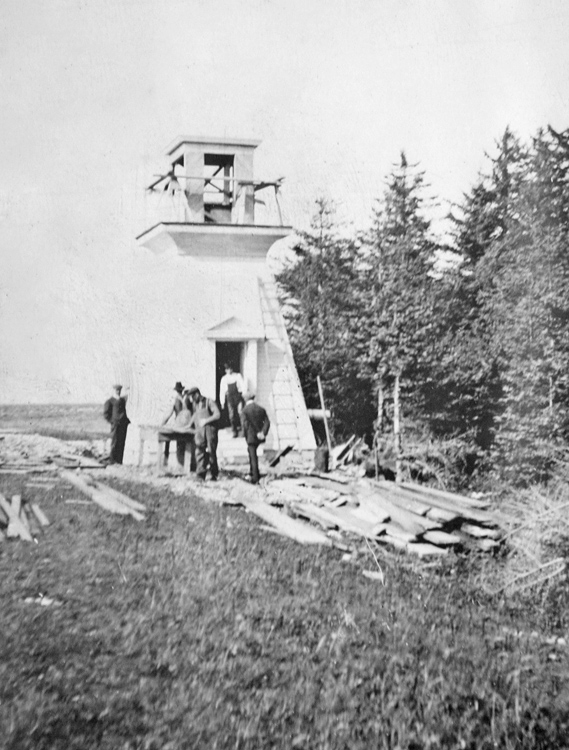 Masset, formerly Massett, is a village situated on the northern shore of Graham Island, the largest of the more than fifty islands in the archipelago of Haida Gwaii.

In 1913, day labour, under the direction of L. Cullison, constructed a twenty-seven-foot-tall square, wooden, enclosed, pyramidal tower to display a front light, and a sixty-two-foot-tall, steel, skeletal tower to display the back light in the range. A catoptric apparatus was used in the front light, while a fourth-order dioptric lens was used in the back light. The range lights were placed on the west extremity of Entry Point, marking the entrance to the harbour at Masset and Masset Inlet.

The skeletal back tower, situated 900 feet from the front light, was painted red and was surmounted by an enclosed watchroom and square lantern room, both painted white. Petroleum vapour, burned under an incandescent mantle, was used for the rear light. Wooden slats were placed on the upper portion of the rear tower, below the watch room and facing the front light, to increase the visibility of the structure in daylight hours.

Henry Harry Weah, chief of the Haida, was appointed the first keeper of the range lights. He would have been roughly sixty-one at the time of his appointment, and he was listed as the keeper until his death in 1932.

In 2021, modern range lights were marking the entrance to Masset Harbour, but instead of being on Entry Point, the front range light is now situated in the water at the middle of the entrance and the rear light is located on the shore south of Entry Point.

For a larger map of Masset Range Lighthouse, click the lighthouse in the above map.

The modern lights can be seen from Old Massett Village.