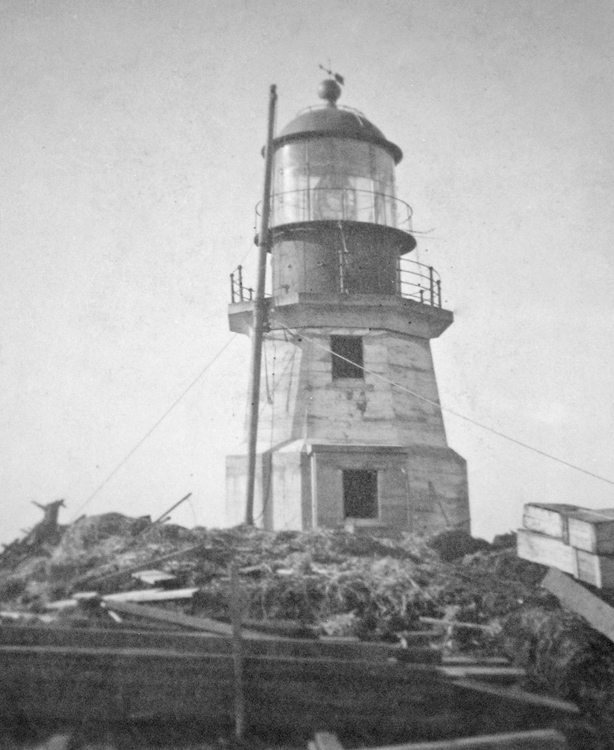 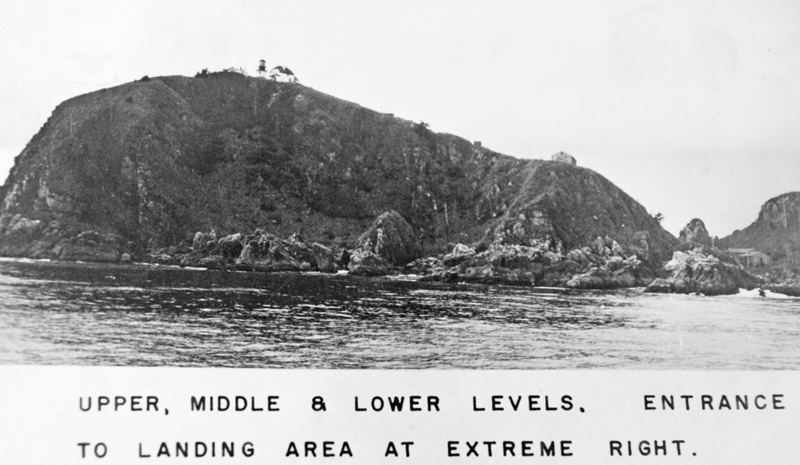 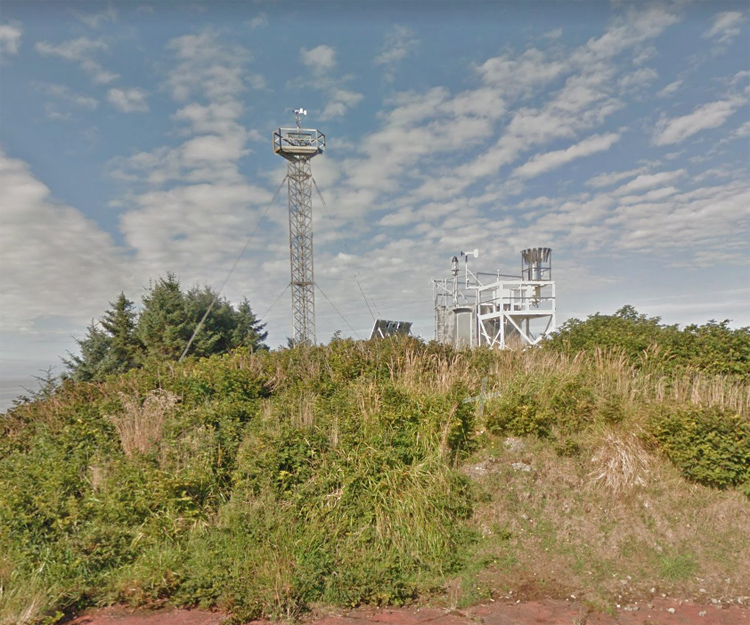 In July 1776, Captain James Cook embarked on his third voyage of exploration which visited King Georges Sound (what is now Nootka Sound, British Columbia). Aboard the Discovery with Captain Cook on this voyage was George Dixon, who in 1785 would captain the Queen Charlotte for the King Georges Sounds Company and return to King Georges Sound to engage in the fur trade. In 1787, Dixon came upon a large archipelago, which he named the Queen Charlotte Islands. As he sailed around the southern end of the archipelago on July 25, which was the feast day of St. James, he gave it the name Cape St. James.

In 1913, the Department of Marine erected a forty-four-foot-tall reinforced concrete tower atop St. James Island, the largest of a collection of small islands at Cape St. James. A wooden dwelling was built near the lighthouse, and a boathouse was constructed at the shore. R. Chrystal supervised the construction of the station which cost $18,114.

The following Notice to Mariners announced the new light:

The Canadian Government has given notice that about February 15, 1914, and without further notice, a 3rd order dioptric flashing white light of 100,000 candlepower, showing 1 flash every 5 seconds, would be established on Cape St. James, St. James Island, Queen Charlotte Islands, British Columbia.

The illuminant is petroleum vapor burned under an incandescent mantle. The height of the tower from base to vane is 44 feet.

Taylor Ash served as the first head keeper of Cape St. James, but he stayed only a few months. Laurance Thompson replaced Ash as keeper and served until 1918. The longest-serving keeper at the Cape was Stanley F. Lawrence, who served from 1921 to 1931.

In 1925, a new keepers dwelling had to be built as the original was lost to fire. Temporary quarters were established in the boathouse for the keeper while the new dwelling was under construction. While the work crew was on the island, the tramway and engine house were also repaired.

On August 26, 1943, a military radio station was established on the island with a complement of sixty-five men to help with the war effort. Multiple buildings were built at a lower elevation than the lighthouse to house the men. The radio station was discontinued on August 10, 1945.

St. James Island was a remote and very inhospitable place to live. Powerful winds would often sweep the island, and weather conditions were often poor. These factors plus the fact that little shipping passed close to the light led to the automation of the lighthouse in 1961.

On June 3, 2010, the Haida Gwaii Reconciliation Act formally renamed the Queen Charlotte Islands Haida Gwaii. The archipelago is the heartland of the Haida Nation, which makes up roughly have the population of the islands. The southern third of the archipelago is part of the protected Gwaii Haanas National Park Reserve and Haida Heritage Site.

In 2021, a flashing white light was exhibited from the top of a white mast on the summit of St. James Island.

For a larger map of Cape St. James Lighthouse, click the lighthouse in the above map.

Access to St. James Island is very hazardous and may be restricted.