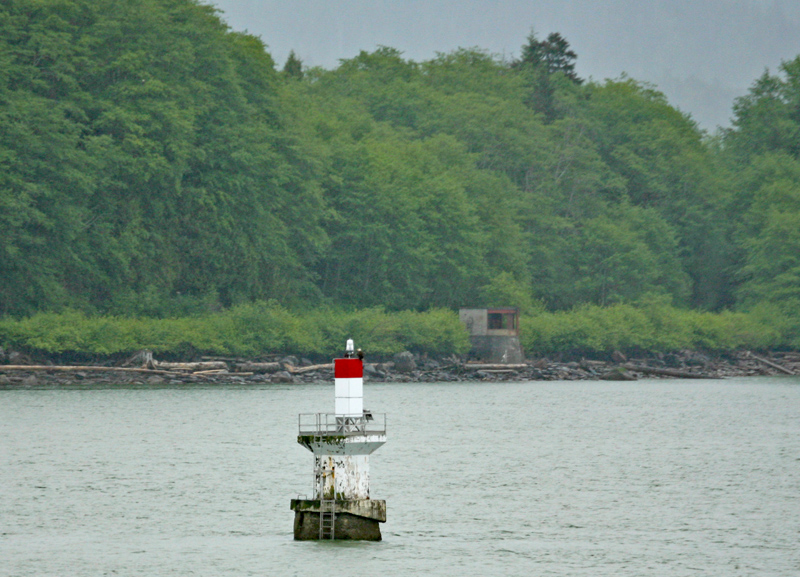 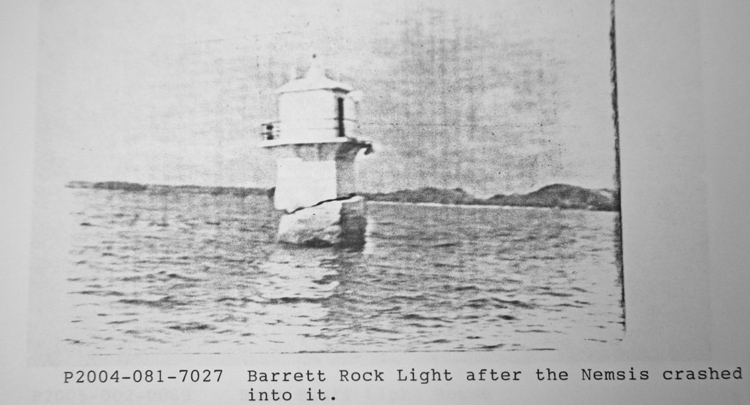 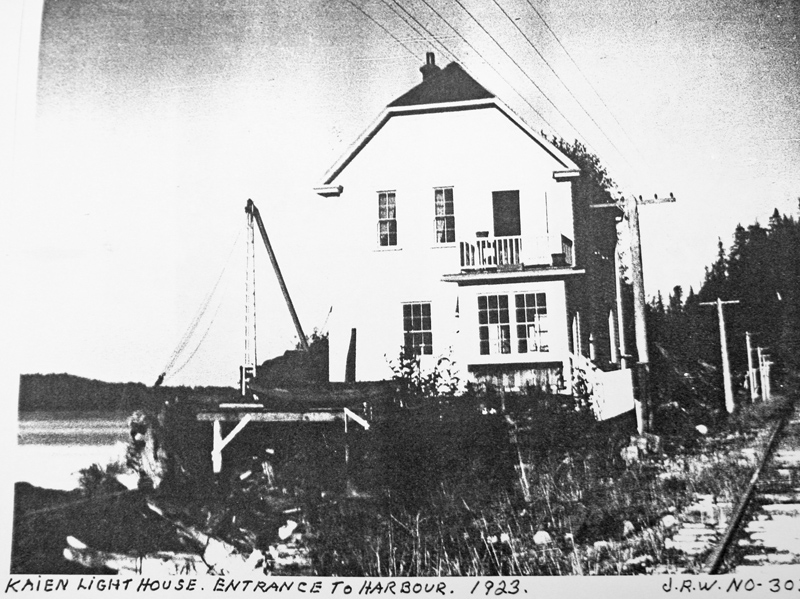 In 1919, the Department of Marine built a combined concrete light tower and fog alarm on Barrett Rock. A combined keepers dwelling/engine room was built of wood on Barrett Point. James Hall was hired as the first keeper of the light and fog alarm.

The following Notice to Mariners was published in 1919 to alert mariners to the new navigational aids that were soon to commence operation:

About March 1, 1920, an unwatched occulting red acetylene light will be established on Barrett Rock, in the southern approach to Prince Rupert Harbor. The light will be exhibited 22 feet above high water from a rectangular reinforced concrete tower, with pointed ends, surmounted by a square concrete house with lantern on top, the whole 44 feet in height and painted white.

The dwelling will be a rectangular wooden structure on shore directly eastward of the beacon and connected with it by a submarine cable.

On March 1, 1920, when the light is placed in operation the gas and bell buoy will be discontinued.

E.H. Shockley of Prince Rupert built the forty-foot-tall tower to support the light and fog alarm. The work was especially difficult as the rock on which it was built only dried four or five times during the summer of 1919. Duplicate gasoline engines in the basement of the keepers dwelling were used to drive electric generators. Two submarine cables fed the electricity out to the concrete tower to operate an air compressor that powered the diaphone.

The improved navigational aid couldnt prevent all accidents at the rock. In March 1936, the lighthouse tender Newington called at Barrett Rock Lighthouse and offloaded oil at the keepers dwelling. While backing up, the vessel became stranded on the rock. It was hoped that the next high tide would free the lighthouse tender. At some point, the fishing vessel Nemesis struck the concrete tower, causing it to crack.

Barrett Rock was supposedly de-staffed in 1963, but Light Lists indicate the station had resident personnel through 1973.

In 2020, a white, square, skeletal tower with a red band at its top was used to display a flashing red light at Barrett Rock.

For a larger map of Barrett Rock Lighthouse, click the lighthouse in the above map.

The modern light can be easily viewed from the ferry that calls at Prince Rupert.