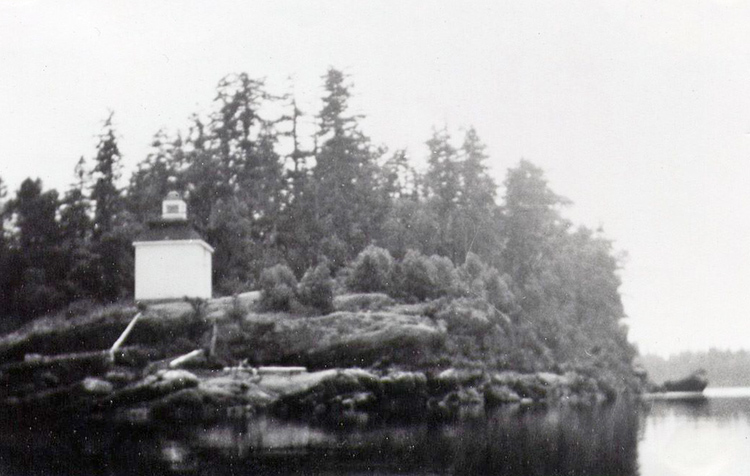 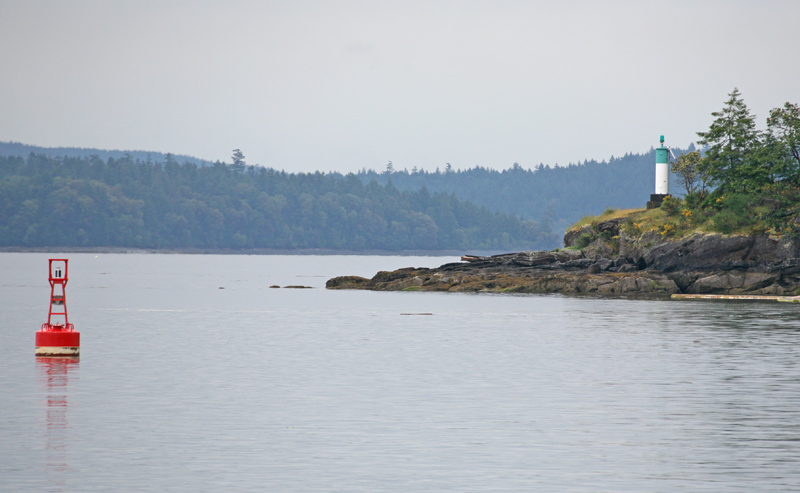 Bare Point is situated at the end of the peninsula that forms Chemainus Bay on the east coast of Vancouver Island, between Nanaimo and Victoria. Chemainus Bay has been an important exit point for timber for many years and today is the port from which ferries run to Penelakut Island and Thetis Island.

In 1896, the directors of the Victoria Lumber Manufacturing Company wrote James Gaudin, Marine Agent in Victoria, requesting that a lighthouse be built on Bare Point to aid the lumber vessels accessing the harbour at night. Captain Gaudin forwarded the request to Ottawa and added that there were plans to ship coal at this point from the new mines being opened.

The Annual Report of the Department of Marine for 1897 contains the following information on Bare Point Lighthouse:

A lighthouse was erected on Bare Point, Horse-shoe Bay, Chemainus settlement, on the east coast of Vancouver Island.

The lighthouse stands on the extremity of the point, 24 feet back from the waters edge, and 12 feet above its level. The building consists of a square wooden dwelling, carrying a square wooden lantern on the apex of the cottage roof. It is 30 feet high from the sills to the vane on the lantern, and is painted white throughout.

The light is a fixed white light, elevated 36 feet above high water mark; it should be visible 13 miles from all points of approach by water. The illuminating apparatus is dioptric of the 7th order, and will be visible about 10 miles.

James Crozier was hired on June 12, 1897 as the first keeper of Bare Point Lighthouse at an annual salary of $120. With the permission of Agent Gaudin, Crozier doubled as a lumber inspector at the Chemainus sawmill to supplement his income. Keeper Crozier would row or walk to the point each night from Chemainus, get the light going, and then return the following morning to extinguish the light. In stormy or thick weather, Crozier would remain at the light for the night.

In 1900, a floating landing was built at the point at a cost of $36. Keeper Crozier spent a good deal of time keeping flotsam from damaging the landing. In March 1911, a gale swept away the landing. Crozier resigned in 1911, and Philip R. Stevenson took charge of the light. Keeper Stevenson suffered a stroke in April 1912, but continued minding the light. On August 4, 1912, he was delayed in returning from the lighthouse. His anxious wife had been seen that evening pacing back and forth in the rain at the end of the dock in Chemainus. A few days later, Captain George Robertson, the marine agent in Victoria, opened a letter from Keeper Stevenson: My wife having been found drowned this morning, I have asked Mr. James Chalmers to take care of the lighthouse for me until after we have put her away.

Keeper Stevenson never returned to the lighthouse, and James Chalmers became the permanent keeper. In September 1926, mariners complained that the light on Bare Point had been out for a few nights. A party from Chemainus called at the lighthouse and found Keeper Chalmers dead on the floor. Rather than hire a new keeper, the Department of Marine placed an unwatched AGA acetylene light in the lighthouses lantern room.

In 1940, the dilapidated and vandalized lighthouse was burned, and a steel, skeletal tower, painted white and topped by a red lantern, was placed on Bare Point, reducing the focal plane of the flashing white light from thirty to twenty-six feet. Around 1980, a white, circular tower replaced the skeletal tower, and in 2020, this tower was displaying a flashing green light.

For a larger map of Bare Point Lighthouse, click the lighthouse in the above map.

The modern light is best viewed by boat as the peninsula where Bare Point is found is home to a Shell Canada oil terminal.