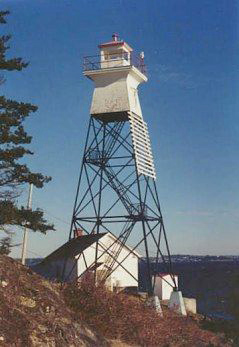 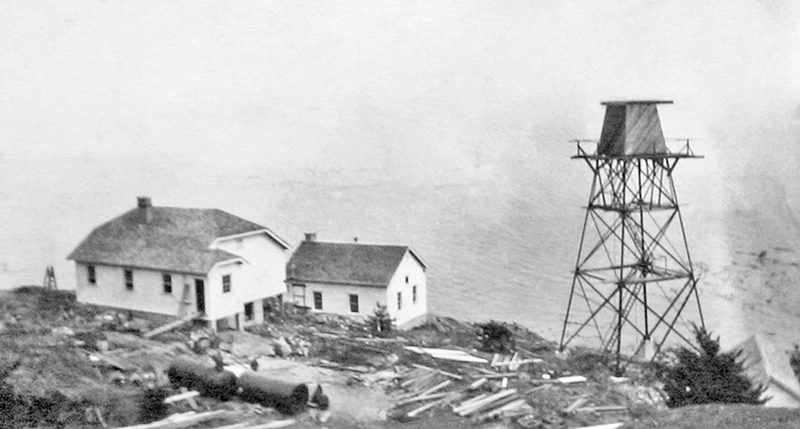 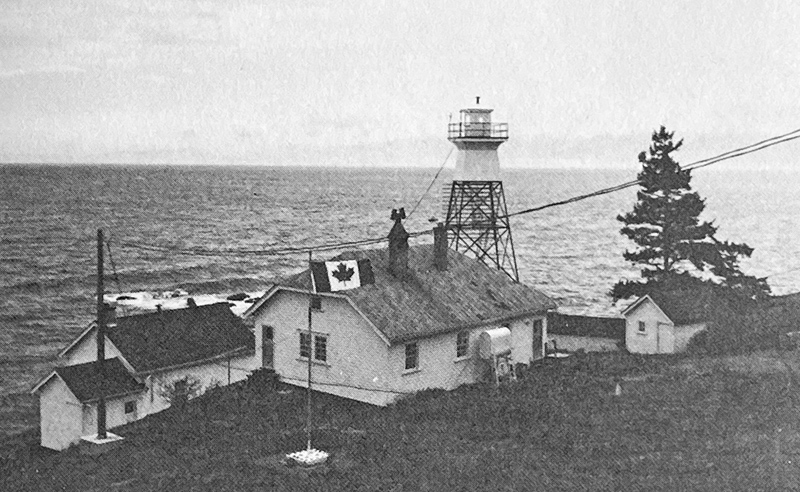 The Empress of Canada, a 627-foot-long passenger liner owned by Canadian Pacific Steamships, departed Southampton England on September 18, 1929 on a voyage that would include a stop at New York and then, after transiting the Panama Canal, additional stops at San Francisco, Victoria, and Vancouver. Immigration laws stipulated that passengers had to be cleared through quarantine stations at the time, so the first stop for the Empress of Canada in British Columbia was to be at the quarantine station at William Head.

Dense fog hung in the Strait of San Juan de Fuca on the morning of October 13, 1929 when the Empress passed Race Rocks Lighthouse. Captain E. Griffiths overshot William Head and ran the liner aground on the rocks of Albert Head, a promontory located midway between Race Rocks and Fisgard Lighthouse that was named for Queen Victorias escort. The SS Otter was dispatched from Victoria to offload the passengers and luggage from the Empress of Canada, and then the tugs Salvage King, Burrard Chief, and Hopkins strained for two days before finally freeing the liner from Albert Head. The crippled vessel limped to Government Graving Dock in Esquimalt Harbour for repairs before returning to service.

The grounding prompted the Department of Marine to construct a large light and fog alarm station on Albert Head. A tall, skeletal tower topped by an enclosed watchroom and lantern room was erected on Albert Head to display a flash of red light every five seconds at a height of eighty-eight feet. Adjacent to the tower were a keepers dwelling and a fog alarm building, which housed a diaphone fog signal that every minute sounded a group of three, two-and-a-half-second blasts that were separated by two-and-a-half seconds of silence.

Edwin W. Parkin transferred from Kains Island (Quatsino) and took charge of the new light and fog alarm on September 3, 1930. Keeper Parkin served at the station until June 1931, when Harrold Shorrock OKell moved over from Trial Island to become keeper at Albert Head. In May 1939, after thirty-three years of service, Keeper OKell wrote to his superior asking that he be allowed to retire. As you know, my wife passed away at the station recently after a very trying illness and naturally after so many years together in the service I feel the loss very keenly. OKell was awarded the Imperial Service Medal for his years of devoted service, and Peter Georgeson transferred from Saturna Island to take over at Albert Head. The station was staffed until 1985.

The skeletal tower appeared in a 1992 Light List, but the edition the following year showed that a white circular tower was being used to display the stations flashing light. The light was discontinued in 1999.

For a larger map of Albert Head Lighthouse, click the lighthouse in the above map.

There appear to still be structures on Albert Head related to its time as a light station. Albert Head is now home to Albert Head Cadet Training Centre so access to the point is likely restricted.