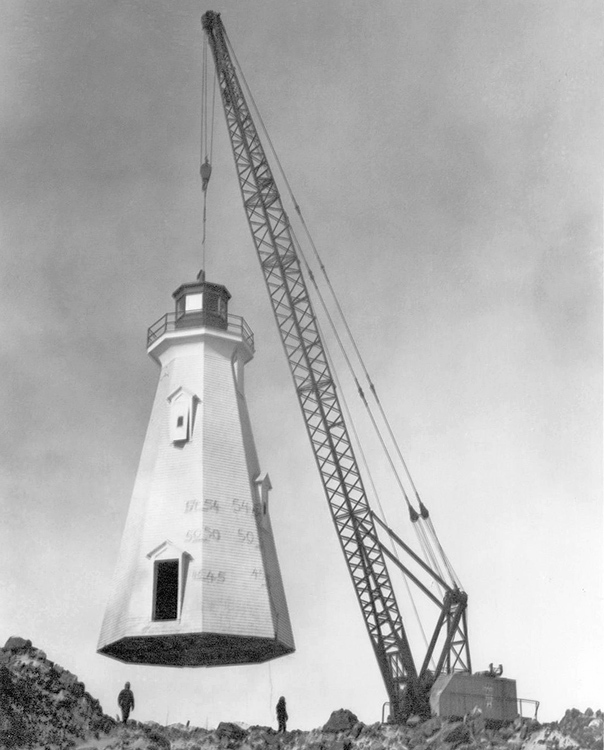 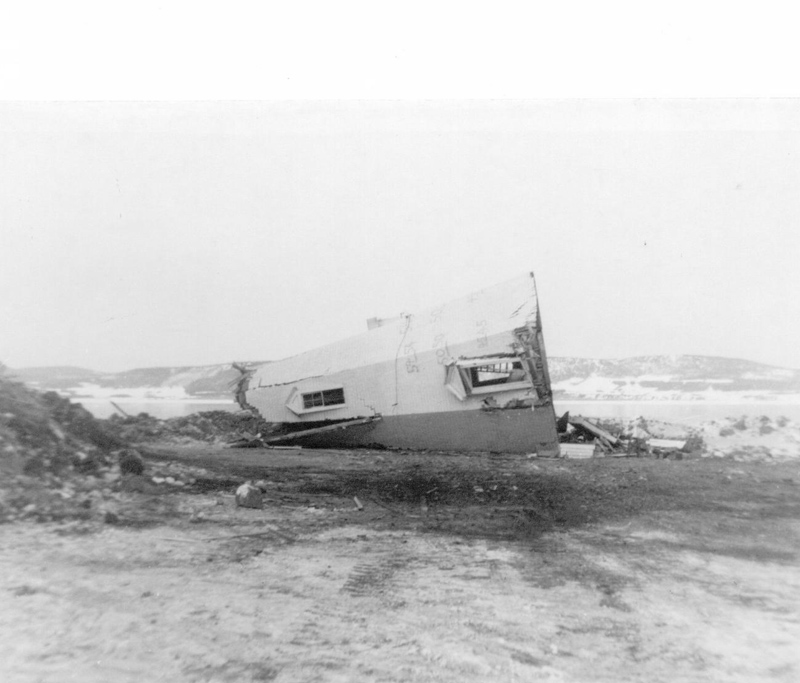 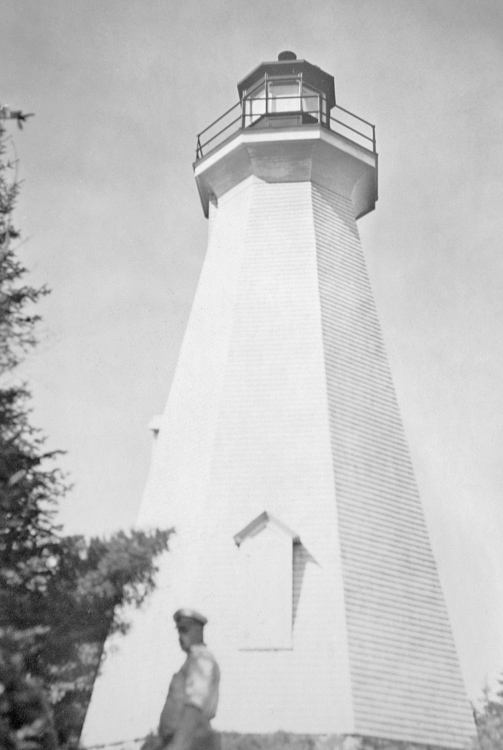 In the 1870s, Dalhousie Harbour, primarily used by vessels taking on loads of timber, was defined on the east by Dalhousie (Douglas) Island and on the west by Montgomery (Rock) Island. Both of these islets were connected to the shore by a sandy spit and between them vessels could anchor in forty feet of water perfectly secure from all winds.

An appropriation of $800 was made in 1879 to construct three sets of range lights (six towers) to guide maritime traffic on the Restigouche River. Two of these towers, which were each twenty-two feet in height, were placed at Dalhousie, two at Campbellton, and two between these others at Oak Point on the Quebec shore. Peter Naduux of Dalhousie was awarded a $762 contract for constructing the six towers.

The outer range light at Dalhousie was placed on the public wharf, while the inner light, elevated twenty-seven feet above high water, was shown from Montgomery Island. Due to the erection of a freight shed on the wharf by railway authorities, it was found necessary in 1884 to remove and add to the height of the beacons at Dalhousie. A lantern was placed atop the freight shed to align with the tower on Montgomery Island.

In 1886, a square wooden tower, painted white, with a height of twenty-two feet was established on Douglas Island, also known as Dalhousie Island. This lighthouse stood twenty-two feet tall, from it base to the top of the roof, and it exhibited a fixed-white catoptric light at a height of thirty feet above high water. Henry H. McNeill, who was the keeper of the range lights at Dalhousie, was also placed in charge of the lighthouse on Douglas Island.

In 1905, a new lighthouse was built on Douglas Island and the islands 1886 lighthouse was discontinued as detailed in the annual report of the Department of Marine for that year:

The light maintained on the eastern end of Douglas or Da1housie island, Dalhousie harbour, Chaleur bay, was permanently discontinued, and was replaced on the opening of navigation, 1905, by a light shown from a new lighthouse erected on the north point of the island, 250 feet N. 27° W. from the old lighthouse, on land 16 feet above high water mark and 80 feet back from the waters edge.

It is an octagonal wooden building, with sloping sides, painted white, surmounted by an octagonal iron lantern painted red. It is 53 feet high from its base to the ventilator on the lantern. The light is a flashing white dioptric light, of the fifth order, giving one bright flash every 7 ½ seconds. It is elevated 63 feet above high water mark, and visible 13 miles from all points of approach by water.

The work was done under contract by Mr. Patrick B. Troy, of Dalhousie, and cost $1,642.

In 1909, Patrick B. Troy also built a seven-metre wooden lighthouse tower on the Government Wharf for $645.02, and the lights atop the freight shed and on Montgomery Island were discontinued. A steel framework was placed beneath the tower on the wharf around 1910 to increase the height of the light.

In 1974, Douglas Island Lighthouse was discontinued to make room for a cargo wharf on the island. The octagonal tower was going to be burned, but Jack Macdonald fought to save the lighthouse, and the town requested that the contractors move the structure to a temporary location. On February 22, 1974, a crane lifted the five-ton lighthouse into the air, and with the tower dangling from its boom, proceeded off the island. As the crane passed over a rough patch of ground, the tower started to sway causing the crane to rock dangerously. The operator quickly lowered the tower, and when he went to pick it up again, one of the cable clamps gave way. The lighthouse plummeted to the rocks below and toppled over, shattering its lantern room and the upper portion of the tower. Even after the fall, the lighthouse could have been salvaged, but as this would have required a great deal of money, the tower was scrapped.

For a larger map of Douglas Island Lighthouse, click the lighthouse in the above map.