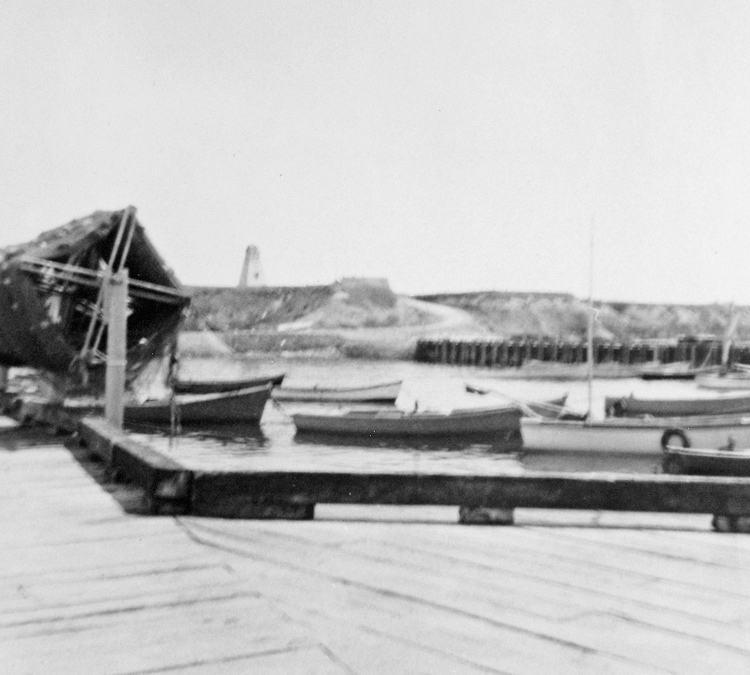 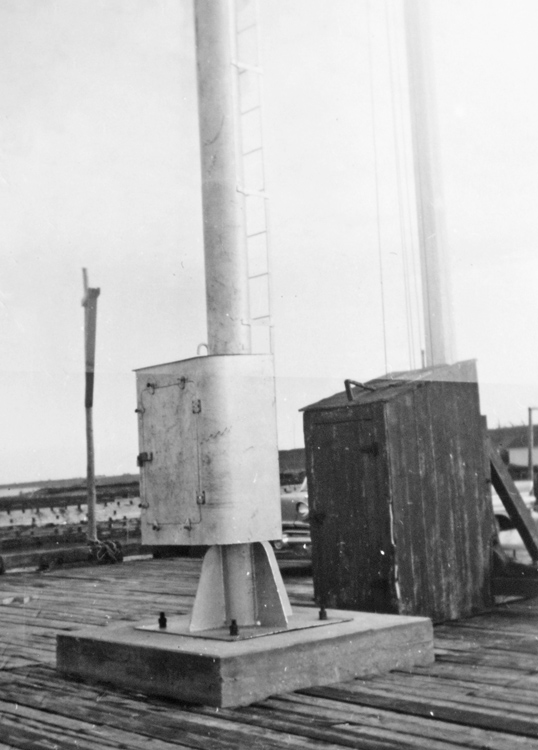 In 1878, the breakwater at Clifton was extended to form an artificial harbour to shelter fishing craft and schooners engaged in exporting grindstones. Richard Peters built a lighthouse at the shore end of the breakwater in 1885 under a contract for $620. This square, wooden tower stood 11.3 metres tall, was surmounted by an iron lantern, and displayed a fixed red light. Besides marking the harbour, the lighthouse also served as a general coast light.

A fourth-order lens was mounted in the tower in 1916, and in 1923 a mast light was erected at the end of the wharf. The main light seems to be discontinued when the mast light on the wharf was established, and the cast-iron lantern was removed from Stonehaven Lighthouse in 1929. A modern skeletal tower, located on the hill overlooking the wharf, was serving the harbour in 2020.

For a larger map of Stonehaven Lighthouse, click the lighthouse in the above map.