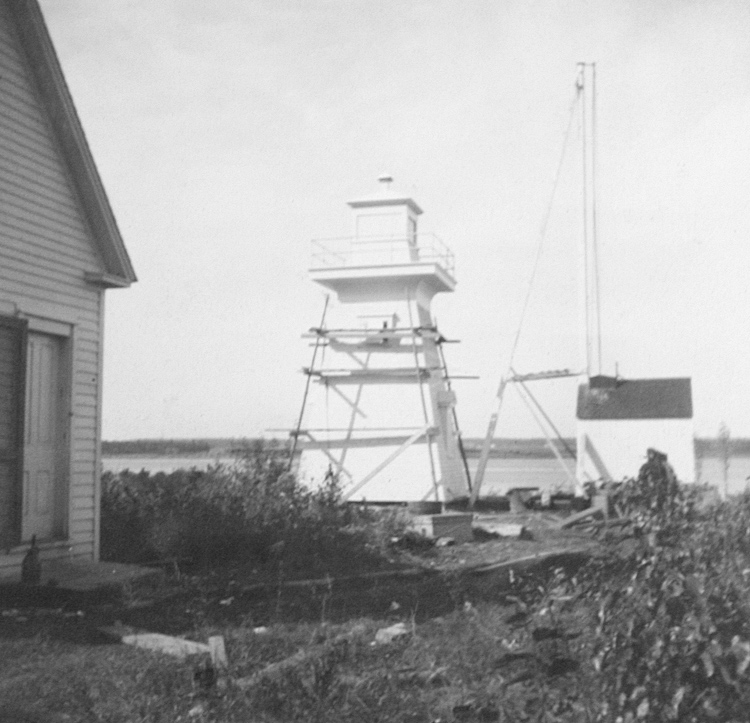 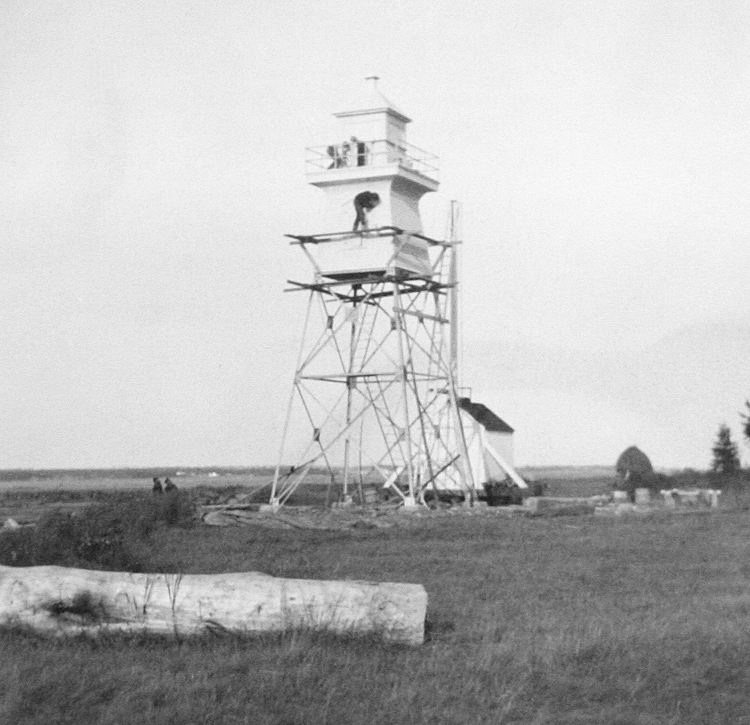 In 1873, a pair of beacon lights, consisting of lamps hoisted atop poles, was built on Sheldrake Island at a cost of $500 to lead mariners to the mouth of the Miramichi River. The front light was situated on the eastern end of the island, while the rear light was 3.6 kilometres away on the other side of the island. The first keeper, a Mr. Cameron, took sick shortly after becoming keeper and was replaced by John McKay, who was forced to sleep in a small shed meant for storing the lamps in the daytime, as no keepers dwelling had been provided. Keeper McKay was described as an excellent and efficient officer who was always at his post. He was given a boat in 1877, but it is not clear when a keepers dwelling was built, though one eventually was.

A heavy gale in October 1879 broke up the front beacon and caused the rear one to lean, but arrangements were soon made to have the damage repaired before the opening of the next navigation season.

Following the death of Keeper McKay, Duncan Morrison was appointed keeper of the beacon lights on Sheldrake Island on February 25, 1880 at an annual salary of $300.

In 1911, a 10.4-metre-tall square, wooden tower, surmounted by a square wooden lantern, was built to house the front light, and a 15.2-metre steel, skeleton tower, topped by a wooden lantern, was erected for the rear light. John J. Fitzgerald of Newcastle built these towers for $1,450. Sheldrake Range was decommissioned in 1952.

For a larger map of Sheldrake Island Lighthouse, click the lighthouse in the above map.