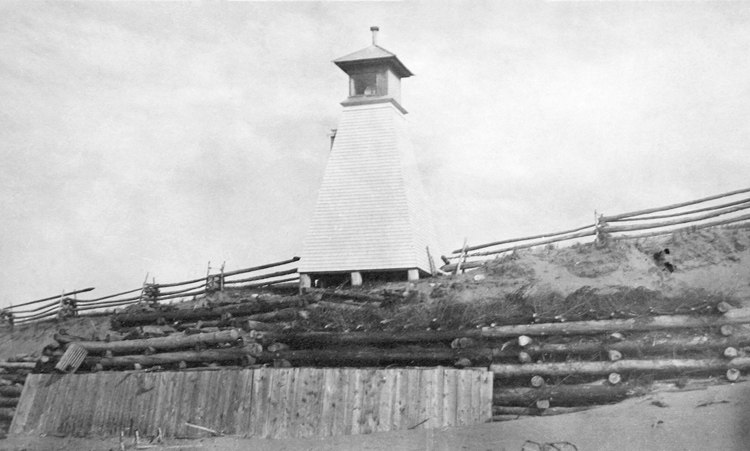 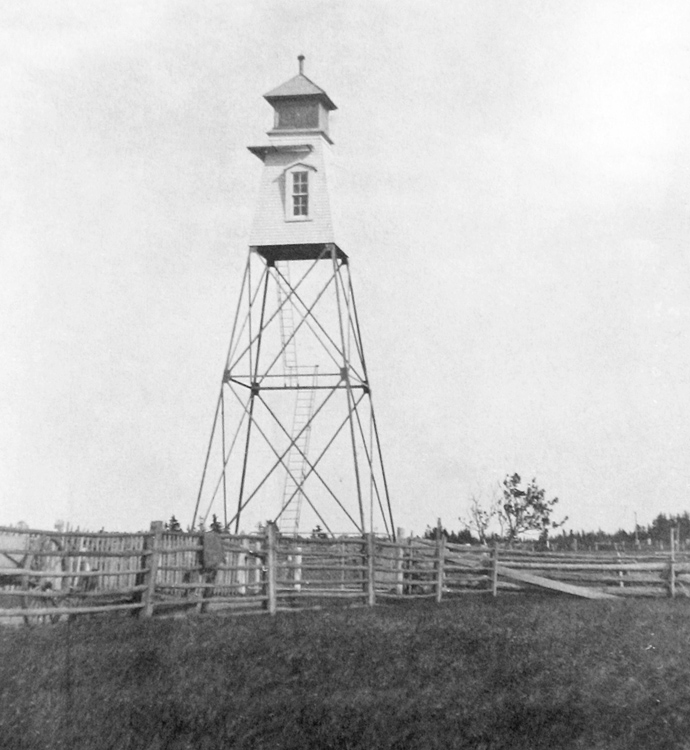 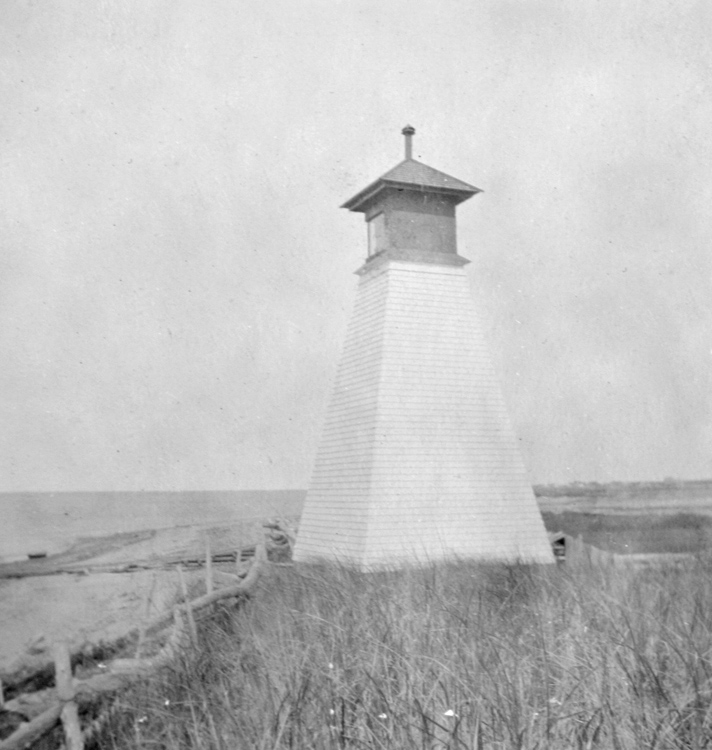 Ranges lights were established on the southern side of Miramichi Bay, roughly eight kilometres west of Point Escuminac, on September 30, 1869. The front light was displayed from a mast, while the rear light was exhibited from the east wide of a white barn. A black band painted on the barns roof, when aligned with the front structure, provided a daymark for crossing the bar. Two mammoth flat-wick lamps were used in each of the lanterns to display fixed white lights.

Thomas Lewis was hired as the first keeper of the range lights at an annual salary of $100. He served until 1889, and then Stanislaus Preston assume responsibility for the lights and looked after them for over thirty years.

The front range light burned on June 6, 1894, but was soon repaired. That same year, a new house was built. In 1898, the front light was placed atop a new square, pyramidal tower that stood twenty-nine feet tall, and a skeleton steel tower with an enclosed upper portion was constructed for the rear light. The rear tower was fifty-nine feet tall, and its lantern room and ironwork were painted red, while the enclosed upper portion was painted white. In 1914, both lights were improved by substituting a catoptric illuminating apparatus for a lens. This new reflector threw a beam of light of 3,000 candle-power along the line of range.

The 1914 rear tower served through at least 1966. Modern skeleton towers served as Preston Beach Range until the range was discontinued in 2015. .

For a larger map of Preston Beach Lighthouse, click the lighthouse in the above map.