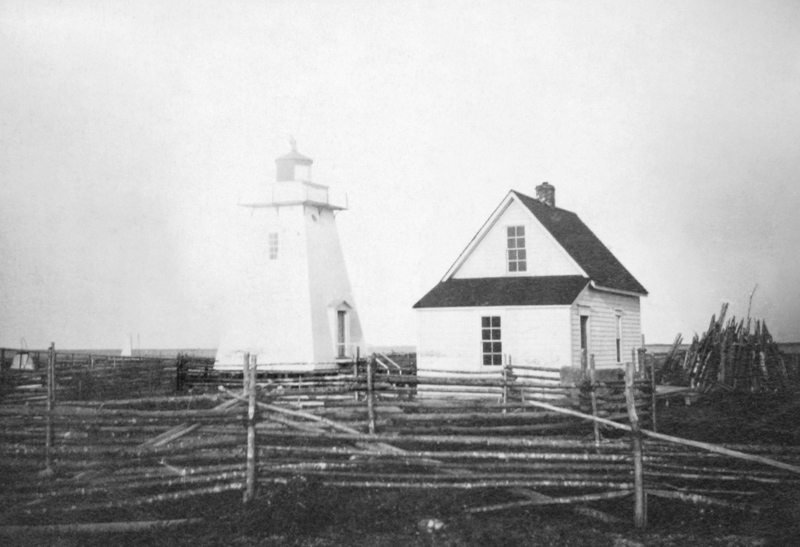 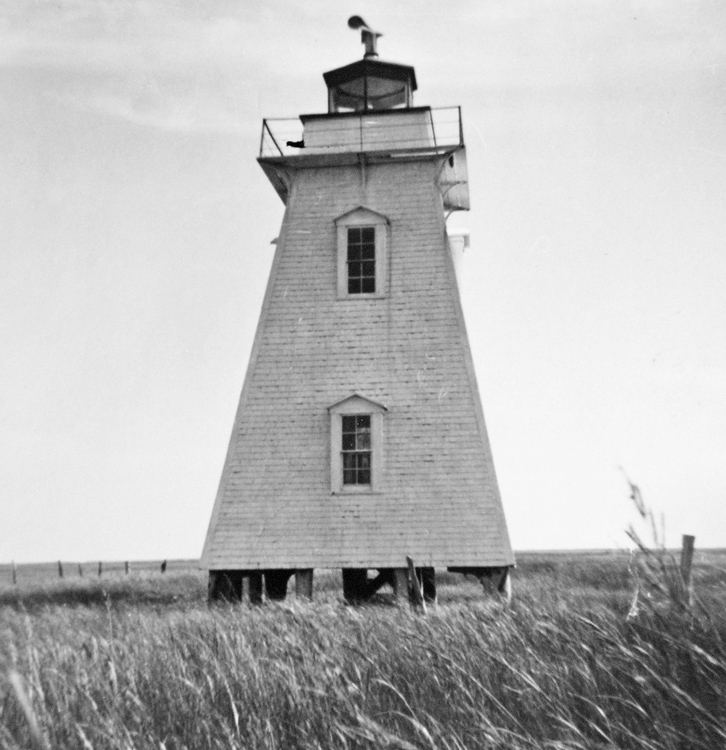 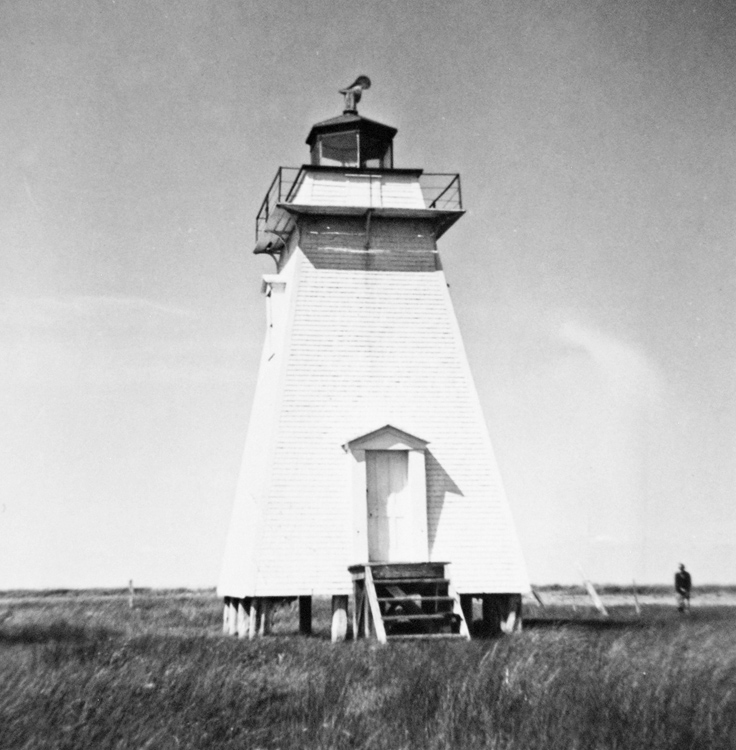 Under a contract for $1,399, George Young constructed a square, wooden tower to mark the northeast corner of Pokesudie Island. The lighthouse stood 10.4 metres tall and was first lit on August 1, 1881 by Octave Hachey, who received an annual salary of $150.

A dwelling was built for the keeper in 1883, and in 1893, a seventh-order Chance lens replaced the towers original lamps and reflectors. A fifth-order lens was installed in the lantern room in 1910. The original tower was discontinued around 1980. A square skeleton tower with a light marked the point until being deactivated in October 2017. .

For a larger map of Pokesudie Lighthouse, click the lighthouse in the above map.