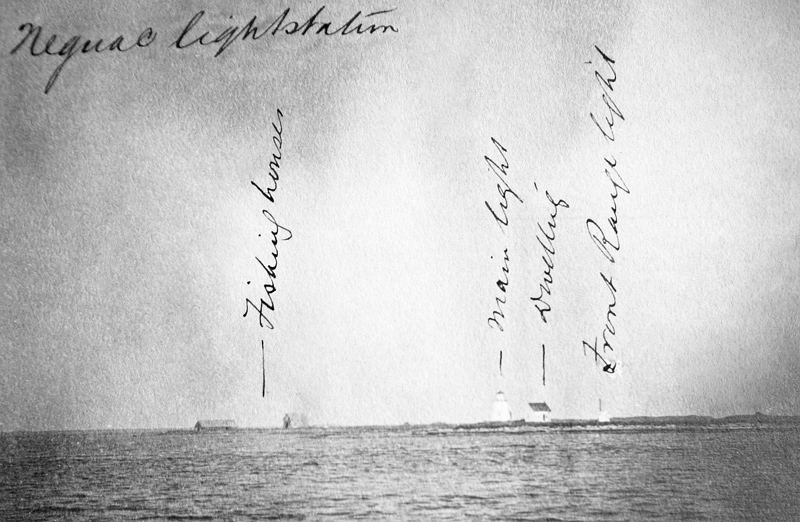 A string of barrier islands runs along the entrance to Inner Miramichi Bay, separated by a few narrow channels or gullies through which vessels may pass. In 1873, Neguac Gully Lighthouse was established on the southern end of the northernmost of these sandy islets to guide vessels through Neguac Gully.

The square, wooden tower commenced operation on August 20, 1873, with Farnham Letson as its keeper. Four flat-wick lamps set in fifteen-inch reflectors were employed in the lantern room to produce a fixed white light. In 1875, a pole light was established seaward of the lighthouse so mariners could align the two lights to safely enter the gully. According to an 1875 report on the station, fishermen spoke highly of the lights as they could now enter the passage at any time. Keeper Letson died in 1875, and William Morrison was hired as keeper of the lights at an annual salary of $150.

A dwelling house was added to the station in 1884. In 1929, an unwatched acetylene light exhibited from a red lantern atop a pole replaced the wooden tower.

For a larger map of Neguac Gully Lighthouse, click the lighthouse in the above map.