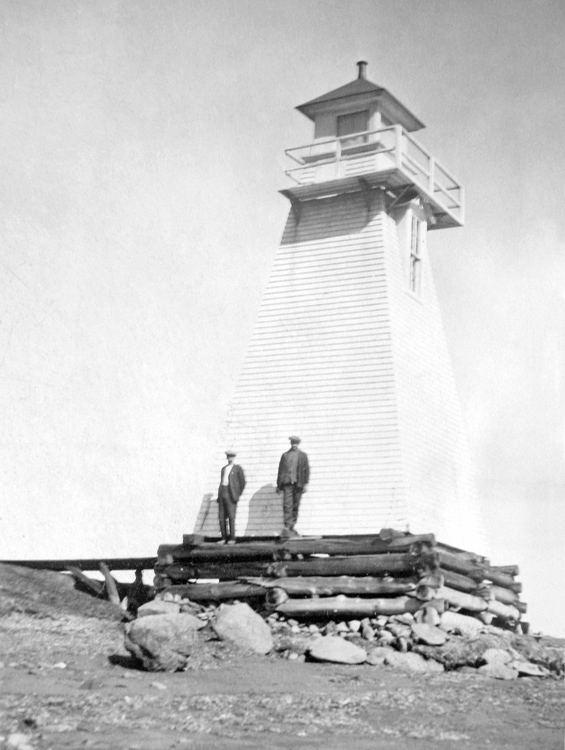 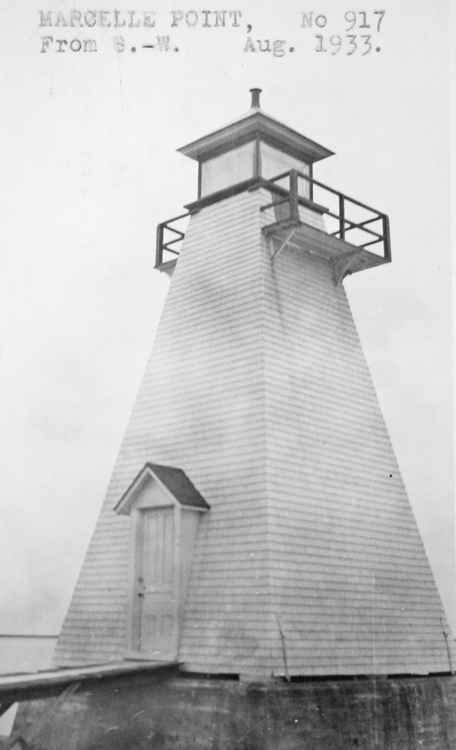 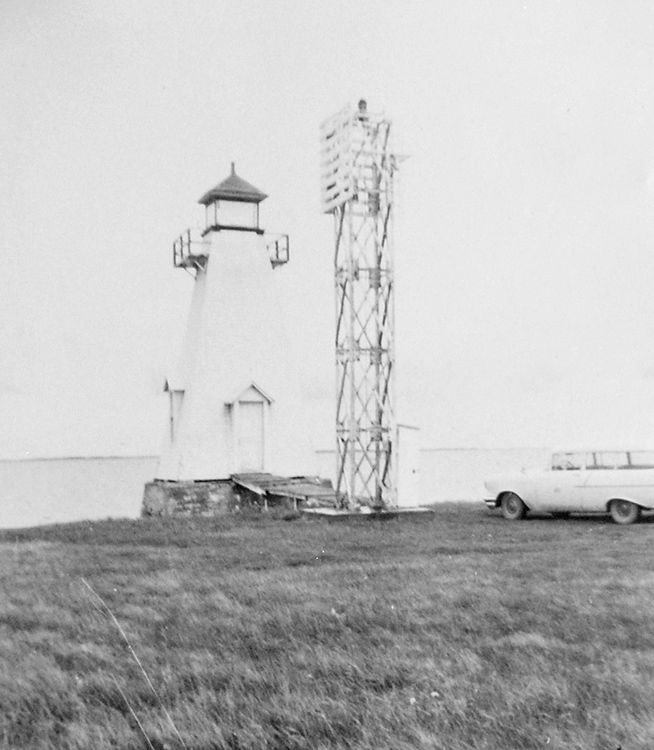 F.T.B. Young began construction of a square, wooden lighthouse in 1916 to mark the southeast tip of Pokesudie Island, known as Marcelle Point, but the 8.5-metre-tall tower was not completed until 1917. Young worked under a $450 contract, while the necessary land was expropriated for $83.

The lighthouse originally stood atop a cribwork foundation, 1.8 metres high, and in 1920 anchor bolts were put in place from the towers corner posts to the wooden crib. In later years, the towers foundation was a concrete base, located at the waters edge, and the lighthouse was accessed by an elevated wooden walkway. The tower was demolished in 1958 and replaced by a square skeletal tower with two white slatted daymarks. No light exists at this location today, but Pointe à Marcelle Range is nearby.

For a larger map of Marcelle Point Lighthouse, click the lighthouse in the above map.

No light exists at this exact location today, but Pointe à Marcelle Range is nearby.