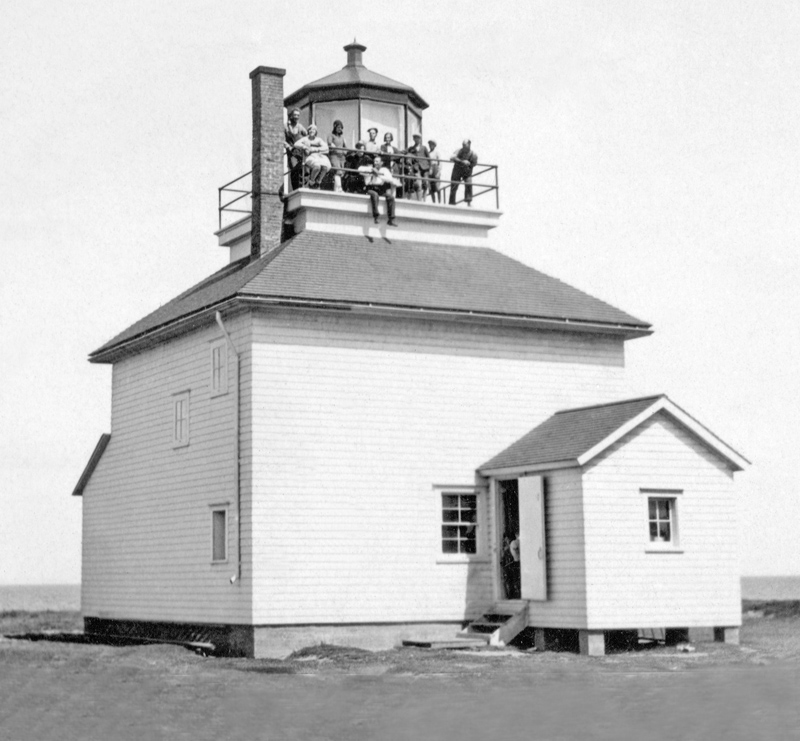 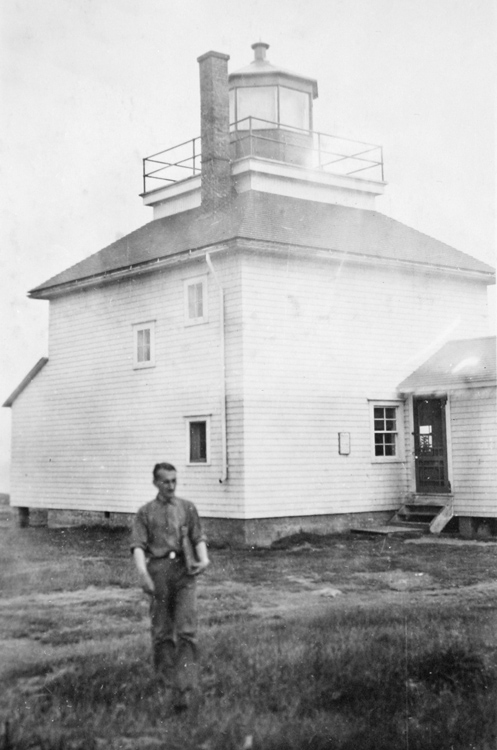 In 1915, S. Gammon built a combination dwelling and lighthouse on Pointe de Maisonnette under a contract for $2,700. This rather unique structure, at least for lighthouses in New Brunswick, consisted of a square, two-storey residence, painted white, with a red, octagonal lantern centered on its hipped roof.

During World War II, Canadian military intelligence intercepted communications that exposed an elaborate German plan to liberate U-boat sailors from an Ontario prison camp. The prisoners were to tunnel their way out, cross Quebec, and rendezvous with a rescue party from U-536 at Pointe de Maisonnette. Only one escapee made it beyond the outskirts of the prison, and he managed to reach the pick-up point only to be arrested and taken to Maisonnette Lighthouse. Despite the presence of several Canadian warships, U-536 made it safely out of Chaleur Bay.

Maisonnette Lighthouse was struck by lightning on August 9, 1946 and burned to the ground. A replacement light was soon established, and a square, skeletal tower marks the spot today.

For a larger map of Maisonnette Lighthouse, click the lighthouse in the above map.