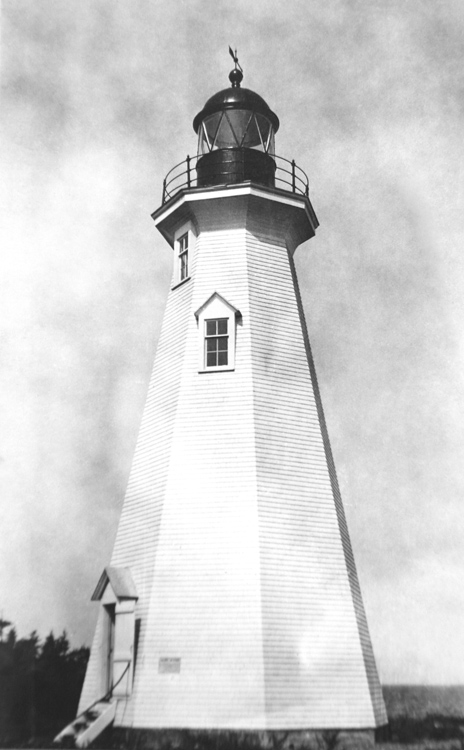 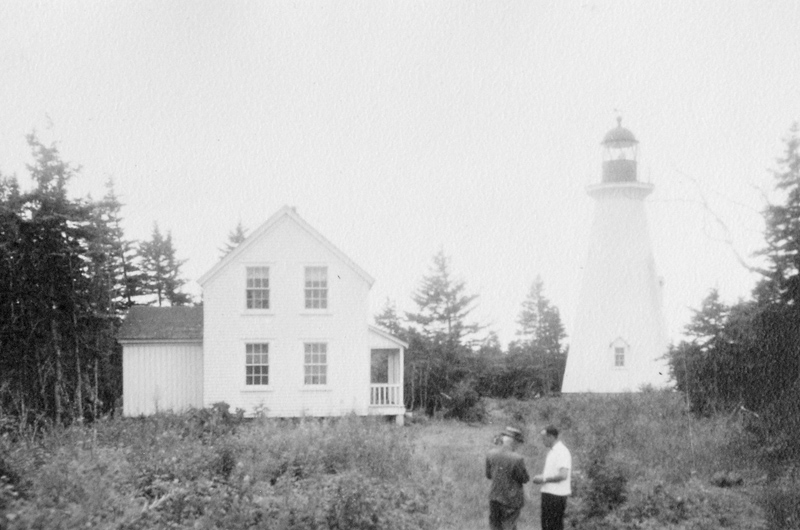 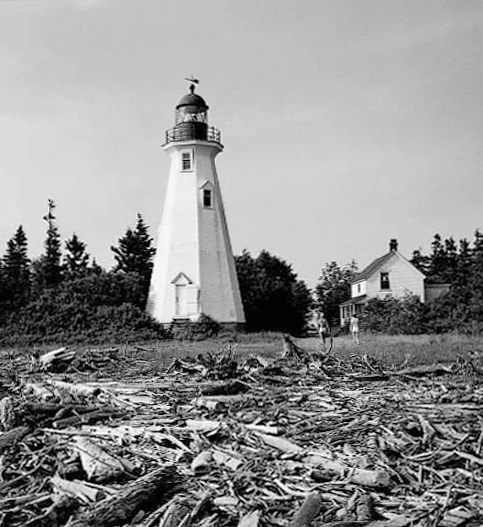 Francois Guitard was the first settler to arrive in what is now Belledune on the Bay of Chaleur. Guitard fought under Napoleon in Italy and Egypt before he headed off to the New World in 1799. Other settlers arrived in the area following the Great Miramichi Fire of 1825, and it was around this time the name Belledune was attached to the region due to its pretty sand dunes.

During the early history of Belledune, its residents relied on farming, fishing, and lumbering. Another industry arrived in 1963 when Brunswick Mining and Smelting Corporation began work on a $30 million lead and zinc smelter, fed partially by mines established west of Bathurst in the 1950s. The plant commenced operations in 1966, and two years later an adjacent port was completed for the import and export of ore concentrates.

In 1972, the Canadian Coast Guard established an automated navigational aid on Belledune Point, located just east of the new port, to help vessels calling at the plant. Square, pyramidal Belledune Point Lighthouse stood thirty-five feet tall and was situated on the point until 2002, when Charles Stewart acquired the tower and cut it up into three pieces, which he moved to Seaside. In place of the wooden tower that needed regular maintenance, the Coast Guard erected a square skeleton tower on Belledune Point to serve the port.

Stewart had planned to reassemble the tower on his bayside property in 2003 and eventually provide public access, but as of 2009, the individual pieces were still awaiting restoration.

Long before Belledune Point Lighthouse was constructed, a similarly named light went into operation on Little Belledune Point, located 3.3 miles to the west. The original Little Belledune Lighthouse, first exhibited on June 10, 1884, consisted simply of a dioptric light hoisted up a twenty-eight-foot-tall mast, which had a white shed at its base. George Ingram was paid $95 for erecting the beacon, and William Roherty was hired as its first keeper.

As erosion was threatening the mast, it was moved eighty-five feet south in 1899. At the same time, the height of the mast was increased to thirty-nine feet, and the lighting apparatus was changed to a seventh-order anchor light. In its new location, the light had a focal plane of fifty-two feet above high water and was visible for thirteen miles.

In 1907, an octagonal, wooden tower, surmounted by an iron lantern and measuring fifty-eight feet, six inches from its base to the apex of its lantern, was constructed on the point by Samuel Gammon of Bathurst at a contract price of $1,100. A wooden, two-storey keeper's dwelling, apparently part of the same contract, was completed the following year.

A fourth-order revolving light, formerly used at a lighthouse on Georgian Bay, was overhauled at the lighthouse depot at Prescott, Ontario and installed in Little Belledune Lighthouse. This lens produced a fixed white light, interrupted by a brilliant flash every thirty seconds.

Before being decommissioned in 1971, Little Belledune Lighthouse was in operation for eighty-eight years and was kept exclusively by members of the Roherty family. For this reason, the lighthouse and point are known locally as Roherty Lighthouse and Roherty Point.

After William Roherty, the first keeper of the lighthouse, drowned in a fishing accident in 1895, his sister Ann took charge of the light. Ann was assisted by her nephew James, who became the official keeper in 1905. After World War II, James was succeeded by his son James Alton, who had served in the military during the conflict. Besides caring for the light, James Alton raised a family of six children with his wife Mildred and served as the first mayor of Belledune.

Belledune resident Clara Flanagan wrote the following poem entitled Rohertys Light House, which is included in one of her books of poetry: Eastern Breezes: Volume 1: Treasures of the Heart.

The Roherty family were faithful
And tended the light with care
Days of the week, months of the year
Someone was always there

The quiet reflection has faded away
Leaving a memory bright
Of the lamp that never faltered
No matter how stormy the night.

Amid some controversy, it was decided in 1976 that Roherty Lighthouse would be relocated and used as a tourist information office, but the day before the scheduled move, it was destroyed in a suspicious fire. A year before, the keeper's dwelling associated with the lighthouse had met a similar fate. Now, with the relocation of Belledune Point Lighthouse, Belledune is bereft of both of its lighthouses.

For a larger map of Little Belledune Point Lighthouse, click the lighthouse in the above map.