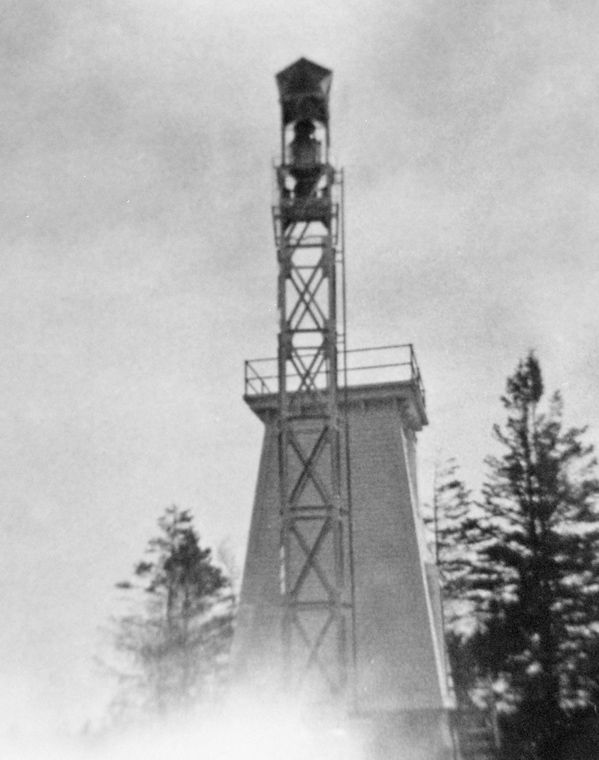 In the early 1800s, Heron Island was divided into twelve parcels that became home to families who made a living by fishing and keeping small farms. In 1874, a square, wooden tower, measuring 6.1 metres tall, was built on the islands north shore to guide vessels to and from Dalhousie on Chaleur Bay.

Keeper John Dutch, who was given an annual salary of $200, lit the towers three flat-wick lamps for the first time on April 1, 1875. During an inspection that year, it was noted that the building was not in order, the keeper knowing nothing about trimming lamps, or any other duty connected with the light, having never received any instruction from any person capable of showing him his duty. The inspector thought Dutch was very anxious to learn his duty, and will probably succeed, and this proved to be true, as two years later, the inspector reported, Mr. Dutch, is a very good officer, and understands his duty. Keeper Dutch served until 1902.

An octagonal lantern and a fifth-order French lens were placed atop the tower in 1908, and the following year, a wooden shelter shed was built near the lighthouse. In 1912, a boathouse and slip were built near the station at a cost of $348.

In 1921, Stella LaPointe noticed an advertisement for a lighthouse keeper and postmaster on Heron Island. She urged her husband, George, to apply, and he begrudgingly agreed, but only if Stella would submit the application. George got the job and moved his wife and daughter into a small dwelling near the lighthouse. A veteran of World War I, George faithfully kept the light while raising eleven children on the island. The dwelling at the lighthouse was soon too small, so George built a house near the wharf on the opposite side of the island. After World War II broke out, Keeper LaPointe felt compelled to resign and once again defend his country.

A metal tower replaced the original lighthouse in 1950, and a modern beacon marked the island until 2011, when the light was discontinued.

For a larger map of Heron Island Lighthouse, click the lighthouse in the above map.