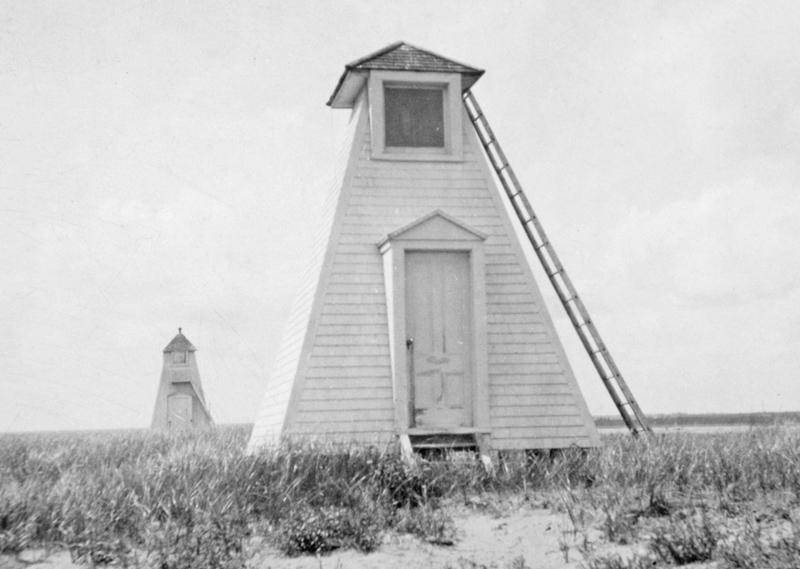 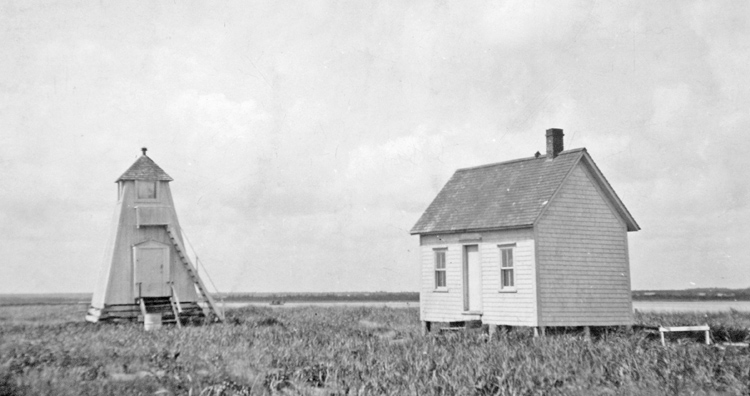 In 1881, George Ingram erected range lights on Hay Island in Miramichi Bay to help vessels clear the point of a shoal off the east end of the island. The front light was a lantern hoisted atop a mast, while the rear light, located sixty-four metres from the front, was shown from a square, pyramidal tower with a height of 6.4 metres. Joseph Allain replaced Joseph McKnight, the first keeper of the lights, in 1895 and built a new dwelling at the station the following year. The dwelling measured twenty feet by fourteen feet and cost $100.49. Keeper Allain looked after the lights until at least 1930.

After a storm carried away the steps at the front of the lighthouse in 1898, Keeper Allain built new ones for $3.50. A new window was placed in the southwest side of the lantern room that year, and a small pressed glass lens replaced the former catoptric illuminating apparatus.

In 1905, an enclosed pyramidal tower took the place of the pole light that served as the front range light. In 1911, a sixth-order lens replaced the pressed lens formerly used in the back light. In 1929, a new front light, in the form of a headlight lantern shown from a pole was placed on the island, and the back light was moved to a new position 220 feet, 261°. The lights were discontinued in 1934.

For a larger map of Hay Island Lighthouse, click the lighthouse in the above map.