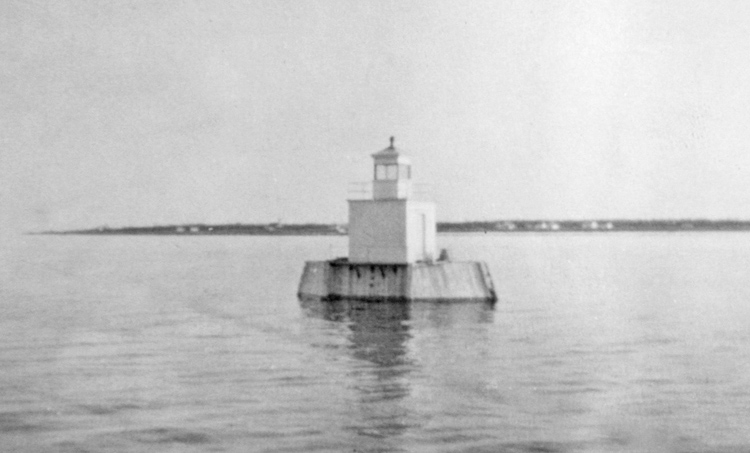 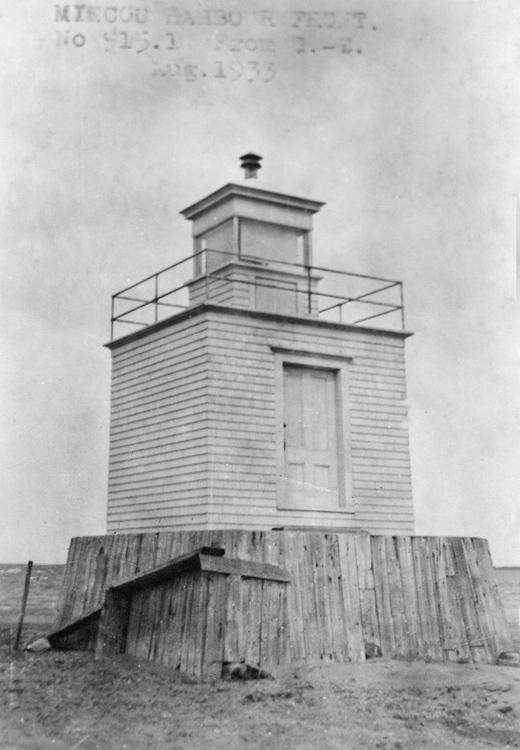 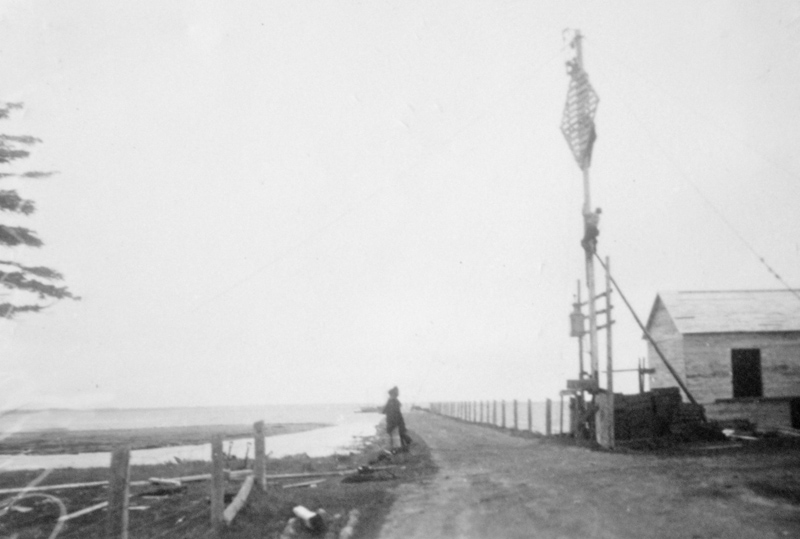 George Ingram erected a beacon light on Harper Point in 1887 to mark the western entrance to Miscou Harbour from Chaleur Bay. This navigational aid consisted of a small lantern hoisted up a mast. In 1900, a mast that was ten feet taller was put in place, and a seventh-order lens was substituted for the original pressed glass lens. The light remained fixed white after this change, but it was now elevated forty-eight feet above the high-water mark.

A square, wooden tower with vertical sides commenced operation at Harper Point in 1911. Topped by a square lantern room, the tower sat atop a cribwork block with pointed ends. In 1922, the tower was placed on a concrete foundation at a new site close to Pecton Point, where it served as the front light of the new Miscou Harbour Range. The rear light of this range was a headlight lantern shown from a pole. A skeletal tower replaced the wooden front tower in 1965.

For a larger map of Harper Point Lighthouse, click the lighthouse in the above map.