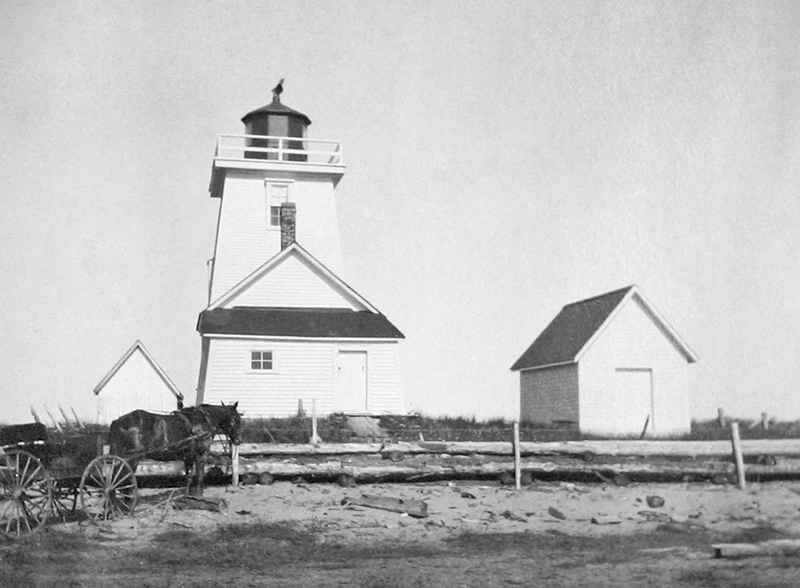 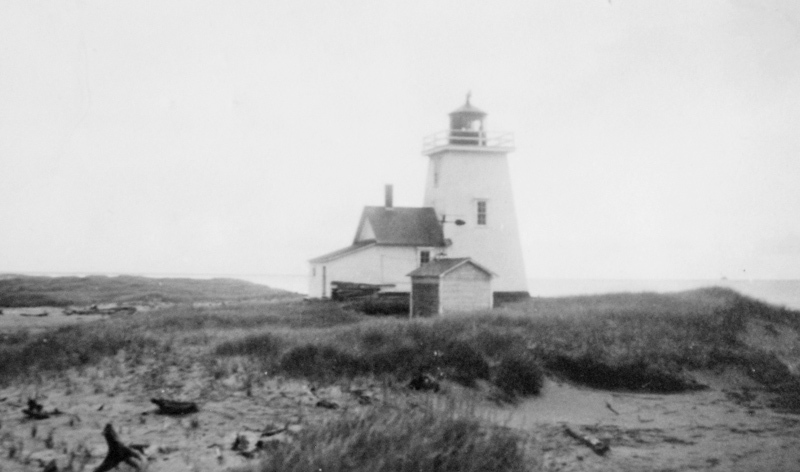 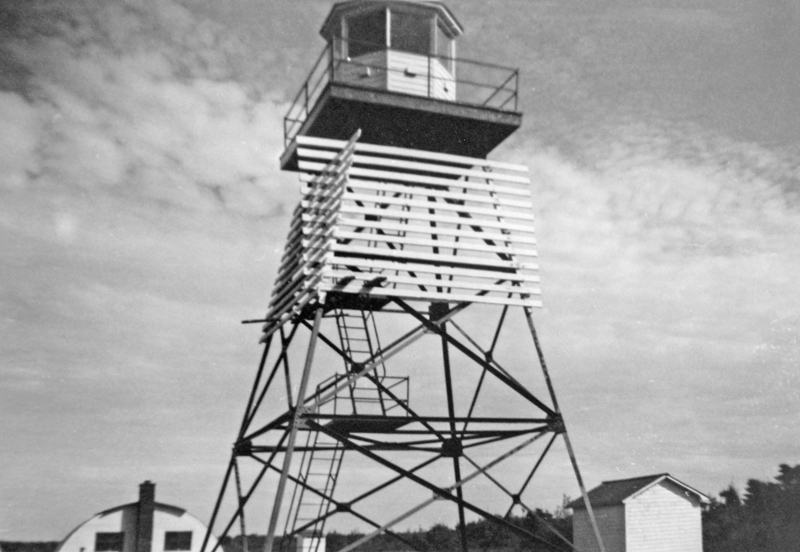 A square, pyramidal tower with an attached dwelling was built near Goose Lake on the southwest coast of Miscou Island in 1874 and placed in operation the following April by Keeper Dositee J.B. Robichaux. The iron lantern atop the 8.5-metre tower housed a lighting apparatus with a circular-wick lamp and seventeen-inch reflector on each of its two faces and revolved to produce a white flash every sixty seconds that helped mark the entrance to Chaleur Bay. The cost of the lighthouse, including the illuminating apparatus use $3,742.43, and Keeper Robichaux received an annual salary of $200.

Drifting sand and an eroding shore were constant problems at the station. A storm in November 1897 washed away the beach near the tower necessitating the relocation of the oil house and the construction of a sea wall. A more extensive breakwater was built on the sea side of the lighthouse in 1906.

In 1915, a fourth-order lens was mounted in the lantern room to produce a distinctive characteristic of ten seconds of light followed by a five-second eclipse. A pole light replaced the lighthouse in 1948 followed by a red skeletal tower, surmounted by a white wooden lantern, which served until 1967. .

For a larger map of Goose Lake Lighthouse, click the lighthouse in the above map.