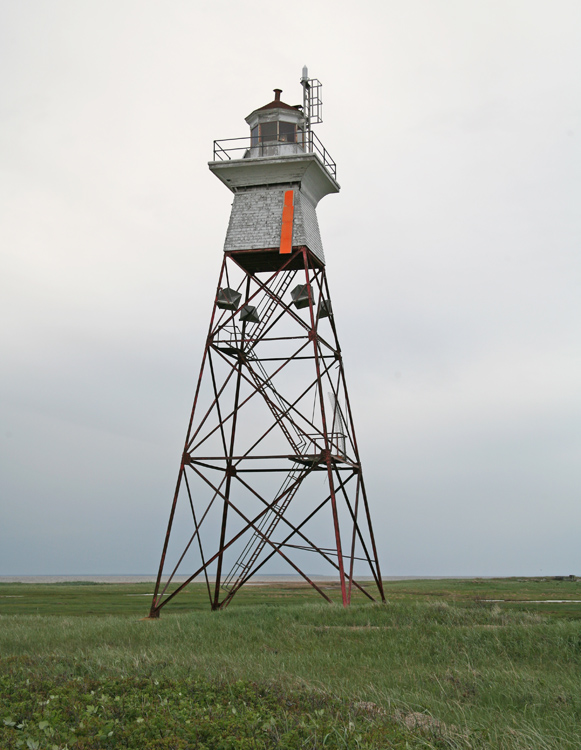 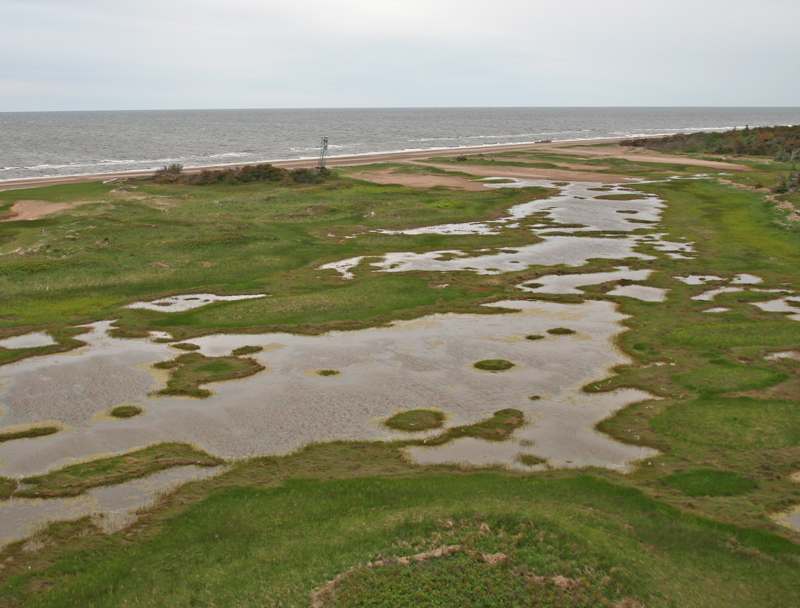 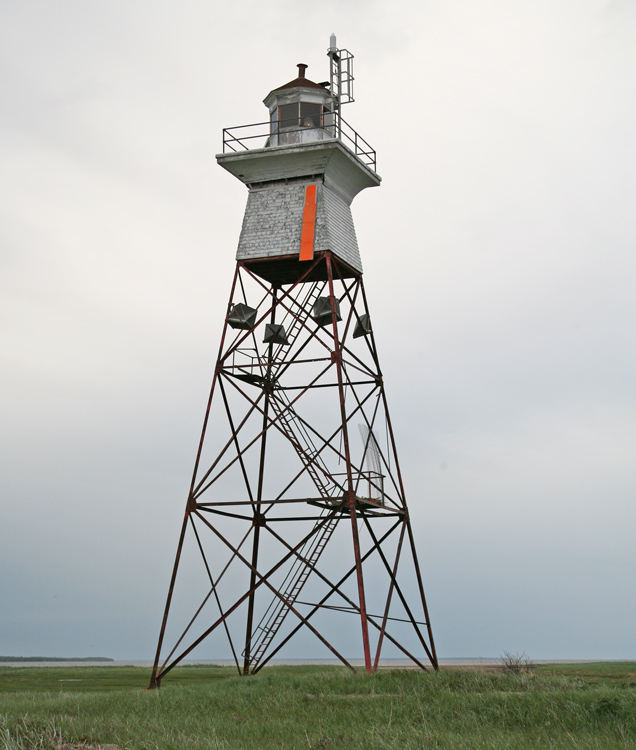 A string of islands runs across the mouth of Miramichi Bay. Fox Island, which is just over eight kilometres long but only about 500 metres wide, is the southernmost of these islands and lies just south of Portage Island. Two separate light stations once stood on Fox Island. In 1862, a pair of beacon lights was established near the northwest tip of Fox Island along with a keepers dwelling. A second set of lights was placed on the southeast end of the island in 1872. To distinguish between them, the original lights were called Upper Fox Island, and the newer lights Lower Fox Island or Swashway, as they could be used to enter the Swashway Channel.

In 1869, the original set of range lights on Fox Island was found to be in danger as the bank on which they stood had washed away to a considerable extent. The beacons were consequently taken down and re-erected at some distance from the water. In 1875, the keepers dwelling at the Lower Fox Island Station burned. All the light supplies were saved, but the cooking stove was a total loss.

In 1881, a third light was added to Upper Fox Island, and mariners were instructed that lights Nos.1 and 2 in line led to Horseshoe Channel, lights Nos. 1 and 3 in line lead through Portage Island Channel, and lights Nos. 2 and 3 in line led to a buoy on Horseshoe Shoal. All five lights on Fox Island were originally lamps exhibited from masts, but in 1891 two square, skeletal, wooden towers with horizontal slatwork on their seaward face replaced the lights at Lower Fox Island. A locomotive reflector lantern, hoisted to the top of the towers between the posts, was used to produce a fixed white light in these towers. The front tower stood forty-six feet tall, while the back tower was seventy-one feet tall.

In 1918, a wooden, square, pyramidal tower topped by a square lantern replaced one of the skeletal towers on Lower Fox Island. A skeletal, steel tower, surmounted by an enclosed watchroom and an octagonal wooden lantern and with a square wooden lantern displaying a second light midway up the tower, started to serve as Upper Fox Island Light No. 3 that same year.

A new keepers dwelling was built at Upper Fox Island in 1959, and in 1964, corrugated steel towers painted with red and white bands replaced two of the lights used at the station. This photograph shows new and old front lights in 1964 and this photograph shows new and old rear lights. The tall skeletal tower with enclosed lantern room erected in 1918 was still used in conjunction with both of these 1964 towers.

For a larger map of Upper Fox Island (Portage Island Channel) Lighthouse, click the lighthouse in the above map.