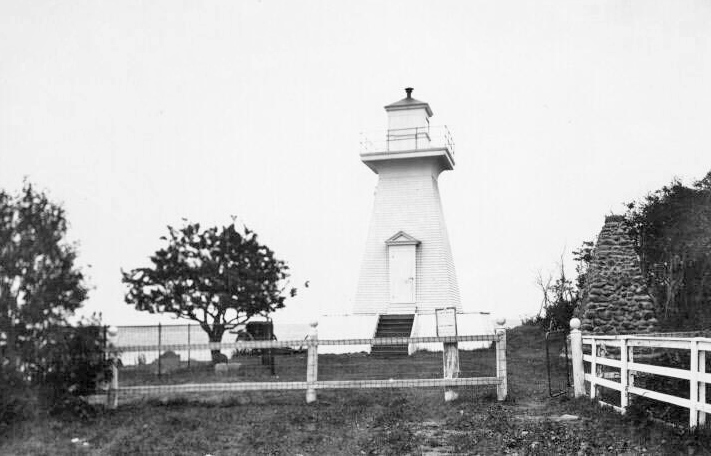 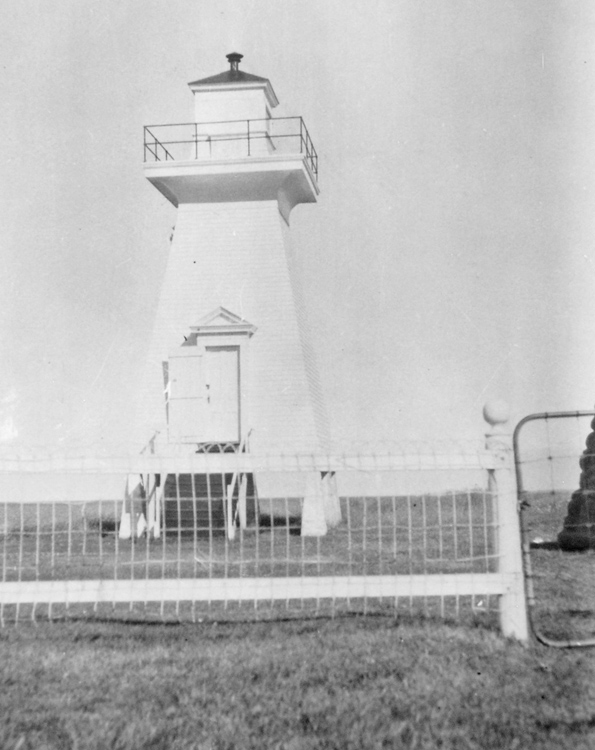 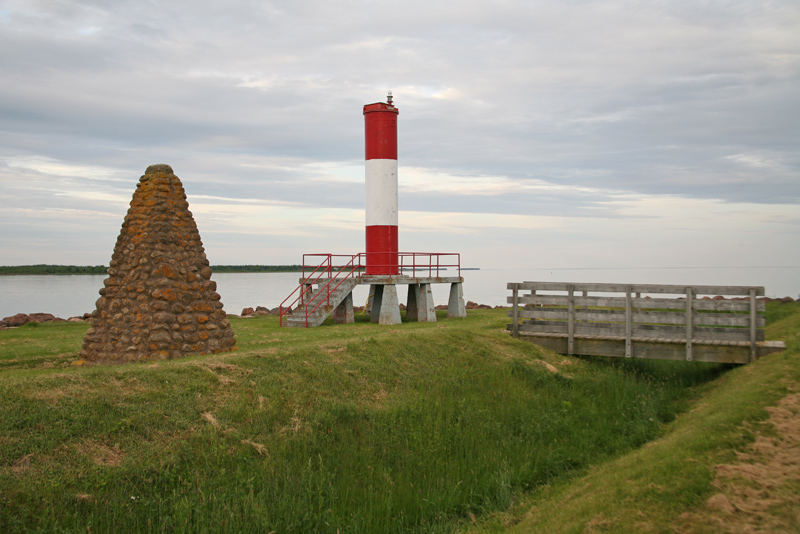 Fort Gaspareaux was built by French troops in 1751 to prevent the English from penetrating the Chignecto peninsula. In 1755, the fort fell to General Moncktons army and was renamed to honor the general. Rather than defend the outpost, the English burned it the following year.

In 1908, a lighthouse was built atop a square, cribwork foundation on the south side of the entrance to Gaspareaux River where the fort formerly stood. The wooden tower was square in plan, with sloping sides, and was surmounted by a square, wooden lantern room. From its base to the ventilator atop the lantern room, the tower measure thirty-three feet tall. Day labour built the lighthouse at a cost of $1,191.52.

The National Historic Sites and Monuments Board erected a stone cairn near the lighthouse in the 1930s to commemorate the fort.

The top of the lighthouse caught fire one night in the late 1950s. Firefighters quickly doused the flames, but hours later the fire flared up again and consumed the tower. A cylindrical tower commenced operation in 1972. The light atop the this tower was deactivated in December 2014, and the tower was demolished in January 2016.

For a larger map of Fort Monckton Lighthouse, click the lighthouse in the above map.


The plaque on the cairn reads: "Built by French troops in 1751 to prevent the English from penetrating the Chignecto Isthmus, Fort Gaspareaux served particularly as a provisioning base for the forts of Acadia. When on the 17th of June, 1755, Fort Beausejour capitulated to General Monckton's army, M. de Villeray, having only 19 soldiers at Gaspareaux was also forced to surrender. Colonel John Winslow took possession of the fort in Monckton's name. Its poor condition, together with its general strategic unimportance, led the English to burn it in September, 1756."