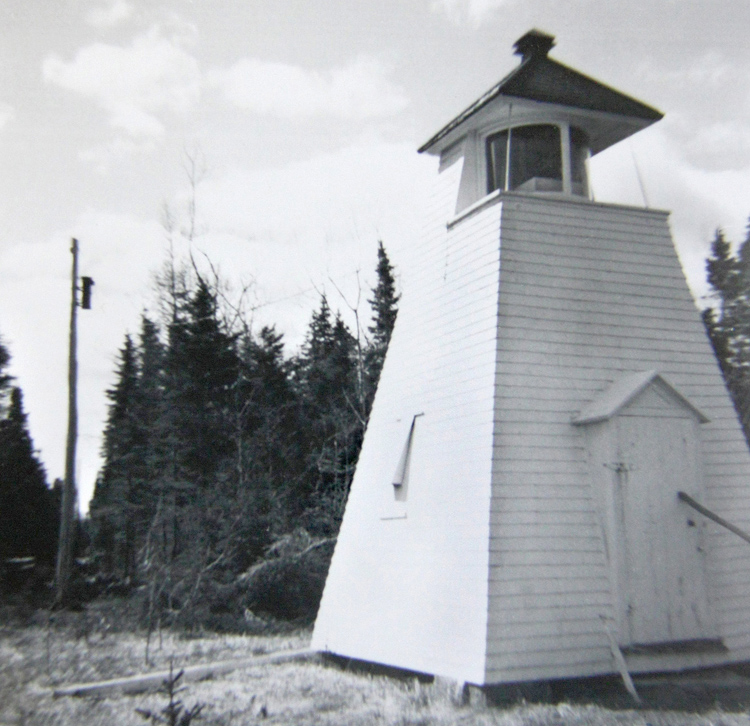 In 1890, a square, wooden tower, measuring 6.7 metres tall, was constructed on Belloni Point, just east of Bathurst, to exhibit a fixed white light to indicate the outer limit of the shoal extending from the harbour. A small lens was used to produce the light, which had a height of thirty feet above the high-water mark and was visible up to ten miles.

Robert Buttimer was hired as the first keeper at an annual salary of $100. Edward Egan took over as keeper in 1892 and served until at least 1923.

The tower last appeared on the List of Lights in 1972.

For a larger map of Belloni (Salmon Point) Lighthouse, click the lighthouse in the above map.