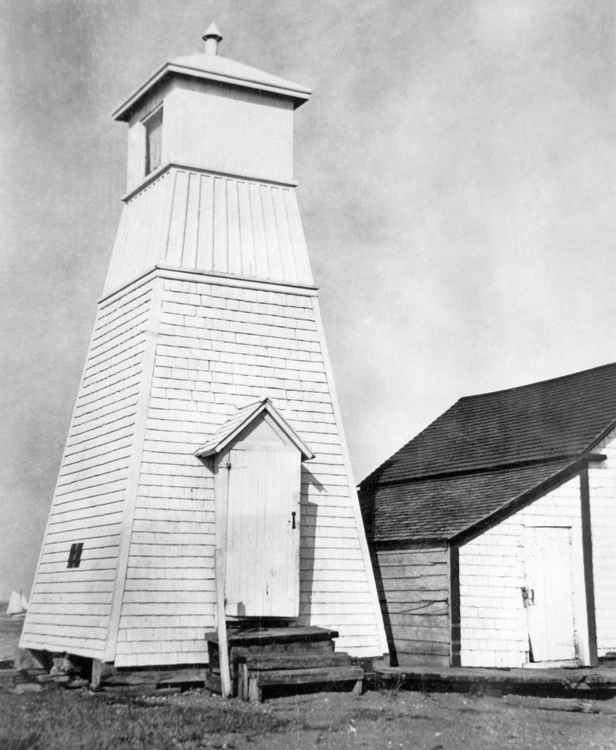 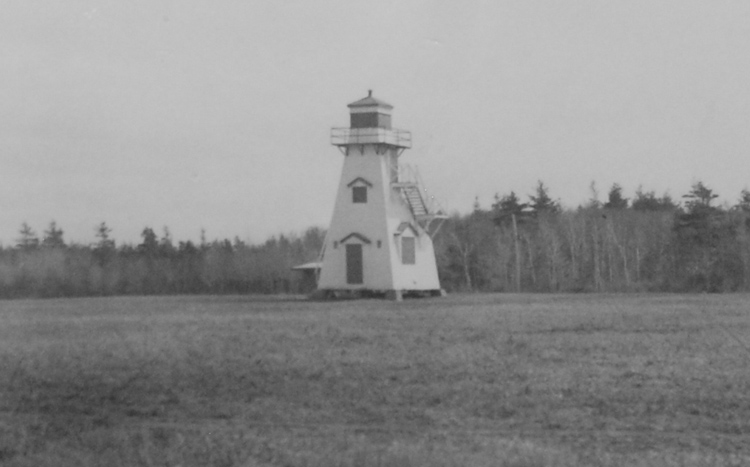 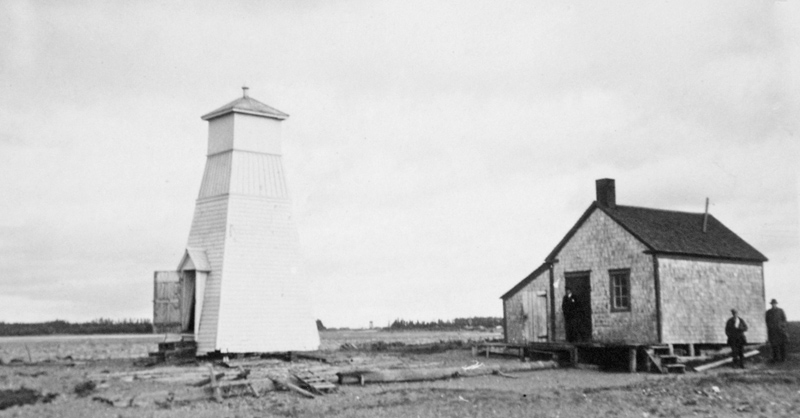 On April 21, 1871, range lights were established on Carron Point at a cost of $683 to mark the way into Bathurst Harbour. Both towers were hexagonal, with the front one showing a fixed white light and the rear one a fixed red light. John Conners was hired as their first keeper at an annual salary of $80. The total cost of constructing the two towers, including the lighting apparatus, was $682.60.

In 1878, the rear (eastern) tower was relocated to the site of the front (western) light, and a new square wooden tower, painted in red and white stripes, was built to display the rear light. P. Carroll was responsible for this work and provided the following description after its completion:

I arrived at Bathurst on the 25th June, and called on T. E. OBrien, Esq., and P. J. Hachey, Harbour Master, and as no opinion had been given as to the best means of raising each beacon ten feet, and they being already an imperfect piece of mechanism, on stormy nights shaking so much that the lights went out, I agreed with their concurrence to move the western tower off its foundation, still keeping it lighted, and erect in its stead a new tower the height required, and when the latter was lighted, move the western or old tower to the site occupied by the eastern or low tower, by this means the height asked for in the report has been effected, and without any interruption of the lights for an instant.

This work is now completed, and the light in the new western tower stands 43 feet above high water, and is red striped. The light having a 20-inch reflector and mammoth flat-wick, I may remark that it is the most brilliant red light in your Agency, it is composed of strips of red glass four inches wide kept an inch apart in a frame showing very brilliant at a distance of 14 miles. The old western tower which is now moved to its present site, and strengthened, has its side door closed and a new stairs erected, and the passage is by a hatch in the floor, is painted white, is a white light having a 20-inch reflector, mammoth flat-wick, is a good light, gives full satisfaction to fishermen and others. The old tower is moved a distance of 100 yards in the shade of the keepers building to prevent it being seen by day from any approach from sea, it may be required at some other point, and many persons from Clifton have remarked that it would be well suited for the breakwater now being erected.

A new square, pyramidal tower, topped by a square wooden lantern, was erected in 1898 to take the place of the worn-out front tower. In 1915, a pole light, distant 3.8 kilometres from the front light, was erected to serve as the rear light. Previously, the two range lights were separated by just 110 metres. The front, wooden tower was used until 1970. This tall skeletal tower was being used as the rear light in 1968.Modern skeletal towers displayed lights on the range until they were deactivated in November 2018.

For a larger map of Bathurst Range (Carron Point) Lighthouse, click the lighthouse in the above map.